TSS is incredible—and incredibly expensive. Out test proves that the best budget turkey loads get the job done too 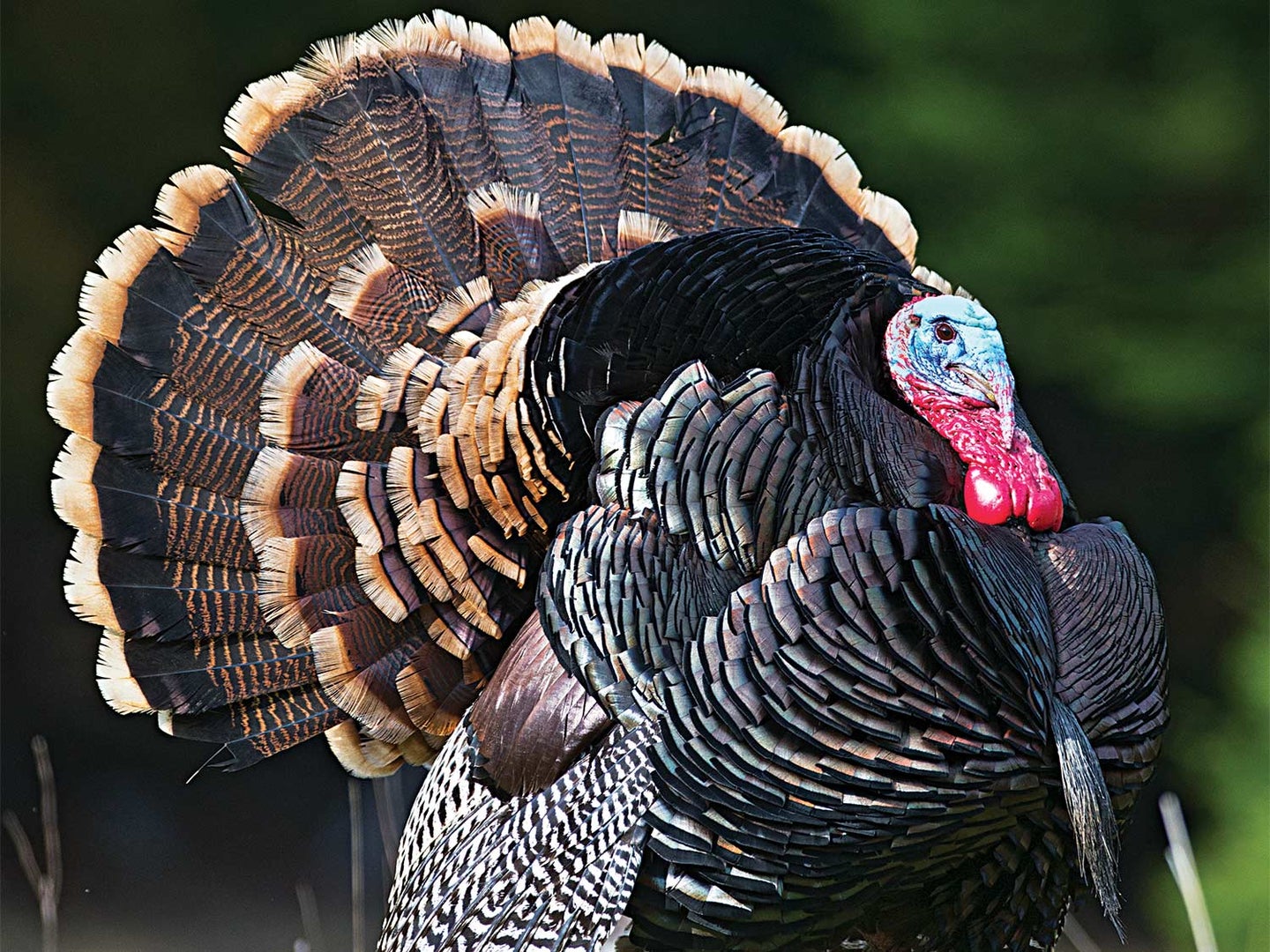 A Merriam’s gobbler stops to strut on his way to the call. Donald M. Jones
SHARE

Funny what we will get used to paying ­ridiculous amounts of money for. First it was $100 flashlights, then $400 coolers, then $2,000 duck guns, and now it’s $30 to $60 for a box of five TSS turkey loads. Yet a $15 Mini Maglite still shows you the way; a $50 Coleman cooler keeps your drinks cold; and a $300 870 Express kills ducks. Naturally, then, you might wonder if you really are missing out by spending $10 for a box of turkey loads instead of $10 per shell. You might wonder, Is TSS really that much better than the best budget turkey loads?

So let’s get this out of the way: Yes, you are missing out—if killing turkeys from more than 50 yards away matters to you. And yes, they are better. TSS extends the range of turkey guns beyond the reach of lead. Period.

But what about at normal ranges? How do the best budget turkey loads stuffed with lead, instead of TSS, stack up there? It’s a question I hadn’t given much thought to recently, given all the fuss about TSS. But I think it’s fair to assume that not everyone wants to pay TSS prices. So, I collected a pile of affordable lead loads and took them to the range. I chose all 12-​gauge 3-​inch loads of No. 5 shot because my gun has a .665 choke that does well with 5s. I also spot-​­checked my patterns with a Mossberg 835 to be sure the results were not gun-​­dependent.

I divided the loads into three categories by street price: under $10, $10 to $19, and Winchester Long Beard, which at $20 per box is in a class by itself in terms of both price and performance. Finally, I shot some tungsten loads for comparison’s sake. I did all my shooting at 40 yards. For each load, I took five shots, counted the hits inside a 10-​inch circle, and then took an average.

Read Next: The Best New Turkey Hunting Gear of 2021

How to Test for the Best Turkey Loads

After a marathon shooting session from a Lead Sled on a bench, my new theory on turkey loads is this: Slow and steady wins the race. One of the main challenges in making a good turkey load is protecting the shot from deformation so that it stays round and flies true. This is especially important with heavy payloads of lead shot, in which soft pellets are stacked tightly on top of one another. If it helps, imagine pellets in a shotshell like people packed into a bus—​and suddenly the driver hits the gas, hard. The faster that acceleration, the more folks will go crashing into one another. But if you slow that down and add padding between the passengers, they’ll suffer fewer bumps and bruises.

To keep round pellets from becoming deformed under acceleration, you start with hard, high-quality pellets, but you also protect them from the bore with a tough shot cup and surround them with a cushioning buffer material. And you keep velocities comparatively low. With only one exception, the best patterns I shot came from the slowest loads (under 1250 fps and as low as 1100), and the worst patterns came from faster ones. Lots of hunters never bother to look at the speed written on a box of shells, and many of those that do look assume faster is better. If you want optimal patterns for turkey hunting, you should pick the slower load.

Maybe I’m spoiled after shooting overkill patterns of TSS, but most of the lead ­patterns I shot seemed sparser than I remembered. None met the 100-​pellets-​in-​a-​10-​inch-​circle minimum standard that’s accepted by many—including me up till now. One of the most surprising results of this test for me is that after looking at all the patterns, I am now confident that 70 hits in a 10-inch circle will do the job. In fact, I know it will because I’ve killed turkeys at 40 to 45 yards with several of the test loads that didn’t meet the old standard.

I also learned, once again, that no two patterns are the same, even from the same load. In fact, there’s a lot of variation from shell to shell in the same box. This means that even the ­highest-​quality loads can’t guarantee the shell in the chamber is going to pattern the way you expect it to. On the plus side, you now have yet another built-in excuse for the next time you miss a gobbler. There’s another thing this inconsistency proves, and that’s that one-shot pattern testing—a common practice among hunters—doesn’t tell you much of anything. If you want to get a good idea of how a load will typically perform, three shots is the minimum, and five is better, which is what I did for this test.

Results from the Range Test

In strictly bang-for-your-buck terms (or bang-for-your-tom, as it were), Rio’s Royal Turkey Magnum loads ran away with it. At just over $6 for 10, they averaged 65 hits per shell—which comes to 103 hits per dollar spent. (The next closest was 71 hits per dollar.) I wouldn’t shoot past 35 yards with these, but if you’re a woods hunter or you like to call birds close, there’s no better bargain.

For those who want to stretch their shots out to 40 yards, basic, low-tech Remington Nitros and Federal’s Grand Slams tied for the best of the test. Both averaged 76 hits for a little more than a dollar per shell ($11 per 10).

If that’s still not far enough, and you want to shoot lead, there’s only one choice. That’s why Winchester’s Long Beard XR is in its own ­category—and ​it deserves to be. Long Beard averaged 100 hits in the 10-inch circle, roughly 25 percent more than any other lead load. Although I tested No. 5s, patterns I’ve shot with ­higher-​­energy 4s would make me confident in Long Beard to 50 yards and maybe a step or two more. They aren’t exactly cheap at $2 per shell, but no other lead load comes close in performance—and no TSS load comes close in price.

In short, from zero to 50 yards, there are lots of good affordable options, and several standout bargains. There’s also an advantage to cheap loads besides the price. At 25 yards, my favorite—and therefore now discontinued of course—high-dollar Kent TK7 Penetrator No. 7 load packed all its pellets into a 61⁄2-inch circle, which is a recipe for a clean miss up close. At the same range, Fiocchi’s Golden Turkey load spreads to ­almost 10 inches. That’s a difference of 45 square inches, making for a much greater margin for error, which is something you may well need when there’s a bird spitting and drumming in your lap. Of course, that’s an experience you’ll never appreciate if you shoot them at 60 yards with TSS.

If you hunt turkeys the right way—by luring them inside 30 yards—then any of the loads I tested will tag your bird. That means you can shoot the cheap stuff and save your money for taxidermy.

For each of the loads below, I fired five shots at a patterning board from 40 yards, counted the hits inside a 10-inch circle for each, and then took an average. Unless otherwise indicated, all are 3-inch 12-​gauge No. 5 loads.

Read Next: The Best New Gobbler Guns for 2021

The Best Turkey Loads for Any Budget

It’s important to note here that I tested these loads before the pandemic pushed ammo prices through the roof. I would update the costs below, but prices are changing every day as we speak. So, while you are just about certain to pay to more than what’s listed below, this still gives a apples-to-apples comparison of relative costs, and with any luck, prices will come back down to the normal numbers below.

Turkey Loads that Cost Under $10 (Pre-Pandemic)

Turkey Loads that Cost Right Around $20