4 Ways to Shoot Faster with Your Hunting Rifle

Countless critters escape because hunters don’t shoot fast enough. Here’s how to get on target and make a good shot in short order 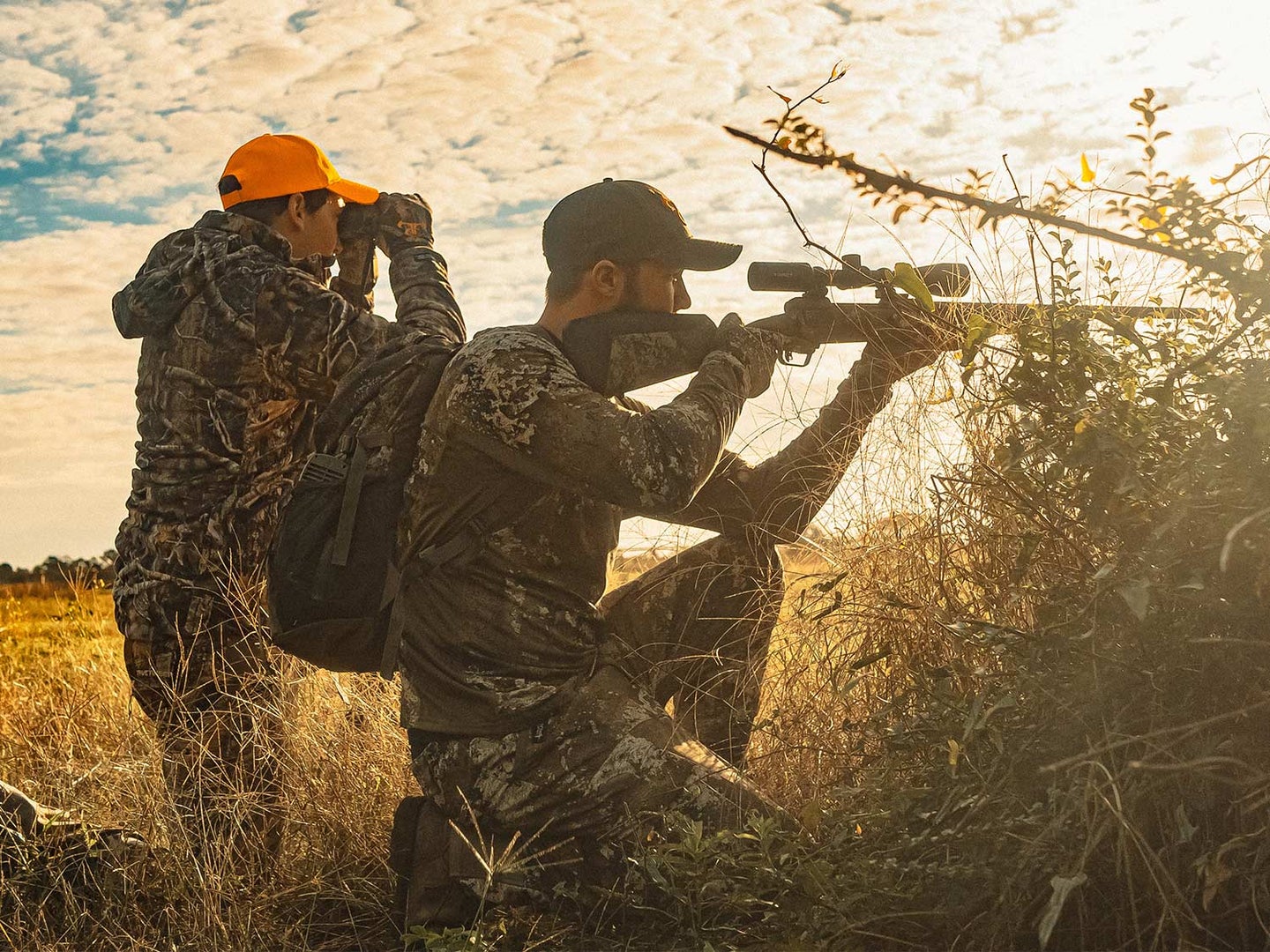 Shooting from the kneeling position is a good way to get steady and shoot quickly. Savage Arms
SHARE

Behold the average deer hunter expending his annual five rounds at the shooting range. He sits at the benchrest and gets comfortable. He gets those sandbags just perfect. He snugs the rifle into his cheek. He waits for the rifle to settle down, and then he fires.

Now behold him in the field, trying to get off a shot at an actual deer. He dithers; he fusses; he fidgets; and then he makes an amazing discovery—deer, unlike paper targets, get the hell out of there if you do all that stuff.

Most missed deer are lost because we are too slow in getting our rifles up and aimed. Following are four ways you can speed up your shooting and increase accuracy at the same time. Implicit in all four is the assumption that you will clearly identify what you’re about to shoot before you pull the trigger. Speed means keeping your composure and your concentration, and acting deliberately once you decide to act.

1. Shoot From the Kneeling Position

If you can’t quickly find a natural rest on a tree or a stump, use the kneeling position. It’s extremely quick to get into, and much steadier than offhand. The key to a steady kneeling position is to get your left elbow out ahead of your left knee; don’t leave it dug into your kneecap. Your upper arm, rather than your elbow, should actually be in contact with your leg. Kneeling is also helpful because you can pray from this position while you’re aiming.

You can drop into a kneel instantly. However, if you are hunting on the plains, take care that you do not kneel on a cactus or a yucca. You’ll still be pulling spines out of your leg weeks later.

2. Shoot Quickly from a Treestand

Being ready in a treestand is, I think, tougher than being ready anyplace else. You are up there where they can see you clearly, and I don’t care what kind of camo you wear—if you move, you are sunk. So you have to stay motionless for hours, and when it comes time to aim, you can make only the most minuscule motions, and you can’t make any noise at all.

You have to approach this situation in a military manner. When soldiers set up an ambush, they assign fields of fire. Each man covers a certain area. That way, nothing is neglected and you don’t get the whole patrol shooting at the same spot.

What you do is figure out where your deer is most likely to appear, get into shooting position to cover that spot, and freeze. Don’t assume that the animal is too far away to see you, or that a little movement won’t do any damage. Years ago, I had a nice South Carolina whitetail walk right under my treestand and pose about 50 yards away. To shoot him, I had to lower the rifle barrel a couple of inches, but he saw this and ran. If I had waited for him to move off another 25 yards, I wouldn’t have had to move and he would have been venison.

3. Unsling Your Rifle or Sling It for Faster Shooting

The only time you should sling your rifle across your back or over one shoulder is when you have no intention of using it. If you must sling your gun, do it this way: Carry it slung over your left shoulder (assuming you’re right-handed), muzzle down, scope to the rear. When it comes time to shoot, grab the fore-end with your left hand, and in one motion haul the rifle up and back into your right shoulder. The sling should drop to your upper arm and act as a brace. With a little practice this can be done almost instantly.

It makes more sense to simply carry the rifle, muzzle forward and down, safety on, finger outside the trigger guard. You can get the rifle up quickly, and if you stumble, you can keep the muzzle pointed away from you. When it comes time to shoot, push the safety off, and only when you’re dead certain of what you’re shooting at, bring your finger inside the trigger guard.

Shooting offhand is very unsteady, and many hunters tend to stand there and wobble as the agonizing seconds tick by. Instead, head for the nearest tree. Take off your hat, and hold it against the tree with the back of your left hand. Now grasp your gun and aim. You’ll find that you have a nearly dead-solid hold and that you can get the shot off almost instantly. (Why the hat? Because you can take the skin off the back of your hand if you don’t have something to cushion it.)