5 Western Muzzleloader Hunts To Put On Your Calendar

Whether you’re a seasoned muzzleloader hunter or new to the game, keep these five hunts in mind for the fall 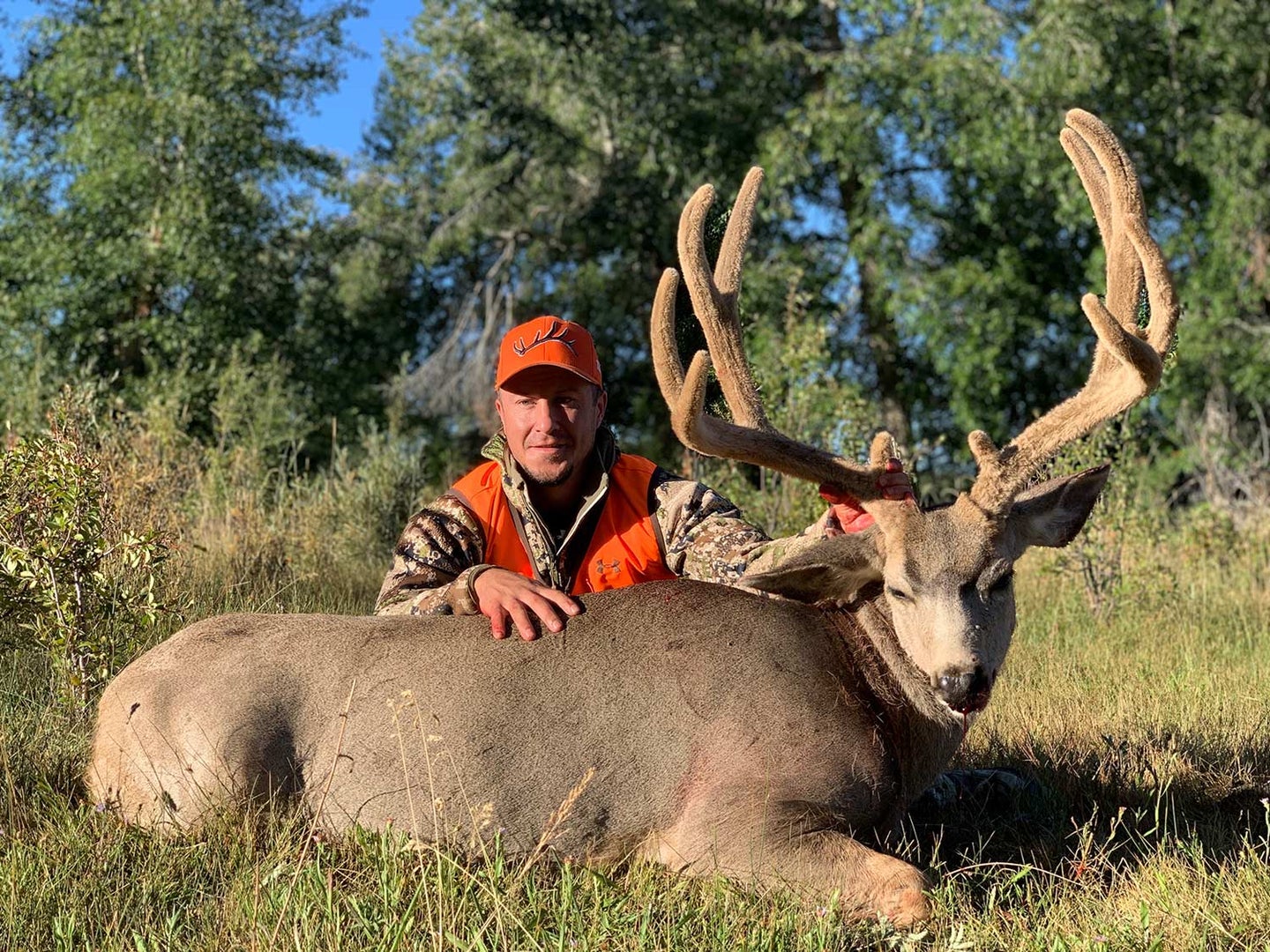 Catch muleys before they go into the rut during Colorado’s muzzleloader season. Jace Bauserman
SHARE

It doesn’t matter if you tote an old flintlock, caplock, or traditional in-line, muzzleloader hunting is a blast, and in many states, seasons specific to these primitive guns boost draw odds. While regulations concerning scopes, sabots, and the like vary, these western muzzleloader hunts are worth looking into.

You can’t plan a smoke pole sojourn for mule deer without looking into Colorado. From its eastern plains to its alpine basins, the Centennial State is rich with wide, heavy-racked bucks. Since going to an all-draw deer system for resident and non-resident hunters, Colorado has seen a jump in both deer numbers and quality. The CPW’s (Colorado Parks and Wildlife) most recent population count showed 418,310 mule deer lurking in the state.

In 2020, Colorado allowed muzzleloader deer hunts in 85 Game Management Units across the state, and many of those units permitted hunting in adjoining units, giving hunters even more room to roam.

Colorado’s mule deer hub is the Western Slope, and units surrounding Garfield, Mesa, and Gunnison counties get loads of attention, making them difficult to draw. If you don’t mind the wait, units in these locales will be well worth it.

If you just want a mule deer adventure, do your research. Every year, a number of B&C (Boone & Crockett) bucks are taken from units that don’t make the state’s “must hunt” list. The key, especially for those hunting in the mountains, is gaining vantage points and putting the glass to work. Colorado’s muzzleloader season in mountain units typically falls in mid-September and runs, roughly, nine days. Bucks will be in alpine areas following a strict schedule of napping and browsing.

Plains and river-system seasons happen in mid-October. October plains deer have yet to start thinking about the rut, and while you may find a scrapper mingling amongst a harem of does, the big boys will often be alone. Look to heavily covered sage flats with a dry creek or two slinking through them. Other October plains mule deer hotspots include abandoned prairie homesteads, cedar-choked canyons, and tumble-weed lined fences. For more information, visit cpw.state.co.us.

Iowa and Illinois get a lot of praise, but when it comes to deep-winter whitetails with a muzzleloader, Nebraska should raise an eyebrow. With over 1.2-million acres of public property that includes state, federal, BLM, and walk-in areas, the Cornhusker State is pure whitetail nirvana.

Tags are available over-the-counter for resident and non-resident hunters, and the season runs from December 1 to 31. In addition, tags don’t break the bank. Nonresident hunters can secure a tag for $242, and youth permits cost only $8. It’s a fantastic state to take a kid on their first hunt.

When it comes to topography, Nebraska has it all: CRP, sagebrush, sandhills, creeks, major river systems, and the list goes on. It should also be noted that Nebraska, according to a recent survey conducted by the NGFP, found only 5.7 percent of hunters noted muzzleloader as their weapon of choice. This should make finding a little public land solitude easier. For more intel on Nebraska’s fantastic public lands, visit outdoornebraska.gov.

With a population that trumps the rest of the continent and an all-methods-of-take success rate that hovers around 85 percent, Wyoming pronghorn hunting is something you must do at least once in your life. Like Colorado mule deer, all Cowboy State pronghorn tags are managed under a limited quota framework and tags must be applied for. This process typically begins in early January.

Unfortunately, the state only offers a few Type 0 (Muzzleloader Only) units. With that noted, a Type 1 Any Antelope Tag allows hunters, should they choose to do so, to hunt with archery equipment from August 15 through September 15. If you don’t fill the tag, you can hunt with a muzzleloader from September 16 through October 31.

Trophy potential across the state is high, and according to a report put out by the WGFD, pronghorn populations are stable and climbing in most units across the state. As for access, Wyoming has 18-million acres of public land. Give Wyoming’s antelope, deer, and elk hunting regulations a read, and you’ll be on your way to planning a pronghorn mission in no time.

Rich in public land and black bears, Idaho offers muzzleloader hunters a great opportunity to harvest a spring or fall bruin. Better yet, there’s a solid chance that bear will be wearing a coat other than black. Reports coming out of the Gem State show 60 percent of bears taken, in certain areas, have coats of brown, cinnamon, and blonde.

According to Idaho’s Department of Fish and Game, between 20,000 and 30,000 bears roam the state, and over the next 10 years, that number is expected to grow by up to 15 percent. In many Idaho units, especially in the state’s northern half, nonresident bear hunters can pick up a second tag for $41.75. Not to mention that wolves are populous in Idaho and hunters can pick up a tag for $31.75.

Black Bear muzzleloader hunters looking to Idaho should know that bears can be taken over bait, with hounds, and by way of spot and stalk. Hunters may run up to three bait stations on public land, and bait permits may be picked up at IDFG offices. Visit idfg.idaho.gov for more information.

The Centennial State boasts the nation’s largest herd of elk—292,760—according to the CPW’s 2019 post-hunt population count. What’s even better is that Colorado’s nine-day muzzleloader season falls smack in the middle of the elk rut. (The 2020 season ran from September 12-20.)

Colorado manages elk for hunter opportunity, and those itching to get into the elk woods with their muzzleloader won’t have a long wait. Piles of units across the state can be drawn with one or two preference points. Hunters in these short-wait units should expect some hunting pressure, but those that get off the beaten path should find vocal bulls.

Often overlooked as a big-bull state, Colorado does have some giants. While a monster bull could be found anywhere, units that require more preference points are typically where most of the state’s 300-plus inch bulls come out of. Those willing to wait can start piling up the points. Colorado’s draw application process typically opens in late-February and runs through the first week in April.