Here’s Why Shooters Shouldn’t Make Their Own Targets 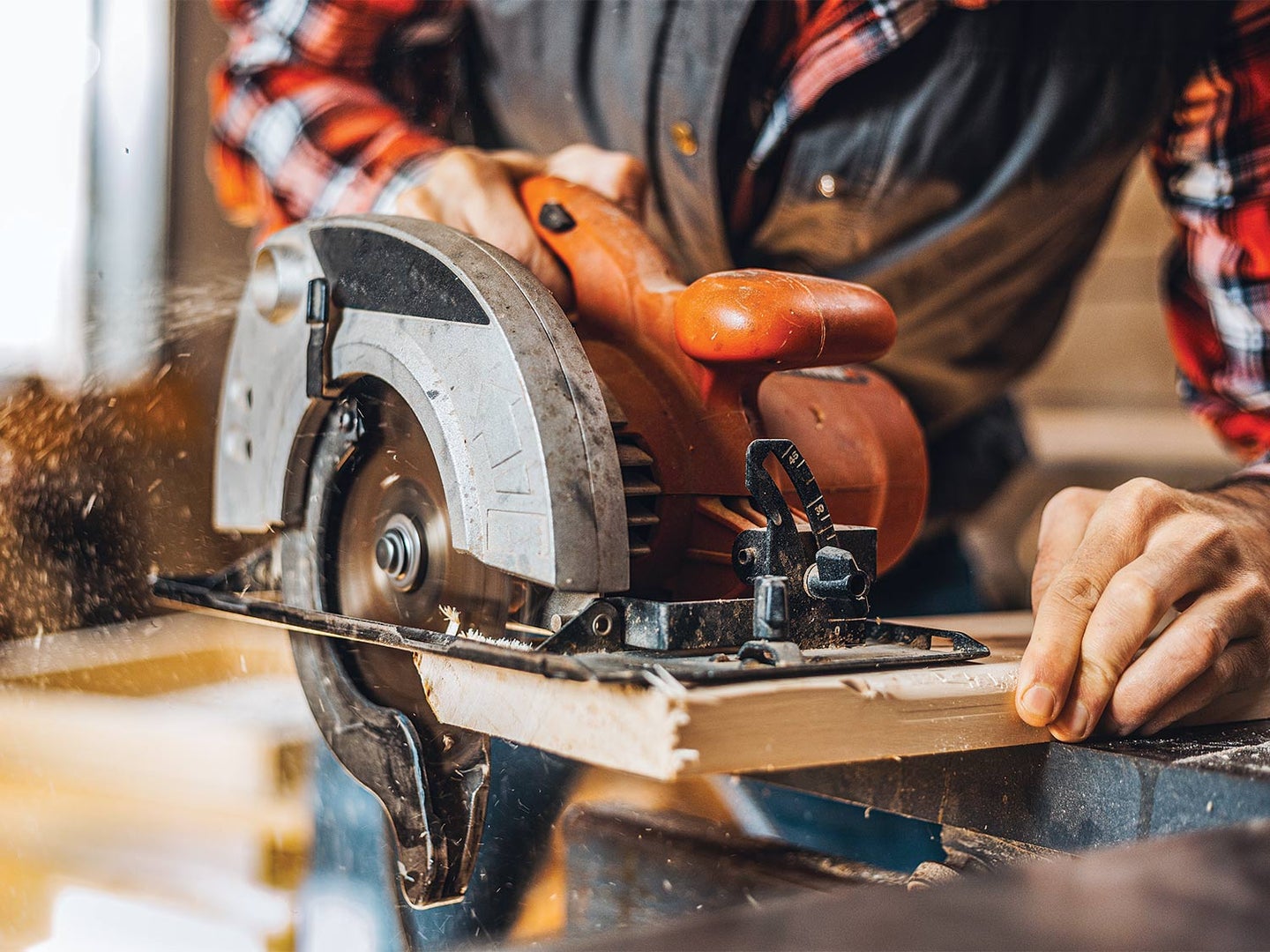 When making a crosscut with a circular saw, always support the work on a nice, solid surface—not on an old archery target. obradovic/getty images
SHARE

I like to shoot a pistol as much today as I ever did, but I haven’t shot in a pistol competition since the day Logan Baker cut his thumb off.

We were buddies fresh out of college, and we both had the plinking bug, spending money we didn’t have on ammo destined to be burned up on cow turds and Clorox bottles. Jay, the owner of the little gun shop we frequented, fancied himself a tactical guru. He had a hell of a belly and manned his gun counter from a roller stool surrounded by an ever-present cloud of Marlboro smoke. He’d roll one way to get us more boxes of FMJ pistol ammo, and then roll back to take our cash.

One Friday, Jay told us about an open International Defensive Pistol Association match at his gun club. It sounded like a good time. We’d need even more ammo than usual, he said, and double magazine pouches for our belts too. Baker went ahead and bought a new holster.

Gunfighting with cardboard targets while a timer’s running is fun. Baker and I had similar scores by the end of the match, and neither of us was dead last. There was an old man with a revolver and a bad hip, and we both beat him pretty good. But with the ammo and gas and match fees, it was expensive.

“You know, we could get us a timer and make our own targets,” Baker said on the drive back. “It’d be cheaper than driving down here and paying to shoot.”

You couldn’t stop Baker once he was stricken with a good idea. He was living in a rental house with an ample supply of tools, and he decided to begin making the targets immediately. I promised I’d come back to help him right after I picked up some more ammo. But when I returned, Baker’s garage was empty. There was a Styrofoam bow target—the $13 kind used at summer camps everywhere. There were also some chunked up two-by-fours, a circular saw, and a bloody piece of paper with a note that said: Brantley: At ­hospital. Cut my thumb off. Also, you left your pistol in my car. —L.B.

Baker had been cutting old two-​by-​fours, making them into target stakes, and using the bow target as a sawhorse. The saw had bucked and gotten just squirrelly enough to whir through the web of ­Baker’s off hand and deep into the bone of his thumb.

He was drugged up and belligerent when I got to the hospital, mostly because the doctor had wanted to catch the end of a ballgame before sewing the thumb back on. But his hand was all wrapped up, and he was told that everything should heal up mostly right. I shuffled around trying to think of something sensitive to say before he let me off the hook. “You asshole,” he slurred. “I know why you’re here. My keys are in my pants pocket. Go on and get your gun out of my car.”

A week later, we went shooting again, but just down at the creek. Baker got pretty good at blasting Clorox bottles with one hand. It didn’t cost us any entry fees, and we managed to have fun on a 50-round budget.

I told the whole story several years later at Baker’s wedding reception, where I was best man. I had to wear a tux, which I didn’t especially like, but Baker had sacrificed his own thumb for our friendship. Dressing up to make fun of him in front of his new family was the least I could do.