What’s It Like to Grow Up in Bear Camp?

Alaska guide Tia Shoemaker on living and surviving in the bush 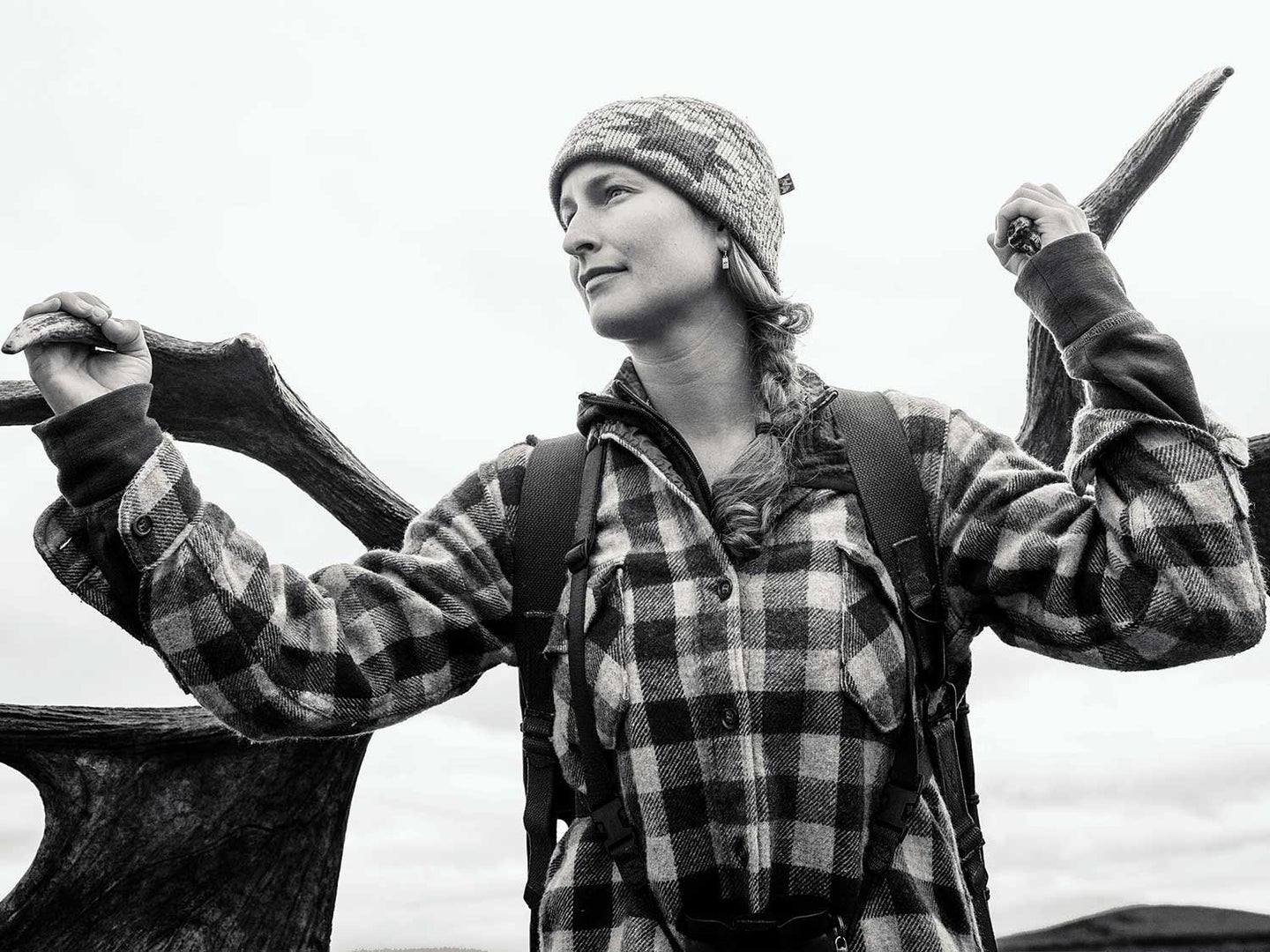 Tia Shoemaker was raised and homeschooled at her family’s bear hunting camp in remote southwestern Alaska, 65 air miles from any other humans. She arrowed her first ptarmigan at age 5, shot her first caribou at 9, flew a plane at 15, and guided her first bear hunt at 20. Today, she is a Registered Alaska Guide, running moose and bear hunts with her father, mother, and brother from the same family operation, Grizzly Skins of Alaska.

Q: You were raised in a remote ­Alaskan hunting camp, right? What was that like?

A: Well, it was all I knew, so to me it was a normal childhood. When I wasn’t being homeschooled or playing with dolls, I was practicing card tricks, learning dirty jokes, and obsessing about the day I’d get to guide clients.

Q: Can you recall your earliest memories of hunting?

A: They’re of others hunting—of my dad and his clients coming back from the field, covered in blood, with stories of adventure and hardship, exhausted but happier than anyone I’d ever seen. I loved standing in the skinning shed, watching guys flesh hides and turn ears and noses and lips. Like all little girls, I dreamed of the day I’d flesh a hide.

Q: When did you get to hunt for yourself?

A: When I was 5, I was given a bow and arrows and set loose to chase ptarmigan barefoot across the tundra. My first big-game animal was a caribou that I shot at age 9.

Q: How about your first time guiding a bear hunt?

A: I was 20. My client was super nice but later told me he’d doubted my abilities because of my age and sex. We shot a decent bear—just under 9 feet—but he wounded it, which sent the bear into a full charge. I shot it square in the head.

Q: Were you terrified? Was it hard to stand your ground?

A: No and no. I grew up around bears and learned very early on that you have to stand your ground. You just deal with the situation. The bear dropped when I shot him, so that was that.

Q: You’re a brown bear guide and a bush pilot. Are you an adrenaline junkie or do you have a death wish?

A: Ha! Neither. I’m very cautious with both. Yes, they each have built-in dangers, but I’d rather hedge my bets doing what I love than die in a car wreck.

Q: Settle the debate: What is the best rifle and cartridge for brown bears?

A: Whatever you shoot best. I’d much rather guide someone who’s competent with his .270 than someone with a high-power rifle that they’re scared to shoot or are unfamiliar with. I’m extremely happy with my Echol’s .416 Remington for a backup rifle.

Q: What is it that draws you to these animals?

A: Watching bears is endlessly enjoyable. Observing them right after they emerge from hibernation, as they slide down hills covered in snow and then climb back and do it again…. They are often very playful, and their agility and speed are a sight to behold.

A: That they’re out to get you. They aren’t. They have zero interest in humans as a food source. They are extremely curious, and people often mistake that for aggression.

Q: What’s the best part of your job?

A: I love that it allows me to interact with animals in a way few people do, and to hunt with and get to know folks I’d never meet otherwise. It’s been a great way to broaden my horizons.

This story originally appeared in the December 2019-January 2020 issue of Field & Stream.