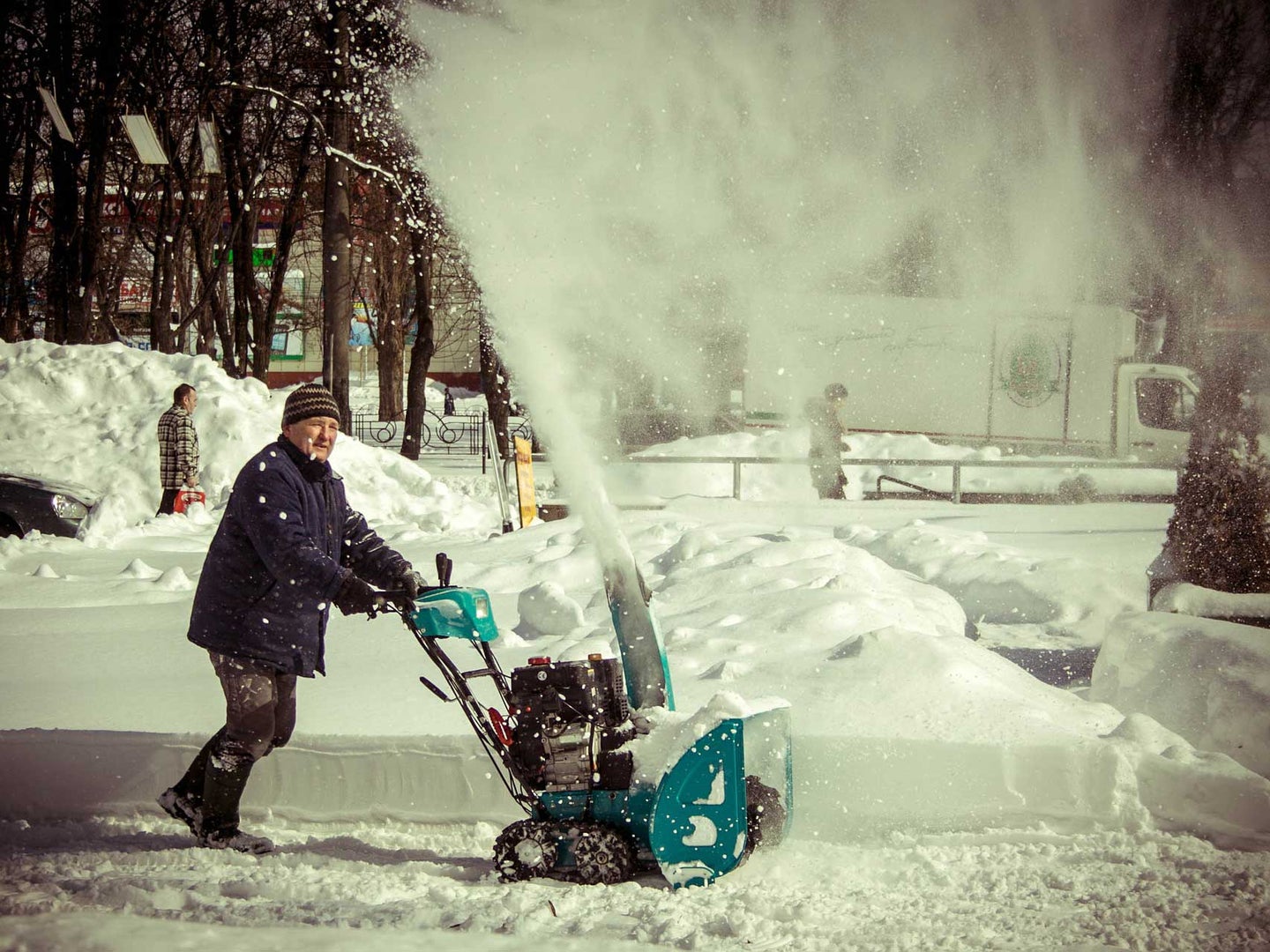 Best Snow Blower: How to Choose the Right Size and Type for You

We may earn revenue from the products available on this page and participate in affiliate programs.

A snow blower makes short work of snow removal jobs that would take hours with a shovel. Snow blowers come in several sizes, types and price points, so finding the best snowblower depends on several factors. Think about how much snow you have to move and how many times a year you will use a snow blower, and you can choose the best snow blower for your needs. Best of all, that shovel you’ve come to hate will become an interesting artifact hanging on your garage wall.

Considerations When Shopping for the Best Snow Blower

First you need to choose between a gas powered snowblower and an electric one. Both kinds have come a long way. Snow blowers with four-cycle engines run on straight gasoline instead of an oil and gas mixture, which simplifies use. Gas machines tend to be heavier-duty, but also heavier and much louder than electric snow blowers. Some electric snow blowers are corded, some cordless.

Then you need to decide type and size. Single stage snowblowers have an auger that picks up the snow and blows it out the chute, while costlier two stage machines work faster because their augers only have to move snow up to an impeller that does the actual blowing.

Snow blowers come in different widths capable of cutting larger swaths through snow, and extras as electric start, headlights, and heated handles add to the cost.

The machine must also be appropriate for the winter weather where you live. Think about how much snow you have to clear and how often you will use a snowblower as you sort through the options.

Do You Have to Clear Large Areas?

The best snow blower for clearing long driveways or sidewalks will be powerful enough to efficiently clear a wide swath of deep snow. A two-stage snow blower moves snow faster and throws it farther than a single stage snow blower can, and it won’t bog down in deeper drifts. The wider the clearing width, the fewer passes you’ll need to make to get the job done.

A tracked two-stage with all the bells and whistles, this snow blower handles any blizzard. Ariens

A top of the line residential model, this Ariens snow blower features a fuel-efficient EFI engine that starts with the turn of a key and a single pull every time. As a four-cycle motor, it runs on straight gasoline, too, not a fuel and oil mix.

With a 24 inch clearing width and a 14-inch auger inside a very tall housing, the Platinum will make quick work of clearing snow from large areas. It can blow snow up to 55 feet, reducing the chance of having to move the same snow twice. Self-propelled on tracks, it has a zero-turn feature enabling it to spin in place. Heated handles keep your hands warm while headlights let you see what you’re doing.

Do You Want an Electric Snow Blower?

Gas powered models still have an edge in power and snow removal capability, but the best cordless snow blowers can clear all but the heaviest snowfalls.

The EGO cordless snow blower has 24-inch clearing width, making it as big an electric machine as you will find. A two-stage snow blower, it can easily handle eight inches of snow while still being lighter, quieter and more maintenance-free than a comparable gas-powered machine.

The EGO cordless snow blower comes with plenty of extras, too. It’s self-propelled and has both forward and reverse gears and headlights.

Do You Need a Smaller Model?

If you don’t have much storage space, a compact snow blower could be your best choice. While these aren’t as efficient as full-size models, some are still plenty powerful for many residential needs.

You’ll hardly know the 21 inch Power Clear is there until you need it. TORO

A compact design lets this single stage model sit out of the way with its handle folded in the garage until snowflakes fall. Powered by a 212cc engine, the 21-inch auger can eat through snow up to 12.5 inches deep and throw it 35 feet out of your way. An electric starter and self-propulsion make this Toro snow blower easy to use.

Do You Need to Clear Snow from Gravel Surfaces?

Two-stage machines are the only way to go on a gravel drive. Since one-stage snow blowers rely on their auger to scoop and throw, anything the auger picks up flies out of the chute. A two-stage machine doesn’t have that problem.

Troy Bilt’s 24 inch two-stage snow blower is self-propelled, has an electric start and a wide 24 inch clearing width as well as a remote crank-controlled chute. It can clear snow up a foot deep, won’t throw gravel, and makes a good all-around choice even if your driveway is paved.

Do You Need a Professional-Level Snow Blower?

If you routinely have to clear deep snow off of large areas often, and are willing to invest some money to be able to do the job efficiently, consider a commercial model. These are wider than residential models, but they move a lot of snow.

If you routinely have to clear deep snow off of large areas, the Ariens Professional Hydro 36 is a great choice. Ariens

Clearing a massive 36-inch swath through the deepest snow, the Ariens Professional has a hydrostatic transmission that is much simpler and longer lasting than most snow blower transmissions. Its 16-inch auger is capable of moving over 100 tons of snow per hour. It has all the extras you would expect from a top-of-the-line model, including heated handles, power steering with auto turn, headlights, in-dash chute control, and electric start.

Not everyone lives where snowfalls are measured in feet. If you only have to clear a few inches of snow in a small area every once in a while, you don’t need a big, powerful machine.

You’ll give up a lot of features and snow removal-power, but you probably won’t care. The least expensive models are the corded electric machines. Your range will be limited by the length of your cord, and you’ll have to be mindful so you don’t run over it, but you’ll be able to clear light snowfalls with no problem. Even in snowy country, some people keep a cheap model on hand for days when they don’t want the hassle of breaking out their big model.

Weighing only 32 pounds, the Greenworks corded snow blower is small enough to stash out of the way and get out to make quick work of a few inches of snow. It’s light enough to carry to an elevated deck—a great advantage for many homeowners. It starts with the push of a button, runs quietly, and clears a 20 inch wide swath. You will want to spend extra on a heavy-duty, cold weather extension cord for best results, but even with that added cost, this is one of best snow blower deals out there if you don’t have to move a lot of snow.

Do I need a two-stage snow blower?

Should I buy a gas or an electric snow blower?

Electric snow blowers have come a long way, and cordless models do away with awkward and potentially dangerous extension cords. Gas snow blowers will still move more snow, and they are heavier, which can be an advantage for maneuvering in the snow. But electrics are quieter and cleaner, and you won’t have to buy and store gas.

A Final Word on Shopping for the Best Snow Blower

Buy the best snow blower you can, because clearing snow with snow removal equipment that’s too small for the job is frustrating and time consuming. A few more dollars will often make a big difference in efficiency.