The Best New Bow Sights and Rests of 2022 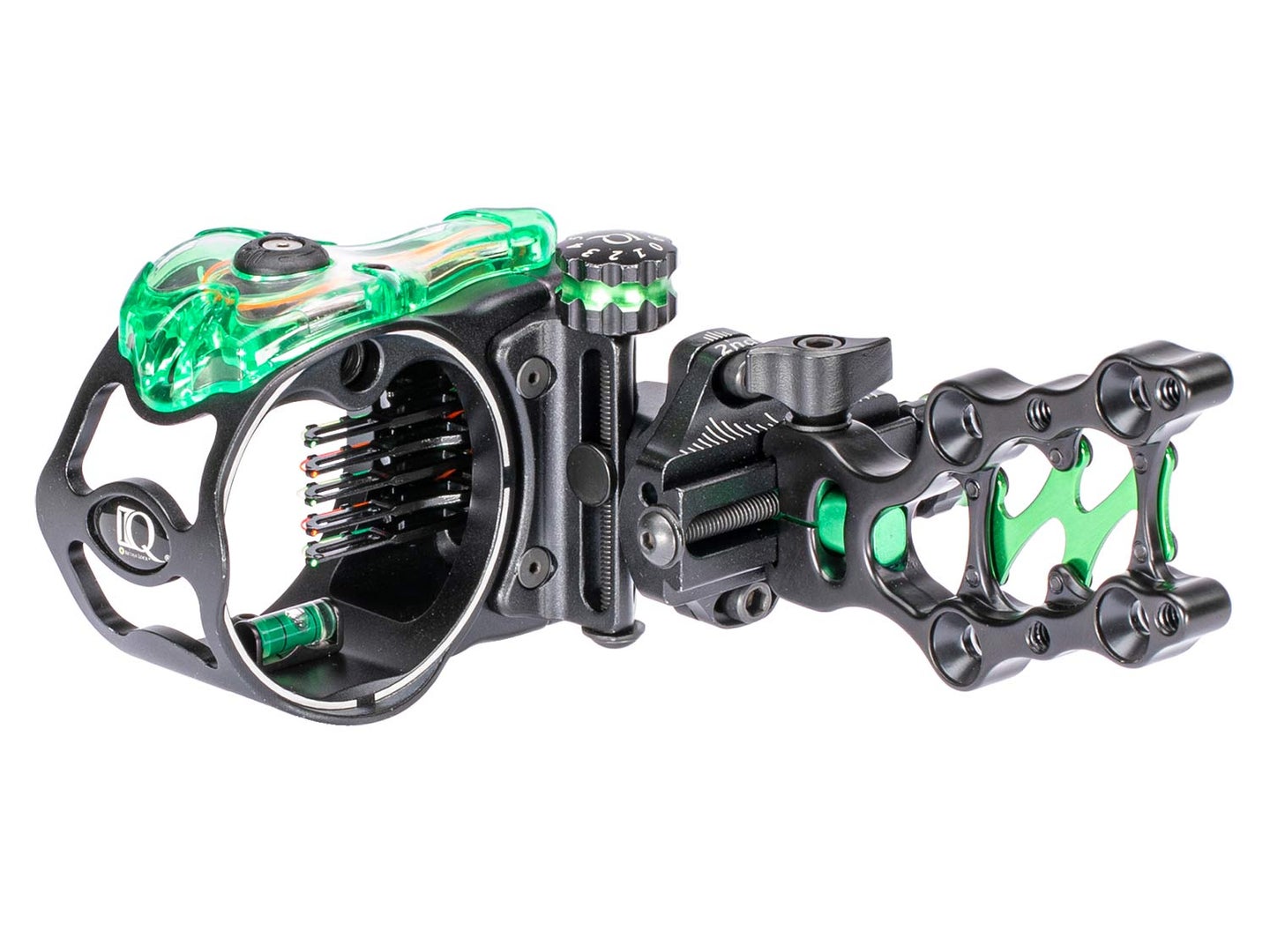 With the continued rise of the crossbow revolution, there seems to be a pump-the-brakes moment on vertical-bow accessories. It wasn’t long ago when every manufacturer would, like clockwork, release a batch of new offerings in January. This year’s overall crop is not as bountiful, but there are a number of new bow sights and rests that should appeal to western bowhunters and whitetail junkies alike. We have sight pins that set themselves, rest launchers that make bow tuning easier, and a couple of nice bargains, to boot.

Here are the best new bow sights and rests for 2021.

When it comes to sight choice, five pins paired with a large aperture seems to be the sweet spot for an awful lot of today’s archery hunters. That’s right where the new Apex Magnitude lands, meaning you’re good from 20 yard out to 60 on this third-axis adjustable sight. To appeal to folks who spend time in rough, up-and-down country as well as cushy ladder stands, the Magnitude is anchored by a lightweight, machined-aluminum bracket and held together with stainless-steel hardware. Choose from a standard mount or detachable dovetail mount.

Bowhunting companies borne from competition bloodlines tend to produce some of the best accessories out there. Such is the case with Hamskea. Their new Primer is an interesting option for bowhunters who want a lightweight, limb-activated rest—or anyone who’s after highly consistent rest performance and the resulting arrow flight. That’s just what the company focused on when designing the sights Rebound Dampener, which acts as a shock absorber to prevent cord stretch, address launcher flutter, and dampen limb shock. If this sounds like marketing-speak for normal rest performance, it’s not. Hamskea has a reputation for affordable, high-end offerings for a reason—they understand shot-cycle issues and remedy them. $130; hamskeaarchery.com

Modern bowhunters want uncluttered sight windows, pins that are bright enough in all hunting conditions, and innovation toward the ever-elusive, truly bombproof build. All three have been addressed, to some extent, by IQ this year. Their revamped, 10.5-ounce Micro Sight now contains thinner-than-ever, bladed pins, allowing for more precision gapping. Another big selling point of the IQ lineup is its Retina Lock technology, which gives shooters the chance to ditch their peep sight altogether (although you don’t have to). And this sight is built to last.

Take a family of four out to dinner at Olive Garden, or buy the PSE Black Mountain Sierra Micro Sight and have money left over. It’s your call. But one will give you a solid five-pin aimer while the other will give you garlic burps. The Sierra is designed with a 2-inch aperture, fully captured .019-inch pins, and it comes standard with a True Blue Sight Light. It’s not as fancy as some high-dollar bow sights, but you get a lot for your money.

Tuning bows has never been easier than it is with today’s technology, but that doesn’t mean it’s always easy. While you might deal with actual bow issues, oftentimes the culprit for wonky arrow flight is the rest. That’s one of the reasons I appreciate having options like the Code Red X. Full containment, a wicked-fast drop, and an innovative internal breaking system to eliminate launcher bounce back—and therefore unwanted arrow/vane contact—helps keep you from scratching your head, wondering why you can’t get a bullet hole through paper. Little details, like an over-molded launcher that keeps you from having to add moleskin to quiet the sound of your draw, are a big deal to serious bowhunters.

Hitting the Easy Button isn’t always the best idea in bowhunting, as shortcuts often prove to be more trouble than they’re worth. But React Technology, developed by Trophy Ridge several years ago, is an exception. Designed to take into account arrow speed (and drop) as it relates to two specific shot distances, like 20 yards and 60, this game-changer automatically sets your middle pins exactly where you need them to be. It almost feels like cheating. For 2021, the new React Retaliate offers all that auto-pin-setting tech in lightweight, five-pin sight with tool-less adjustments. So go ahead and take the shortcut.

These days, if you’re shooting a true fixed-pin sight, you might feel embarrassed toeing the line at Winter League or the neighborhood walk-through 3D course. Movers are where it’s at, which is why TRUGLO developed their hybrid Range•Rover M4 Sight. Five pins paired with a Zero-In adjustment dial allow shooters to set this sight as a fixed option—say, for everyday hunting—or use it as a slider for longer shots. Two icing-on-the-cake features include a smooth, one-hand bracket adjustment and a design that allows for tight-to-riser quiver mounting without spacers or any extra hardware.

If you’re after full-containment drop-away that won’t leave you broke, check out the Hyper•Strike from TRUGLO. This rest’s launcher is designed to be quiet throughout the draw cycle and to keep your arrow where it needs to be no matter what angle you’re shooting at. It functions off of the downward buss cable via a simple cable clamp and features independent windage and elevation adjustments. Instead of messing with a clunky, right- to left-hand conversion, southpaws can simply buy the Hyper•Strike made just for them.