Three Ways to Put On Your Best Fish Fry

Nothing beats an old-fashioned fish fry for good times and great food. 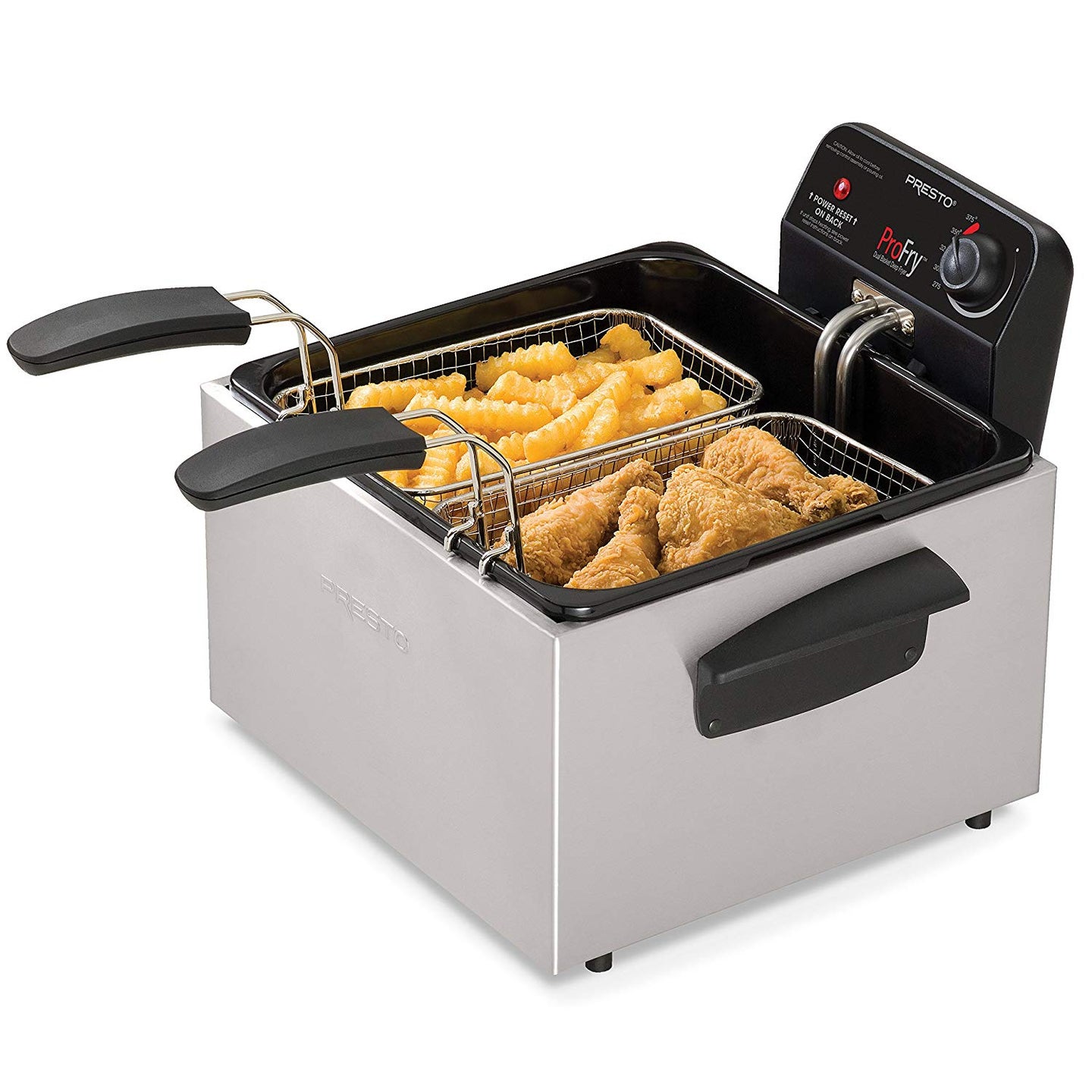 Whatever you prefer to catch, it’s hard to bead breaded fillets when it’s all said and done. Presto
SHARE

Cooking out is a time-honored pastime in the United States and having a fish fry is one such method that people enjoy throughout the country. Frying fish, whether outdoors or in, often goes beyond the mere act of cooking and into a socializing event with friends and family. All fish fryers are not created equal, however. To have your best fish fry ever, consider dropping your fillets into one of these three types.

Deep frying fish outdoors extends the outdoor experience you had when catching the fish. When done with friends and a cold beer or two, cooking fish can be as much fun as eating fish. You can hardly go wrong with most outdoor fryers, which typically consist of a propane-powered base with some kind of metal cooking pot on top. The key is preparing the fish before they go into a fryer. For starters, fish should be cleaned soon after catching, and not allowed to float around dead in a livewell or on a stringer for several hours. When you are ready to cook your filets, dredge them in a mixture of flour and cornmeal with a little salt and pepper, using amounts that suit your taste. If you’d rather use a pre-mixed batter, there are plenty available online and at your local grocery store.

Just because the weather might be bad outside doesn’t mean you need to forsake your fish fry plans. Several manufacturers make compact deep fryers made for use indoors, and they range in size from small to quite large. Whether cooking fish indoors or out, it’s important you heat your oil to about 375 degrees before dropping the fish in. If you do it too early, some of the batter is going to wash off, leaving you less than satisfied with your final product. Deep fry your fish in batches for about two or three minutes each, depending on the size of the filets. Internal temperature should be about 145 degrees.

If you’re going to be frying fish for large groups and don’t want to cook batch after batch, you’re going to have to make some upgrades, and that entails getting a seriously big fish fryer, much like the ones used at restaurants. Large fish fryers generally hold four gallons or more of oil, making them big enough to cook a whole mess of filets at a time. Most are recommended for outdoor use and powered by propane, although electric units for indoor use are also available. One drawback of really big fish fryers is they take a lot of oil to get the job done right, and when you’re done with them, cleaning up is a big task. Additionally, storing a unit requires a fairly large space. But if you love fish fries with your friends, all those things are easily overcome by the smiles you’ll get and camaraderie you’ll feel when you pour those golden-brown filets out on a platter and say, “Come and get it!”