What Does It Feel Like to Be Struck By Lightning? 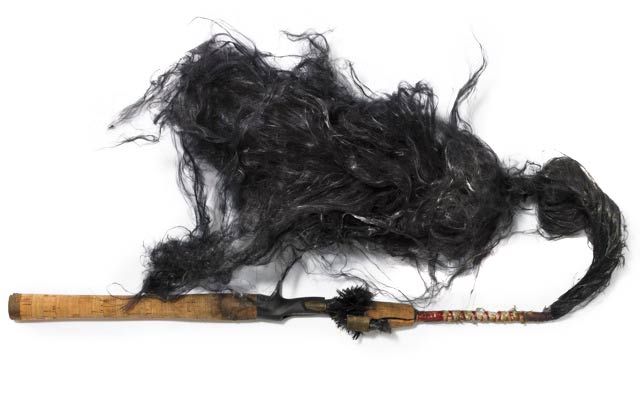 This is what was left of Neal’s fishing rod after he was struck by lightning. Cliff Gardiner & John Keller
SHARE

My dad and I knew it was going to rain that day, but we didn’t think much of it. The storm came up quick. It started pouring, and we put on our rain jackets. Before long, the rain stopped and the clouds broke. But then we saw lightning. The thunder rumbled closer, and I looked over at my dad and said, “That doesn’t sound good.” We kept fishing our way back to the dock. I had actually just caught a small largemouth. I released the fish and went to cast. That’s when everything went black.

I was launched backward and landed in the backseat between the two consoles. When I came to, I didn’t feel any pain at first. I just felt cold. Everything looked like a negative photograph—colors were different, nothing looked like it should. It smelled like an electrical fire, the vilest smell. It still haunts me.

I was in and out of consciousness. Then when I really came to, I felt like I was on fire. Everything was in slow motion. My muscles were all contracted and I couldn’t move my legs. I didn’t know where my dad was. I leaned over and saw a boat coming someone yelling that they were coming to get us. One of the men on the boat, Andy, turned out to be an Iraq war veteran. He and his father had been fishing close by, and they pulled my dad out of the water. Andy kept talking to me. His dad called 9-1-1.

In the ambulance I heard one of the paramedics say to the driver: “Hit it as fast as you can on the straightaways.” Then everything started getting far away, everything was echoing, and I thought, This is it. I’m going to die. I remember the paramedic grabbing this box, and he pushed a yellow button that said shock. Then I was out.

I was in the hospital for about a week, but the only scars I have left are on my hand and lower wrist. It just kind of looks like a birthmark. It’s a miracle that we’re both all right—that the lightning didn’t just rip us apart.