The Searchers: A Day in the Life of the Volunteers Who Rescue Lost and Injured Hunters 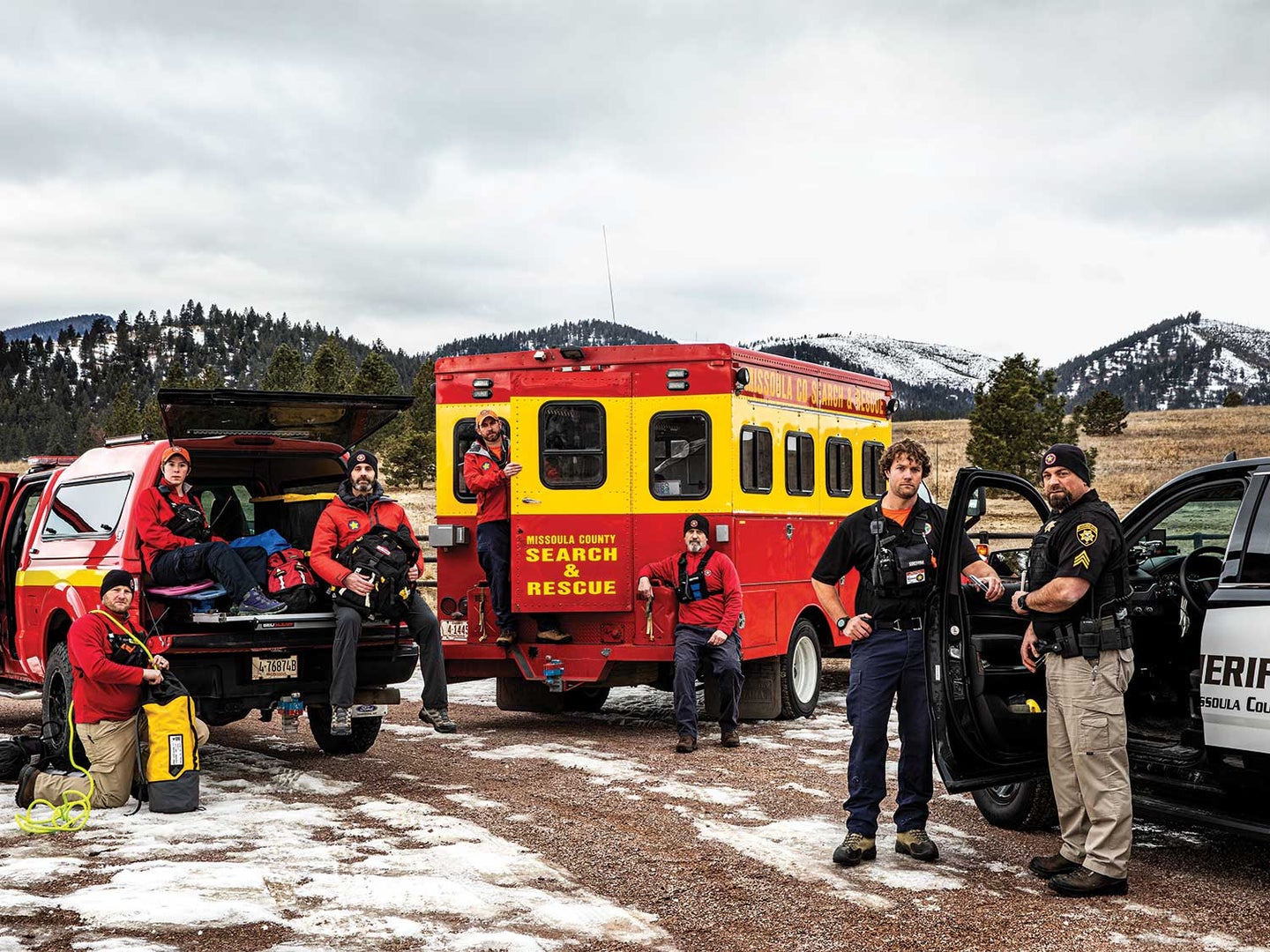 Members of Missoula County SAR and deputies of the county sheriff’s office meet for a training mission. Tom Fowlks
SHARE

The call typically comes at night. Joe Blattner ­answers his phone, and on the other end is either the sheriff’s office or one of its deputies. “Hey, Joe,” they’ll say. “We’ve got something.” Depending on the season, that something could be any number of emergencies: A hunter who never came out of the woods. An angler clinging to a strainer in a raging river. A hiker who lost his footing and fell off a rock face. An alpinist buried in an avalanche. A body that needs to be recovered.

“One way or another,” Blattner says, “our job is to bring people home.” As the chief of Missoula County Search and Rescue, Blattner oversees a unit of 32 other Montanans who brave harsh conditions in dangerous country to assist adventurers. And, like many SAR teams in the country, they’re all volunteers. “We’re people who love the outdoors, who have strong ties to our communities, and who just want to help,” Blattner says.

In a given year, his team—which includes river, ground, K-9, rope, air, and avalanche units—will put in 4,000 hours of work. This winter, they invited F&S to follow along as they conducted a simulated mission. The kind of mission that typically starts with a late-night phone call to Blattner—and is followed by a dispatch to his team: “Respond to the warehouse right now. We’ve got something.” —C.K.

The K-9 and Ground Search Teams

This story was originally published in the Lost Issue in 2020.