Plus, a bear-charging shooting drill that could save your life 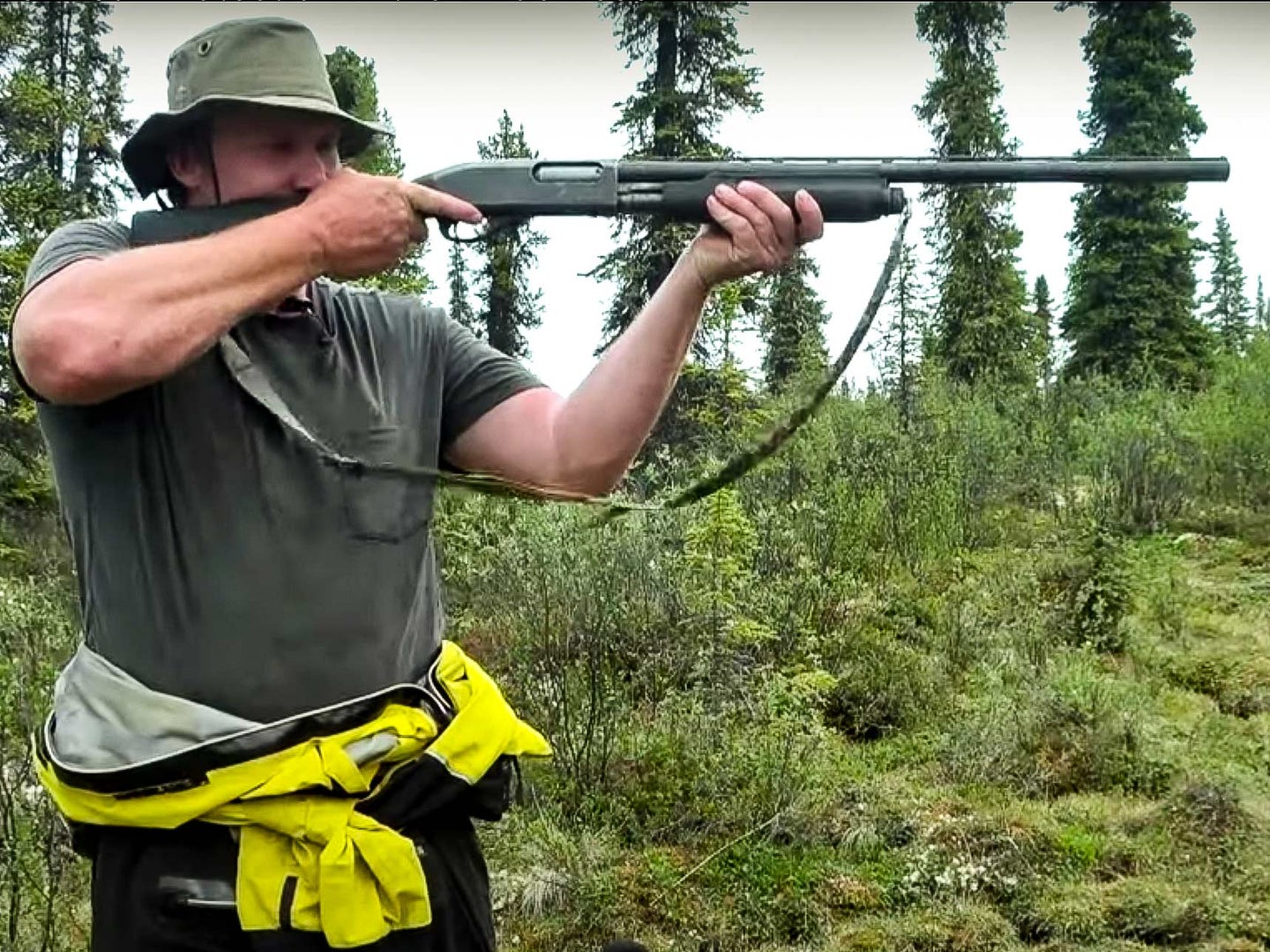 The author favors a pump-action as his last line of defense in bear country. Jim Baird
SHARE

Bear spray is a proven bear deterrent. And a bear banger or a pistol, where permitted, can both be effective as well—but neither packs the lethal stopping power of a reliable 12-gauge shotgun. I find that a pump-action is the best option, because it’s less prone to jamming than a semiauto, it can be more easily field-stripped, and it holds more shots than a double barrel.

When it comes to the best ammo for a bear-defense gun, either use only slugs or stagger your shells with buckshot and rifled slugs—just make sure the buckshot fires first. The reason for this is because if a bear is charging, you might be pretty darn scared so your first shot with the buckshot doesn’t have to be dead-on accurate. Stun the bear with the buckshot, then follow up with a hard-hitting slug.

Now that we’ve covered the best gun and ammo to use in bear country for protection, here are some tips on how to keep your gun safe and ready to be into action quickly.

How to Keep Your Bear Gun Ready If You Are…

In a Canoe, Kayak, or Raft: It can be dangerous having your gun loaded with just the safety on in your canoe, particularly if you’re loading and unloading the boat often. Your best bet here is to load the magazine and leave the action closed with the safety off. To fire, hold the action release down and pump once to chamber a round before firing.

Inside a Tent at Night: Load the magazine and leave one shell in the pipe with the action open and the safety off. If you need to fire, simply pull the pump forward to close the action and fire.

Around Camp: Leave your shotgun fully loaded with a shell in the pipe and the safety on. Make sure it’s in an accessible position—because what’s the point in lugging it around if you can’t grab it when you need it?