The 9 Most Important Kinds of Cordage For the Outdoors

Pick the most useful rope for hunting, fishing, camping, and survival tasks 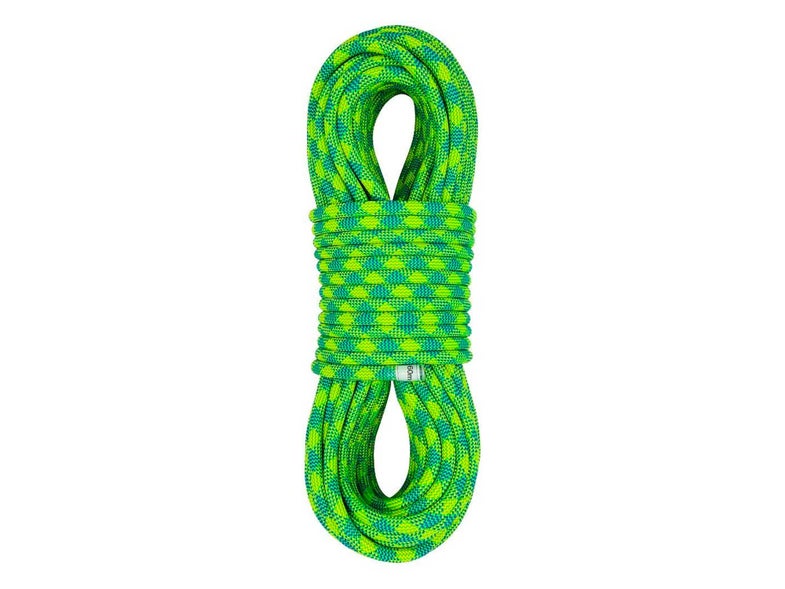 Two things I know: You can never have enough cordage, and you need a little bit—or a lot—of a lot of different kinds. At home, I keep lines and ropes stashed in two places: a good-sized plastic tote, and hanging from a hodge-podge of nails driven into the walls. I keep a pretty good collection in my truck, too—from parachute cord to mid-diameter climbing rope to a seriously stout tow strap. Because you never know.

Twisted rope, also called laid rope, has a spiral look due to the (typically) three strands that are twisted together. A lot of what you see is the inexpensive yellow polypropylene stuff that you can buy in any corner drugstore. It has a tendency to kink up, and it’s not the strongest rope design out there. But twisted poly rope has its uses. It’s impervious to water, and it’s one of the few ropes that sink, which has its value in some rescue situations. And in its yellow form, it’s very visible. And while polypro twisted rope isn’t easy to knot, it is cheap enough that I keep some around.

Modern climbing ropes have a kernmantle design—it’s an awesome word that comes from the German kern meaning “core” and mantel meaning “jacket.” (Parachute cord and others are kernmantle ropes, too.) That jacket lends resistance to abrasion, while the inner core of separate strands provides strength. Dynamic climbing ropes are designed to stretch slightly when under heavy loads. This comes in handy when falling climbers are halted abruptly; a wee bit of stretch helps keep your spine intact. But that stretch makes them ideal for jobs that involve lashing things tightly to other things. I use 7-8mm climbing rope and a Trucker’s Hitch to tie a canoe or kayak to a truck rack. Bear down on that trucker’s hitch and the dynamic rope bites into the boat hull like a shark. Static ropes stretch very little. Climbers use them for rappelling, but they’re great for hauling stuff and make super painters for attaching to canoes.

Read Next: 10 Simple Knots and Hitches Sportsmen Need to Know

It’s pretty clear to me that without parachute cord and its flat cousin, Duct tape, we’d all be vegetarians, unable to make it in the modern wilds. On a two-week Field & Stream expedition up Alaskan’s Dalton Highway, we were shipped a roof rack with no connecting bolts. The solution was close at hand: We lashed the rack to the Jeep with parachute cord. During hundreds of miles with a quarter ton of gear, gas, and spare tires in the rack, it never budged. That is the wonder of P-cord. Don’t be fooled by cheap imitations: Real parachute cord—a.k.a. 550 cord—has a military specification that requires a braided nylon sheath inside of which resides seven to nine interwoven strands of separate cord. Together, it has a minimum breaking strength of 550 pounds, and at least 10 times that number of uses. One neat trick: Those white cords inside the p-cord outer sheath make great field-repair thread.

I keep a hank or two of guyline cord stashed in my cord tote. Every now and then I’ll need to replace or lengthen a tent or tarp guyline. But what I really like about guyline cord is that some manufacturers make the cord with reflective materials that light up in a headlight beam. That’s great to keep you from tripping over a tent guyline. But this cord is thinner than p-cord, and I like it for lanyards or small loops on whatever I might drop in the dark—flashlights, GPS units, folding saws, fishing pliers, you name it.

You run into bungee cord most often as the stretchy line that holds tent poles together, and most good camping stores sell this wonder line by the foot. I keep it in varying diameters. A short length is perfect for bundling up stuff that needs to rolled, such as sleeping pads, or tubular stuff that needs to be bundled, such as rod tubes and canoe paddles. My favorite use for bungee: Use 10 feet on the decoy end of a jerk string, and you can twitch a trio of mallard blocks with impressive decoy action.

Sisal is more a material than a rope, but you still find folks who call cordage made of this natural fiber “sisal.” Made of fibers from the leaves of a kind of acacia plant, sisal is strong, durable, easily dyed, and resists deterioration in saltwater. On the downside, sisal is very bristly and will take the hide of your hands if you’re not careful. Like twisted polypropylene rope, much of sisal’s charms have to do with the fact that you can buy enough to tie up an elephant for 20 bucks. Not a bad idea to have some stuffed under your pickup bed liner just in case.

This is easy enough: baling twine is small-diameter sisal—about 350-pounds of breaking strength—used to tie up hay bales. Just good, cheap cordage to have handy, great for attaching camouflage materials to blinds.

Not really a rope, but a tow strap is absolutely required. These flat webbings come with sewn loops on each end to make it easy to attach to tow bumpers, tow hooks, and wrap around trees. A tow strap rated at 20,000 pounds should do it, but upgrade to a 30,000-pound strap if you’re in the habit of hauling boats, beasts of burden, and other complexities. Like jumper cables, no vehicle should be without one.