Stuck Cartridge Cases and How to Avoid Them

Neck-sized cases, oily chambers, dirt, ice, and powder fouling can all get you in a jam 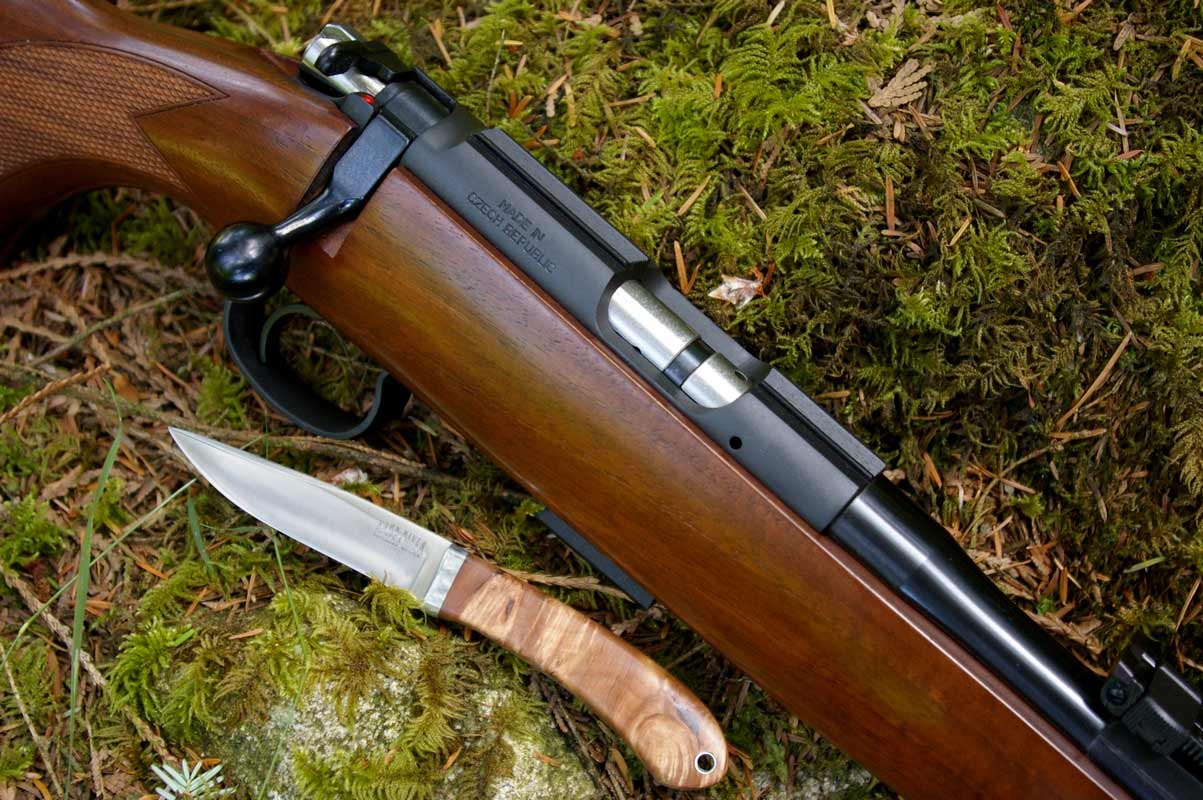 I mentioned stuck cartridge cases in a previous post, and since they can screw up a rifle but good, it’s worth going into in more detail.

I think most of the people who get into trouble with this are handloaders. These are the believers in neck-sizing, as opposed to full-length sizing. Their rationale is, that sizing the neck only results in greater accuracy and longer case life. In theory, maybe. However, after firing an infinite number of tiny groups with full-length-sized cases, I don’t think there’s much difference, if any. As for case life, if you use good brass, and set up your dies properly, and your chamber is not oversized, you’re going to see hardly any difference, or no difference.

Neck-sized cases will often stick, and full-length-sized cases hardly ever do. What happens, I believe, is that when brass is neck-sized repeatedly, the shells swell a little bit with each trip through the die, and even though they feed fine for a while, one day they don’t, and there you are with a jammed rifle.

Then there are rifle chamber and neck variations. In theory, all rifles are supposed to be chambered within strict dimensions laid down by SAAMI. While you’re meditating on this, consider also that Boeing is supposed to build 737s that don’t crash shortly after takeoff. In other words, you may have an off-spec rifle.

I’ve found that custom rifles are more prone to off-spec than factory rifles. I have shot:

A) an exquisite 7×57 carbine that would chamber only 140-grain spitzer bullets, and nothing else

B) a .375 H&H with a chamber that looked like the reamer chattered. It had the same surface as a Maine road in springtime

C) a very expensive .30/06 whose chamber was not only oversize but slightly elliptical.

Only by a miracle will such rifles feed.

Dirty ammo, or oily/greasy ammo will jam nicely. In cold weather, ammo with water on it, or melted ice or snow, can lock up solid if you give it a little while to re-freeze. Lots of powder fouling will do the job to a fare-thee-well, as many of our soldiers found out when the first M-16s were issued without cleaning kits.

Never oil a chamber. Instead of being able to grip the chamber walls upon firing, a case will jam backwards against the bolt face with who knows what results.

Beware of “precision,” minimum-dimension chambers, particularly in hunting rifles. You don’t know what you’re going to have to shoot in them, and under what conditions. You may find that when the airlines have lost your minutely-sized fire-formed brass, and you have to buy something at the local bait shop, that it won’t chamber. I’ve always taken care when ordering a gun to specify a straight SAAMI-spec chamber.

It’s a righteous idea to cycle all your ammo through your magazine before you go hunting. But don’t do it in your basement; do it at the range. Accidents happen, and if one does, you want the bullet to go into a sandbank 100 yards yonder, not into the ceiling overhead, which is probably the floor to the kitchen.

Most important, if you run the bolt forward and you feel something is not right, stop. Cartridges should go into the chamber with no resistance at all, and if that’s not the case (as it were) you’ve got a problem. Keep on shoving the bolt and hoping for the best and you’re going to make matters much worse.

The careful shooter can go for decades without a jammed case. The other kind of shooter should practice his profanity. He’s going to need it.