Surprise, Surprise: How to Squeeze the Trigger 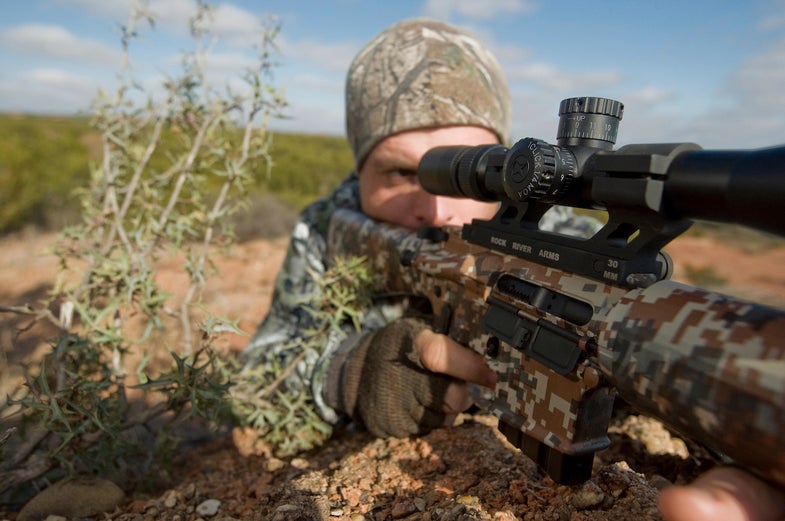 To squeeze or not to squeeze?. By John Hafner
SHARE

Let’s start this one off with a little animal-husbandry humor.

A farmer and his wife were having the parson over for Sunday dinner. At the same time, the farmer had rented a bull to stand stud to his two cows, a brown cow and a white one. He detailed his son to go out to the barn and report on the proceedings should anything romantic happen while dinner was in progress.

The parson arrived and the meal was served. But almost immediately, the kid came bursting into the dining room and yelled, “Pa! Pa! The bull’s f—ing the brown cow!”

Appalled, the farmer hauled the urchin into the vestibule.*

“Son,” he counseled, “you don’t use that kind of language in front of the parson. The next time the bull does his duty you come in and tell us that he ‘surprised’ the brown cow.”

The kid scuttled off, and dinner proceeded apace. Just about the time the Jell-O came out, the youngster reappeared.

“Father,” he said, “the bull surprised the brown cow.”

About the same time I heard this story (June 28, 1955), I also learned that the correct way to use a trigger was to squeeze it and be surprised when your gun went bang. Just as one did not drop the f-bomb when the parson was present, one did not yank on a trigger. Getting it to turn loose of the firing pin was a gradual process.

I was always puzzled by this, since it assumed that you could hold a rifle or a handgun absolutely steady for an indefinite period while you squeezed the trigger and it didn’t matter when the firearm went bang. I found that I couldn’t hold anything perfectly steady for an indefinite period of time, and so I practiced pulling the trigger—not squeezing—at the instant the sights were where they should be. It worked very well, and continues to work very well, but I always felt guilty.

Until last week, when I attended a class on doping wind and mirage. The class was given by a retired Maine state trooper who was, for some of his tour, a marksmanship instructor. He’s a Camp Perry vet, I believe a Distinguished Rifleman and, at age 70, can still shoot rings around most of the people I know, including myself.

The talk turned to triggers, and he said that he preferred the lightest trigger he could live with, one that took a touch, not a pull, to set off.

“I want to know exactly when that rifle’s going to fire,” he said. “I don’t want to be surprised.”

He pointed out that if you squeeze and squeeze, not only does your hold deteriorate, but so does your vision, and the mirage can shift and so can the wind. All this means you may have to unsqueeze and start again. It’s much more efficient to shoot at the instant that all systems are go.

I felt vindicated. Apparently the other shooters in the class did, too. They were all experienced shooters and had all been doing the same thing. We would have leaped up and cheered, except we were all too old or too heavy and our leaping days were long behind us.

*In the interests of historical accuracy, if this had happened in real life in the 1950s, the kid would have caught the beating of a lifetime, probably with a hunk of harness or a grub hoe handle. One did not drop f-bombs in front of adults, especially one’s parents, except at one’s very great peril. I didn’t mention this above because beating your kids with a grub hoe handle is probably illegal now.