How to stay alive—and tenderize meat—in a survival situation 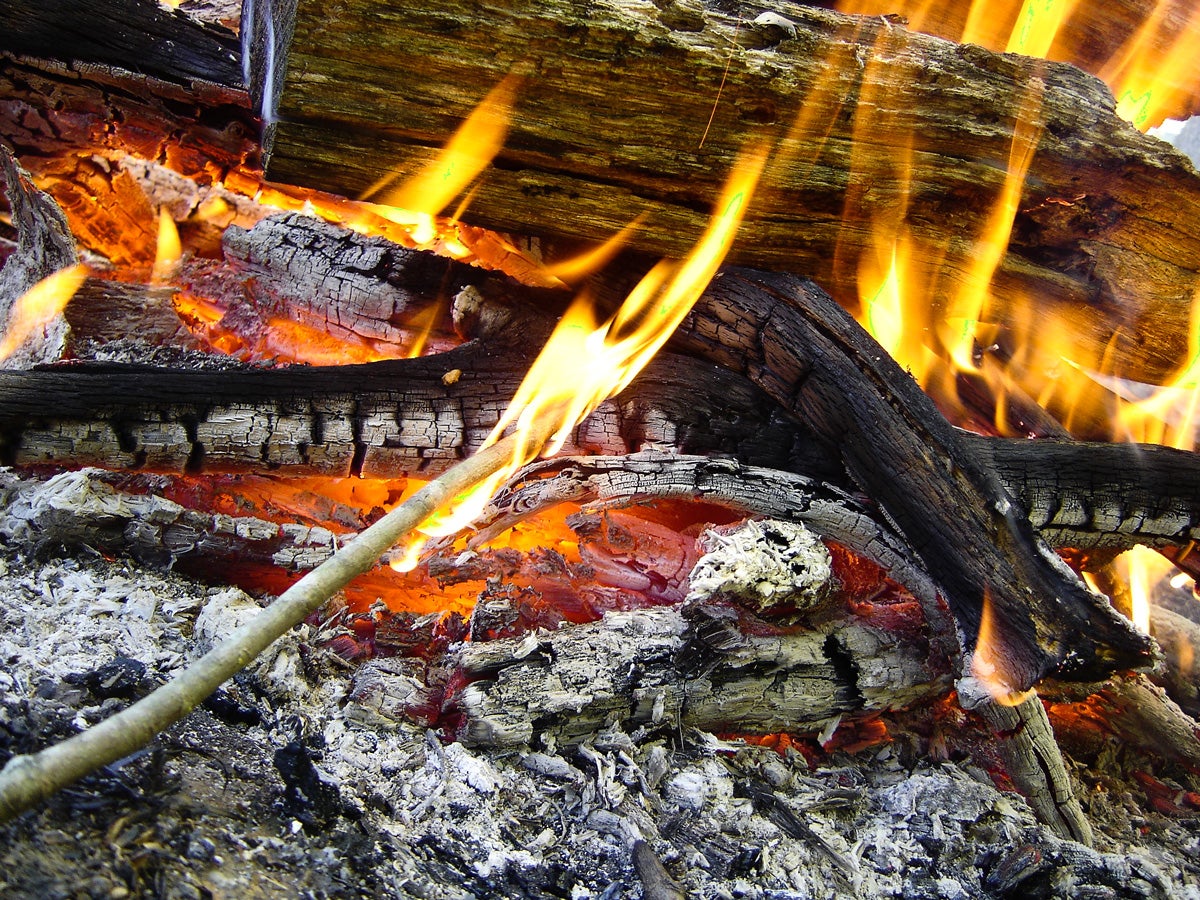 I was recently looking through some survival guides and found tips that so surprised me that I absolutely had to share them:

• Eat campfire ashes or white clay to stop diarrhea. This is a great tip. I have personally never seen white clay, although it figures largely in many survival books. As for campfire ashes, they taste better if you can get your buddies to refrain from extinguishing the fire by peeing on it. This is difficult, as peeing on fire is a deeply rooted instinct in our species. I have several times gotten in trouble at camp grounds for peeing on other people’s fires.

• Make “poor man’s down insulation” by fluffing up female cattail heads or milkweed down. No modern human being has ever done this.

• Hemorrhoids. Get lost in a blizzard and the first thing that generally happens is a hemorrhoidal flare-up. Just make an external wash from elm bark or a tea from oak bark. A decoction from the expressed juice of plantain leaves also works. Take care to avoid unexpressed juice, as it may decide to speak its mind after application. By that point, the juice wouldn’t have anything nice to say.

• If you’re lost in the Arctic, you can also extend life by up to four hours by consuming spruce needles, the fresh buds of dwarf arctic birch (available two weeks out of 52). You can also eat nutritious lichens, which are so unpalatable they’ll make you want to just get on with it and die.

• Sap from pawpaw trees is an excellent meat tenderizer. It could save the many lost people who have meat, refuse to eat it because it’s too tough, and then perish from starvation.

• Extract the essence of walnut leaves by boiling them for a couple of days. The decoction is a good treatment for athlete’s foot. This is actually in a book of survival tips.

• Many an emergency raft has been damaged or sunk by sharks rubbing against the barnacles on its sides to slough off parasites. Then, when the raft capsizes or sinks, the sharks eat you. Solve this by towing a plastic sheet behind the raft. Eventually, barnacles will grow there, too, so the sharks may use that. It’s worth a shot, right? If you don’t have a plastic sheet, identify the weakest person in the raft and use that person’s emergency rain slicker. Better him than you. Unless you’re that guy.

• Know the “foolproof five,” the five mushrooms that are easily distinguished and that have few or no poisonous lookalikes. I’ve just been told by F&S’s legal department that I may not disclose even their names due to liability concerns.

I ate manchineel fruit that I found by the sea in Antigua. It was fairly tasty. A while later, I noticed that my stomach didn’t feel quite right. Somebody at the bar learned that I’d eaten some fruit along the beach, figured it might be manchineel, and called what passed for an ambulance. I told the paramedic that I didn’t really feel sick, although I felt a tightening in my throat. “That’s how it kills you,” he said. “It closes and paralyzes your airways. Then you suffocate.”

“Oh,” I said, realizing I’d once again done something very stupid but somehow been spared. I have not eaten manchineel since. In the U.S., it only grows in Florida. I haven’t been lost in Florida yet.