Altha Williams of Sevierville, Tennessee, was sitting on her front porch when the sow, which had three cubs in tow, came at her. She sustained only a minor injury 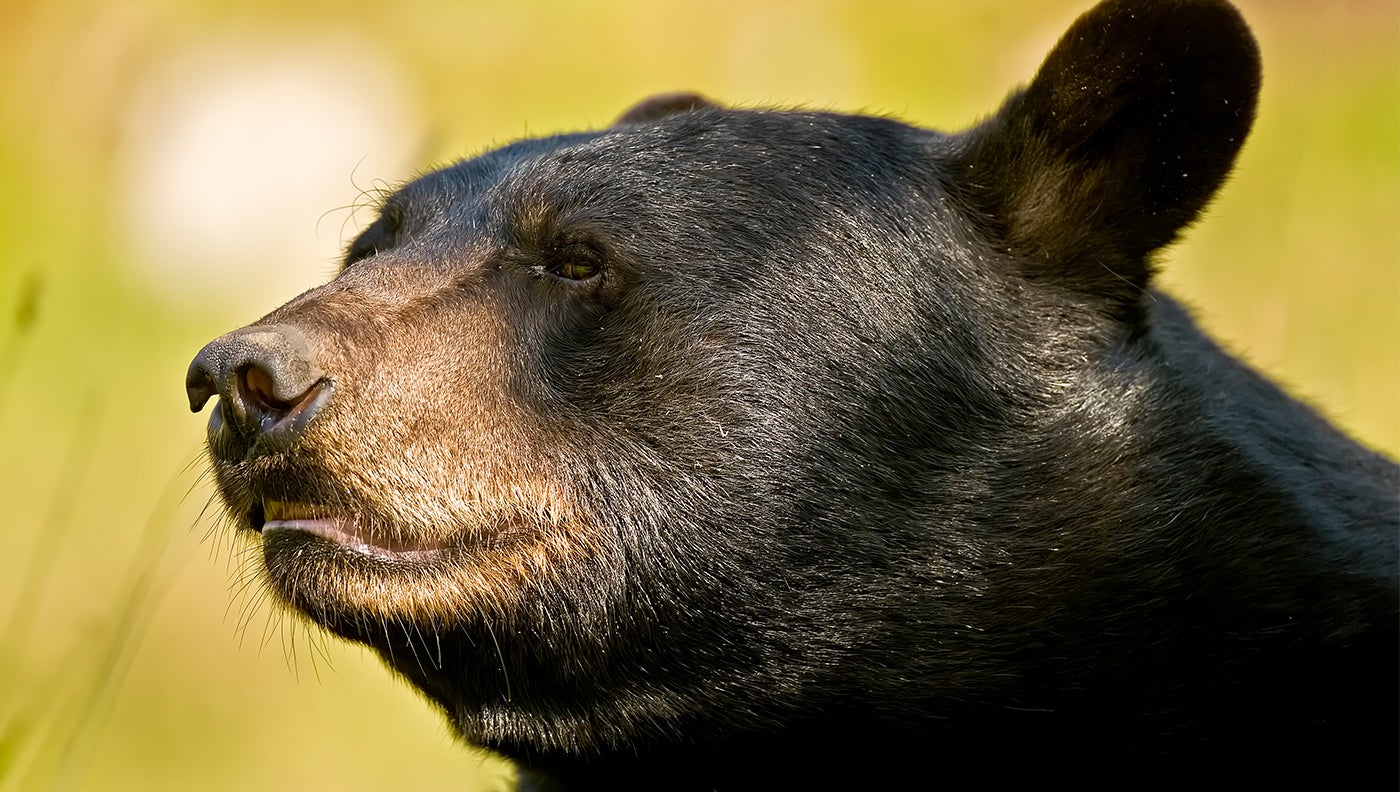 This incident is at least the second black bear attack in the Smokey Mountains this month. Michael Cummings / Getty
SHARE

The next time you head into the bear woods you might want to think about taking along a lawn chair. That’s the lesson from 90-year-old Altha Williams, who used one to fight off an attacking black bear with three yearling cubs, as she sat on the front porch of her Sevierville, Tennessee, home.

“It just made a lunge at me,” Williams told WVTL 8 TV News out of Knoxville. She had been sitting quietly—perhaps too quietly—on her porch when, “Evidently it heard me,” she said. The bear may have been surprised and defending its cubs when it went after her. Williams managed to hold a lawn chair between herself and the bear, though the lunging bear did manage to take a swat at her before fleeing. She ended up with a gouge on her right arm that required stitches, but no life-threatening injuries.

“I was just sitting here, hadn’t been here more than two or three minutes,” she told the TV news station. She said that bears are not uncommon in the area, which is near the Smoky Mountains. “We’ve had bears, they get more common each year,” she said. “I’ve seen it (the bear) before, but I hadn’t been out around it because it has cubs. But I’ve been sitting here long times when they walk up here, and they don’t bother you.” She had seen a bear last year with three cubs. “It could have been the same bear, but it hadn’t ever bothered me…They’re afraid of you, so this is really unusual,” she told WVTL.

According to Matt Williams, Tennessee Wildlife Resource Agency spokesperson, the bear then went on to another house nearby, where it charged the neighbor. The neighbor shot the bear but didn’t kill it. State wildlife officials were able to track the bear and had put the animal down. “Once a bear has made contact with a person and caused injury, we have no choice but to euthanize it,” Williams said. “It can’t be relocated.”

He added that Ms. Williams had handled the encounter exactly as she should have. “To get big, yell at them, make noise. To intimidate them. Pat on the back for how she responded. It could very well have saved her life.”

This is at least the second bear attack to take place in Tennessee this month. As F&S reported at the time, on June 12, a 350-pound bear was killed after it tore into the tent of a family of five who had gone camping in the Great Smoky Mountains National Park.