The massive bear had Jess Coltharp by the leg, until his co-worker ended the attack with a 12-gauge Remington 870 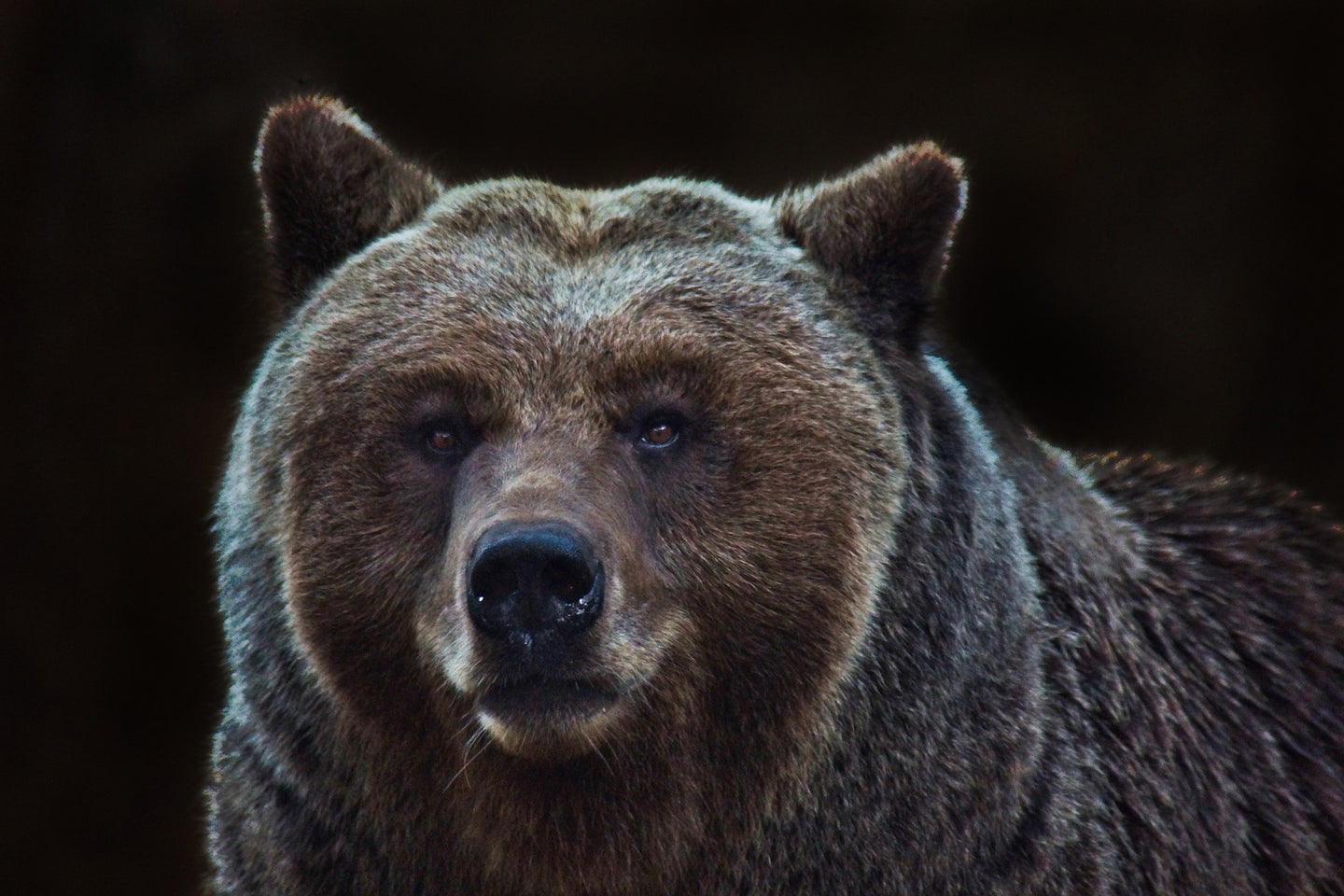 A Remington 870 and a quick-thinking co-worker are credited with helping an Alaska Fish and Game technician survive a brown bear attack.
SHARE

Quick, accurate shooting by a coworker likely saved the life of an Alaska Department of Fish and Game technician who was being tossed around by a coastal brown bear that had firmly chomped into his lower thigh.

Jess Coltharp was surveying a stream on West Chichagof Island, north of Sitka, on Aug. 19, counting spawning salmon, a job he has performed for 14 years.

According to a KCAW Radio, Coltharp, along with his deckhand Anthony Walloch and volunteer Ethan Christianson, had wrapped up the surveying work at around 5 p.m. The crew was traversing a side trail about 20 yards from the water and heading back to their boat when the bear attacked.

The Sitka Sentinel reports that 31-year-old Coltharp was leading the way, about 15 feet ahead of Walloch, when he heard the salmonberry bushes rustling before the bear rushed him.

“It was a pretty normal creek walk, and we saw bears throughout the stream,” Coltharp is quoted as saying. “We always do, there’s always multiple bears all the time. So, it was a pretty ordinary creek walk, just chit-chatting… and I heard some bushes break and about 20 feet away there’s a big old brown bear barreling out of the woods at me.”

Coltharp dove out of the way of the charging animal, mindful he didn’t want the bruin to get a shot at his head and neck. The bear bit down hard on his left leg, just above the kneecap, and began shaking Coltharp, jerking his body side-to-side, he told the Sentinel.

Both Coltharp and Walloch were carrying Remington model 870 12-gauge pump-action shotguns. Coltharp was unable to get his ready to fire in the scant seconds he had before the bear grabbed him.

Walloch told KCAW, “I had my shotgun up…in a second I was like, this is the safest shot I’m going to have.” “I took one shot, the bear rolled right off of Jess. And then I pumped two more shots into the bear just to make sure that it wasn’t going to get back up.”

“The bear instantly released me and pretty much was instantly dead,” Coltharp says. The male bear was about 7-foot-tall and estimated at about 500 pounds.

Aaron Dupuis, Coltharp’s supervisor, tells F&S that the 870 shotguns, along with Brennecke slugs, are standard issue equipment for technicians working close to bears.

Immediate danger aside, the men still had to extricate themselves from the situation and get Coltharp to medical care. Each had some medical training from Alaska Fish and Game, and Walloch reportedly has EMT training from the Sitka Fire Department.

They made a tourniquet for Coltharp’s leg wound to staunch bleeding and used an inReach satellite communication device to contact Dupuis who arranged for a float plane to pick them up where they’d left their boat, a half-a-mile from the site of the attack.

Dupuis says he was relieved when he got word that the men were successfully extracted. Coltharp reportedly received professional medical attention about two hours after the attack. He has since had surgery, is recovering, and undergoing physical therapy and hoping to return to his job.

“Everything worked the way it should,” he says, “from the weather to the aircraft and pilot availability. It was a beautiful August evening.”

Most salmon surveys are done from airplanes, Dupuis says, but a number of smaller creeks can be incredibly brushy, requiring someone going in on foot to count the pinks and chum salmon, regularly placing technicians in close proximity to abundant bears. Still, Dupuis says violent encounters are “incredibly rare,” especially given the number of bears encountered. “I couldn’t even count them on one hand,” Dupuis said.

Coltharp estimates he has encountered 1,000 or so coastal brown bears over his 14 years of surveying creeks. He tells KCAW that the bears are defensive over their territory. “They get all huffy and puffy, and they start popping their jaw and making a lot of noise, and there was absolutely none of that going on. So, it was kind of a unique situation.”

Even with adrenaline still pumping and knowing the importance of quickly getting to safety, Coltharp asked Walloch to take his photo to document the moment. The photo of him sitting on a log, showing the incredible bite wound.

“It was symbolic, I guess,” Coltharp told KCAW. “At least to me, it felt like the right way to go about it. There’s no reason to freak everybody out. You know, you’re in the situation you’re in. You might as well keep your spirits up while you do it. And I think that that can make all the difference in getting out of there quickly and safely.”