Video: Alaska Woman Escorts Opossum Out of a Brooklyn Bar

In New York City, if someone says, "Hold my phone. I'm from Alaska," you know some wild stuff is about to go down 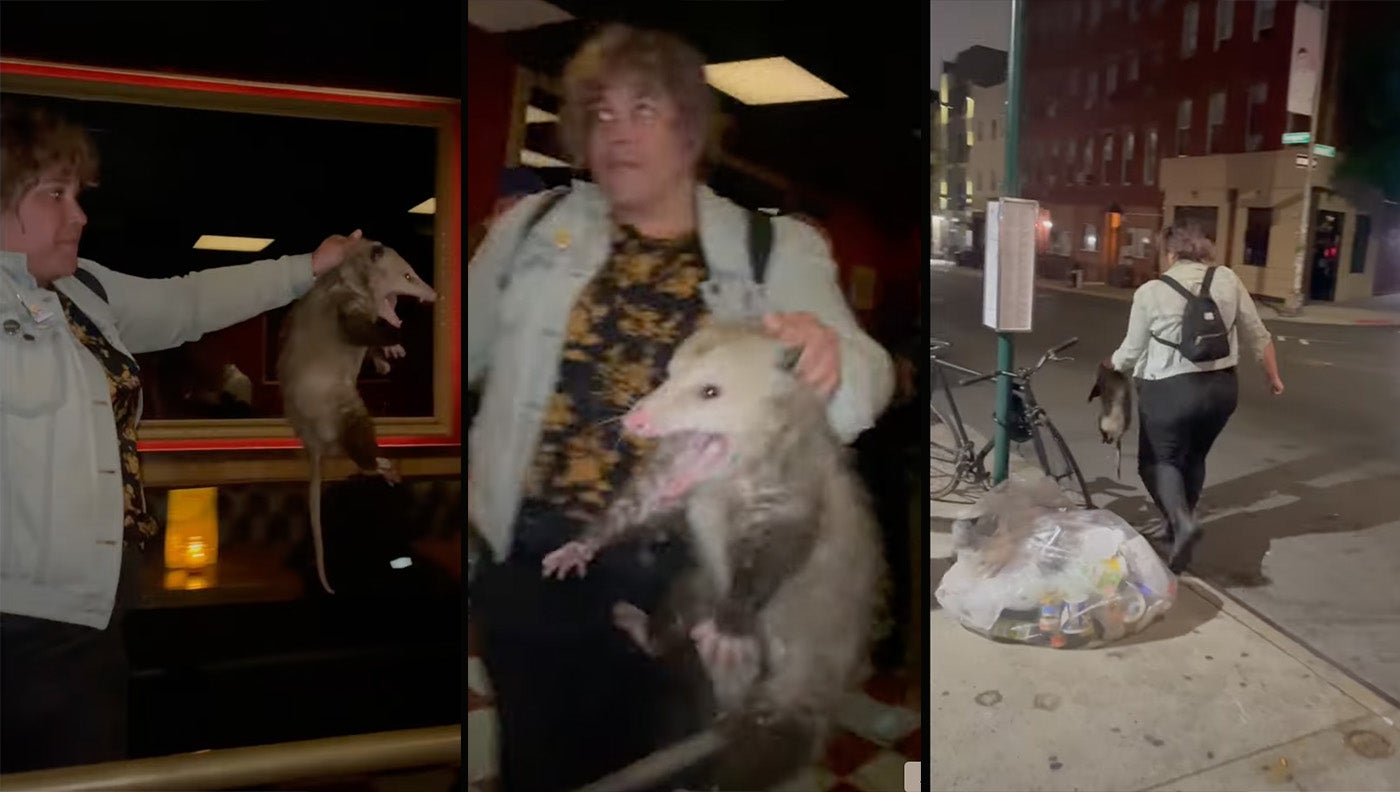 So, a woman and an opossum walk into a bar, and the woman says, “Hold my phone. I’m from Alaska.” Only this isn’t a joke. When Alaskan native Sara Fulton saw the critter scurry into Temkin’s Bar in Brooklyn, New York, she went in, handed her phone to a patron, calmly grabbed the opossum by the scruff of its neck, and escorted it outside. And a guy at the bar got it all on video.

Sara Fulton was hanging out on the street with a friend, “…and then all of a sudden we see this critter run in,” she told the NBC New York 4 News. “We looked at each other and were like, ‘That was too big to be a rat! It has to be an opossum.’”

By this time, people inside the bar were screaming, and, sure enough, this was no a rat. Rats are practically citizens of New York. New Yorkers see rats every day. This was something different—an opossum, a bona fide wild animal in New York City’s second-biggest borough. Screaming is just how New Yorkers help when they don’t know what to do.

Fulton must have wondered what the fuss was about. “I’m from Alaska and I used to go camping with black bears hanging out at my campsite,” she told 4 News. “I just like went up to him and I was like, ‘Hey, I know you’re afraid.’ And I was just like, ‘Alright, I think I’m just gonna scruff you and take you out because that would be the least painful for you.’”

In other words, while the rest of the bar patrons shrieked—you can hear somebody saying, “Oh, my God!” in disbelief—Fulton was worried about the opossum, not herself. Also, apparently “scruff” is a verb in Alaska, as in, “I’m just gonna scruff this bear off the picnic table so we can eat.”

“Everybody just lost their minds,” bartender Rachel Bessemer told the news channel. “I grabbed my phone, didn’t know who to call. I was like, ‘This is not what people do.’ Well, it’s not what they do in New York anyway. Bessemer said that so many people were buying Fulton drinks that it turned into a party.

“They’re like ‘You’re a hero, you’re a celebrity,’” said Fulton. Well, maybe not by Alaska standards. But she wasn’t in Alaska. She was in Brooklyn, where walking out of a bar with an opossum is pretty wild.