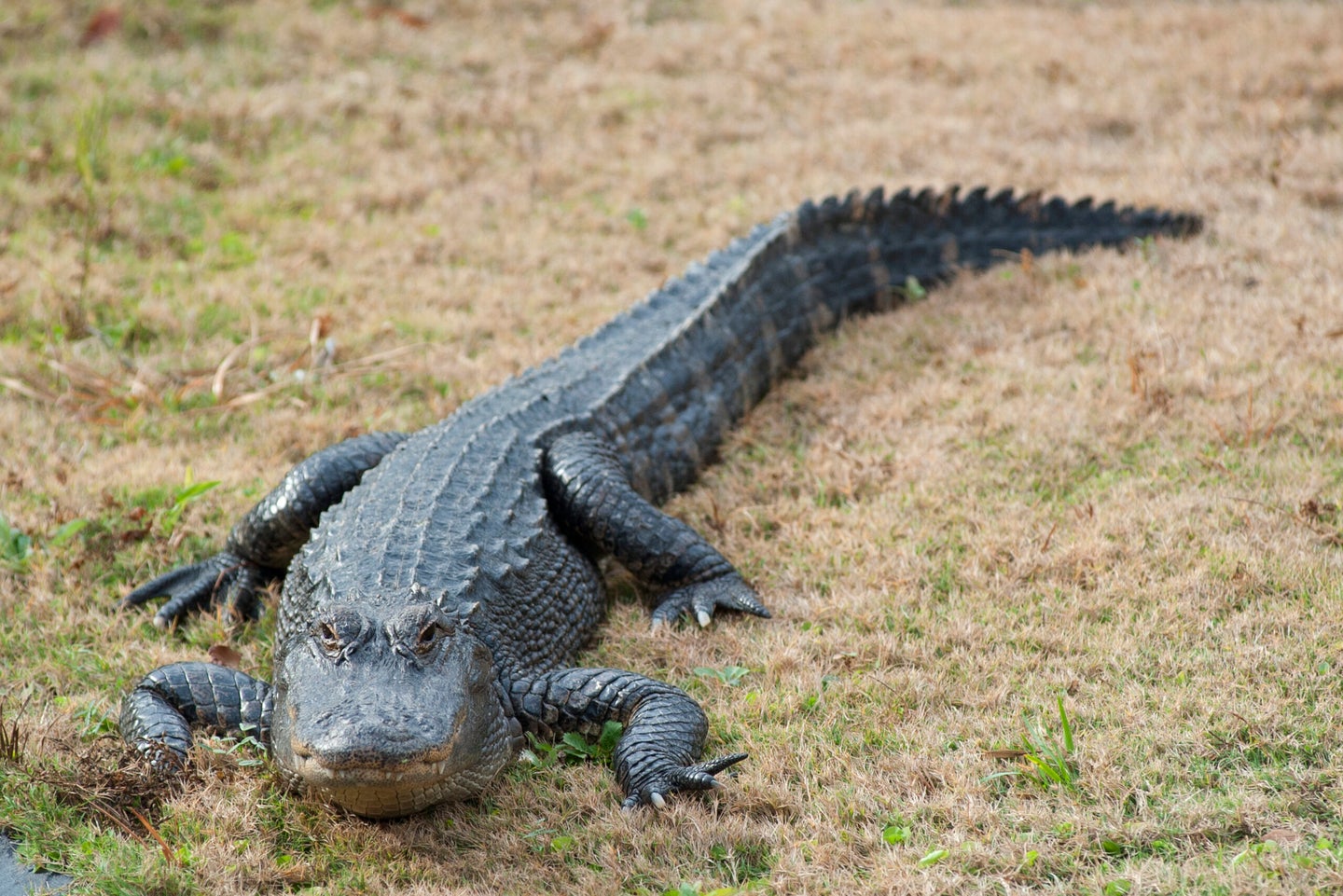 Florida is home to an estimated 1.3 million alligators. PhotoAlto/Jerome Gorin. Via Getty
SHARE

A 7-foot, 10-inch alligator attacked an elderly woman at the Dell Webb retirement community in Lakewood Ranch, Florida over the weekend. According to the Florida Fish and Wildlife Conservation Commission (FWC), the woman was bitten as she walked near the edge of a pond around 6 p.m. on the evening of September 3. She survived the incident and was taken to a nearby hospital for treatment.

After the attack, a witness kept an eye on the alligator until a trapper arrived on the scene, who ultimately captured and killed the large gator. According to local news reports, no other alligators were spotted in the immediate vicinity in the moments preceding the attack. The woman is still recovering under medical supervision.

The incident occurred about an hour south of Tampa. It is the latest in a long list of alligator attacks that have occurred in the American South this summer. Another recent attack, which took place back in June in Hilton Head, South Carolina, claimed the life of an 88-year-old woman. The victim of that attack was gardening near her home in a retirement community when she fell into a pond and was killed by an alligator. In July, two alligators attacked and killed an 80-year-old woman on Florida’s west coast. Last week, F&S reported on an alligator attack in Florida that left the director of a captive wildlife facility missing a hand and part of his forearm.

Read Next: Alligator Attacks and Kills Man Looking for Frisbees in Florida Lake

Alligator numbers in the U.S. are estimated at around 5 million animals. Their distribution is spread out across 10 states, from eastern North Carolina all the way to southeast Oklahoma. The FWC says that Florida alone is home to 1.3 million gators.