It's a gator eat gator world in Florida 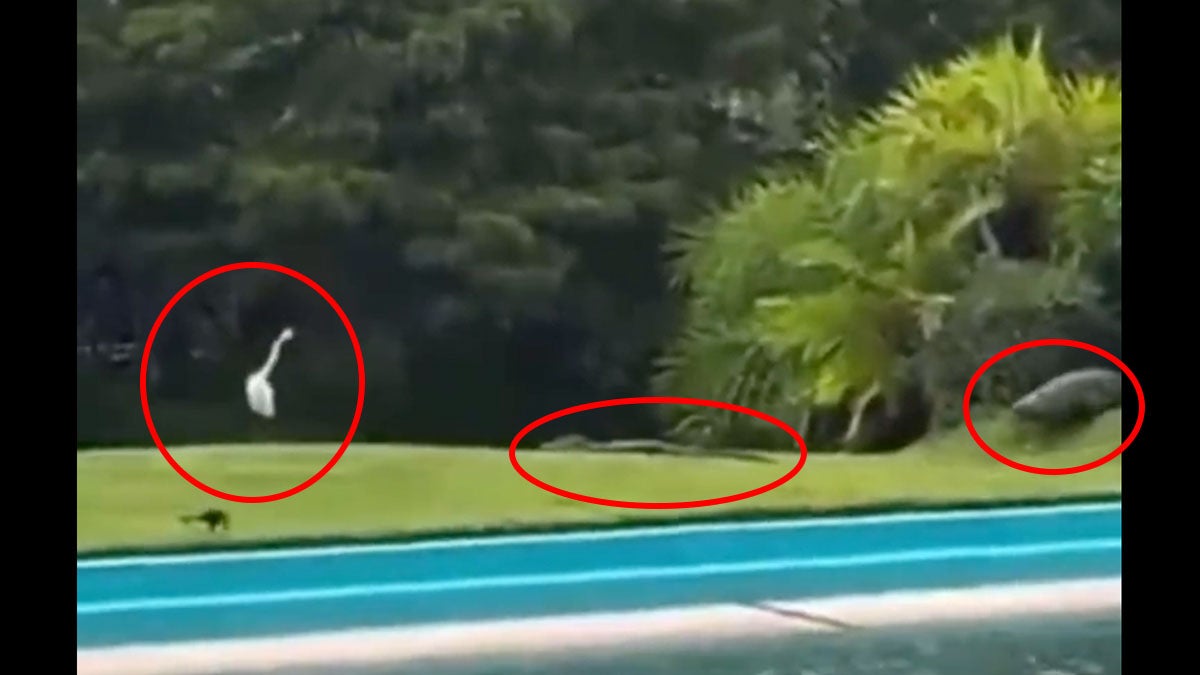 Everyone knows about the food chain. But it’s rare to witness something that so vividly demonstrates what the food chain actually is as this video, which depicts a predator hunting a smaller predator hunting an even smaller predator. The video was posted on Twitter by Travis Akers, of Jacksonville, Florida, on October 19. It begins with a mid-sized alligator slowly stalking an egret next to a pond. The wary bird keeps a comfortable distance from the gator. The gator looks like it’s about to give up and lays down in the grass—and right when it does, an absolutely massive alligator charges out of some bushes.

The small alligator tries to make a break for it, but the big gator is too quick. It snags the smaller gator by the tail and then promptly flips it into its mouth, before carrying it into the lake. It’s a quick and brutal hunt. And the egret, which just seconds before was being hunted, watches nonchalantly as its former becomes prey. Watch it for yourself below.

The video may be shocking, but cannibalism among alligators is a relatively common phenomenon. Gator cannibalism likely helps regulate alligator populations. In a scientific study, researchers even documented one alligator that had consumed at least 14 other alligators. Depending on ecological conditions, up to 15 percent of young gators may be eaten by older gators.

Of course, it should come as no real surprise that the incident took place in Florida, which is home to roughly 1.3 million alligators, according to the Florida Fish and Wildlife Conservation Commission. Alligators live in all 67 counties of the Sunshine State.