The wild incident was caught on camera by the boy's father, and now the video has gone viral 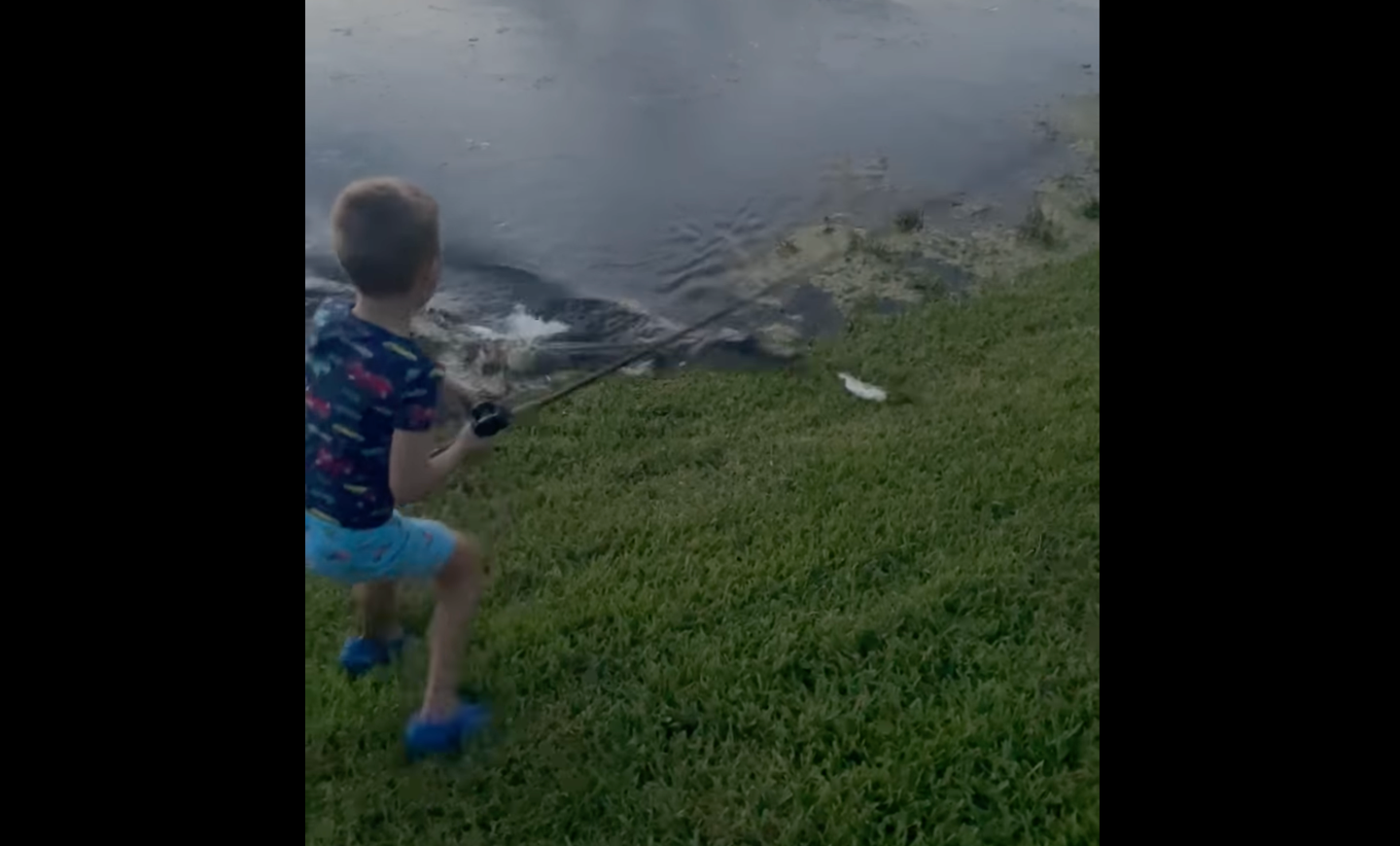 This is not your ordinary one-that-got-away” story. Seven-year-old Dawson McMahon, from Palm Coast, Florida, was in for a big surprise when he hooked into a largemouth at a pond in his family’s backyard. The young angler successfully reeled in the bass, but just as he brought the flopping fish onto the grassy shore, a small gator darted out of the water and grabbed the fish between its jaws. Dawson dropped the rod in surprise and fled from the shore. The gator flipped the bass into its mouth and splashed back into the lake with its quarry, towing Dawson’s rod behind it. Dawson’s father, Sean McMahon, recorded the startling encounter and posted it on Facebook.

“Oh. My. God,” says Sean near the end of the now-viral video.

“Dawson caught a bass tonight, and out of nowhere, an alligator came up, ate the bass, and ripped his pole into the water,” wrote Sean in the Facebook post. Florida has one of the largest alligator populations in the United States, with roughly 1.25 million gators living in the state. The Florida Fish and Wildlife Conservation Commission (FWC) receives an average of nearly 16,000 alligator-related complaints each year. Many of these complaints result because of gator encounters in neighborhood ponds.

The FWC has a dedicated page about “Living with Alligators and Crocodiles” that highlights several important considerations people should make when recreating in gator country. This includes but is not limited to being especially aware of gators when in or near water, keeping pets such as dogs and cats away from water that may hold gators, and disposing of fish scraps in garbage cans instead of throwing them into the water.