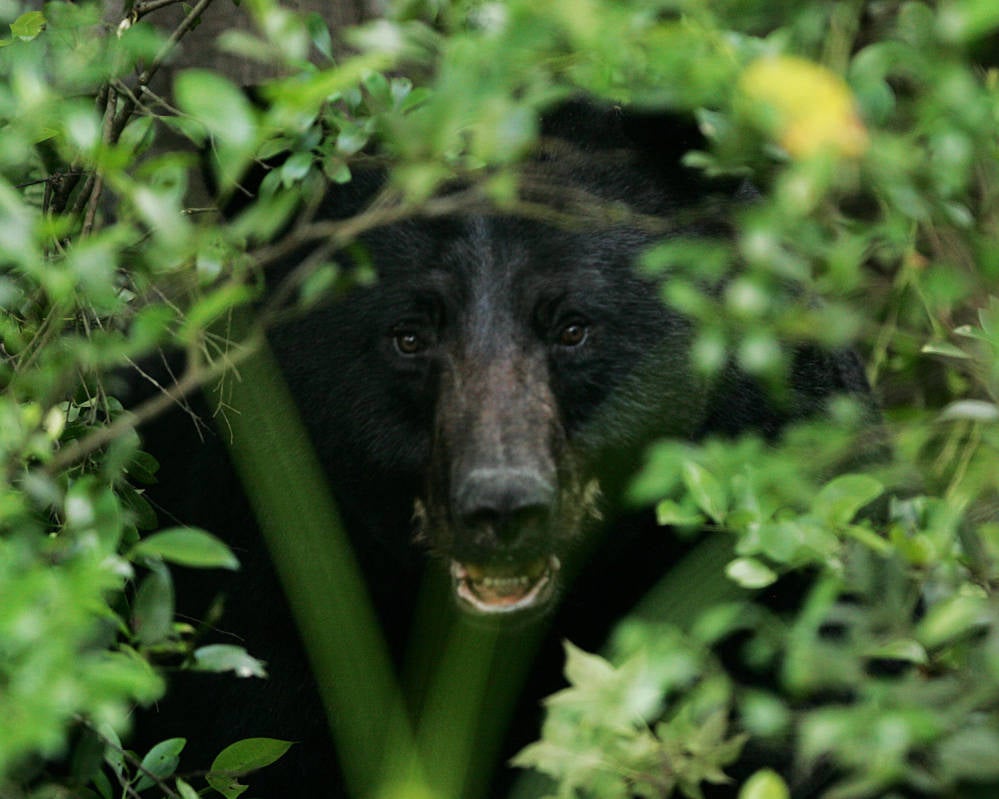 There are currently estimated to be over 4,000 bruins in The Sunshine State. Steve Hillebrand / USFWS
SHARE

A Florida woman was walking her dog in a residential area when she came face to face with a female black bear. The Volusia County woman, who is identified as Aydee in news reports, had just stepped into her driveway with her Labrador retriever when she was confronted by the bear. Aydee became frightened, let go of her dog’s leash, and began running. “I took off,” Aydee told FOX35, and the bear took off after her. “I was screaming and going to my neighbors to see if he can call 911 or help me or take out a gun.”

The black bear reportedly overtook Aydee and slammed her to the ground, before retreating down a dark neighborhood street as several neighbors came out to help. Eventually, the bear climbed up a nearby tree, along with three 100-pound yearling cubs. A group of neighbors put a spotlight on the treed bears to prevent them from coming back down while the authorities were on their way.

The Volusia County Sheriff’s Deputies and EMS arrived at the scene of the incident. They treated Aydee for a possible concussion, a twisted ankle, and several lacerations, including one on her forehead. Aydee later described the incident as the worst experience of her life but was grateful that she and her dog made it through the ordeal alive. After locating the adult black bear that injured Aydee, biologists darted the animal and euthanized it, per the Florida Conservation Commission (FWC) protocol for bears deemed a threat to the public. The FWC determined the orphaned cubs were old enough to survive alone and did not attempt to capture them.

The harrowing encounter comes amidst a growing number of bear sightings in Florida, particularly in the developed areas surrounding Orlando and Daytona Beach, where bear numbers have increased by 17 percent since 2000, according to the FWC. Statewide, black bear populations in Florida have rebounded exponentially from an estimated all-time low of only 300 bears in the 1970s to over 4,000 today. The species was removed from the State Threatened Species List in 2012.

As a result of this recovery, however, more and more residents have reported run-ins with the state’s largest land mammal. While dangerous encounters like Aydee’s are rare, the FWC offers several key tips for encounters with bears. “Don’t run or turn your back [on the bear],” the agency states. “If you encounter a bear at close range, remain standing upright, back up slowly, and speak to the bear in a calm, assertive voice.”