Watch this black bear nab salmon in an Alaska creek. The footage, set to the score of "Jaws," is a must-see summer hit 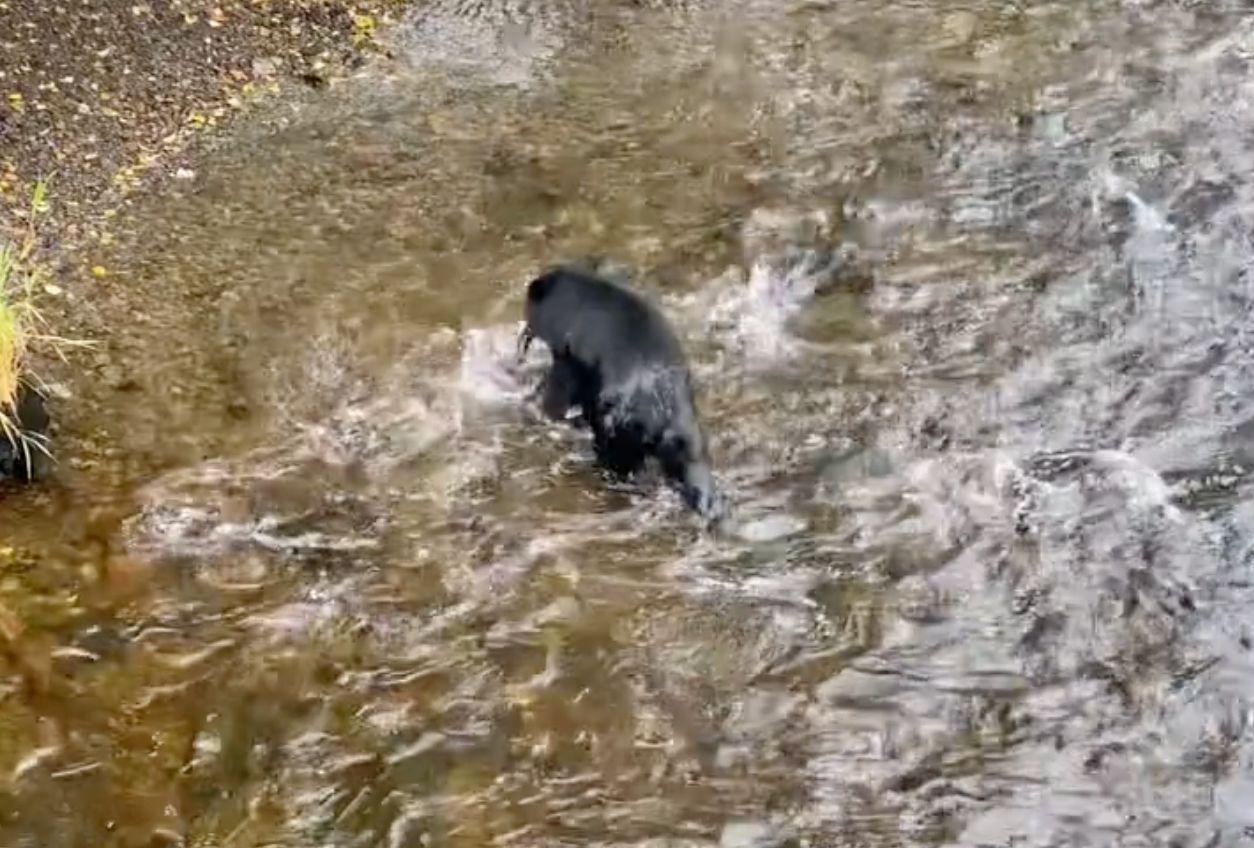 Here’s something you don’t see every day. Alaska local Heather Douville, who lives in the Tongass National Forest, captured footage of a black bear fishing for salmon on a creek. Black bears are smaller than grizzlies and coastal brown bears and not so typically associated with salmon fishing, but that doesn’t make them any less successful on the river. During summer and fall, these opportunistic feeders catch and eat as many salmon as possible to prepare for hibernation. This black bear looked like it knew what it was doing—and certainly didn’t get skunked.

Douville posted the video on Instagram under her account @AKMoosie. Douville also accompanied the video with the musical score of the movie Jaws, making it a must-see end-of-summer blockbuster for anyone with an interest in the outdoors. Watch it with the sound on.

Douville described her smash hit concisely, with a nod to Sheriff Brody: “Black bears fishing in the creek…We’re gonna need a bigger boat!” Douville is a competent salmon angler in her own right and has boated some nice fish this summer.

Black bears are the most abundant and widely distributed species of bear in North America. They’re typically more scavengers than predators when plentiful runs of salmon aren’t on the menu. Early in August, a hungry bruin in Pennsylvania whisked a big road-killed whitetail doe off the highway and into woods in another compelling summer blockbuster.