Wisconsin House Cat Brings Home the Head of an Alligator

Look what the cat dragged in. State DNR officials said that the head belonged to a 3-foot gator that was living in a nearby lake 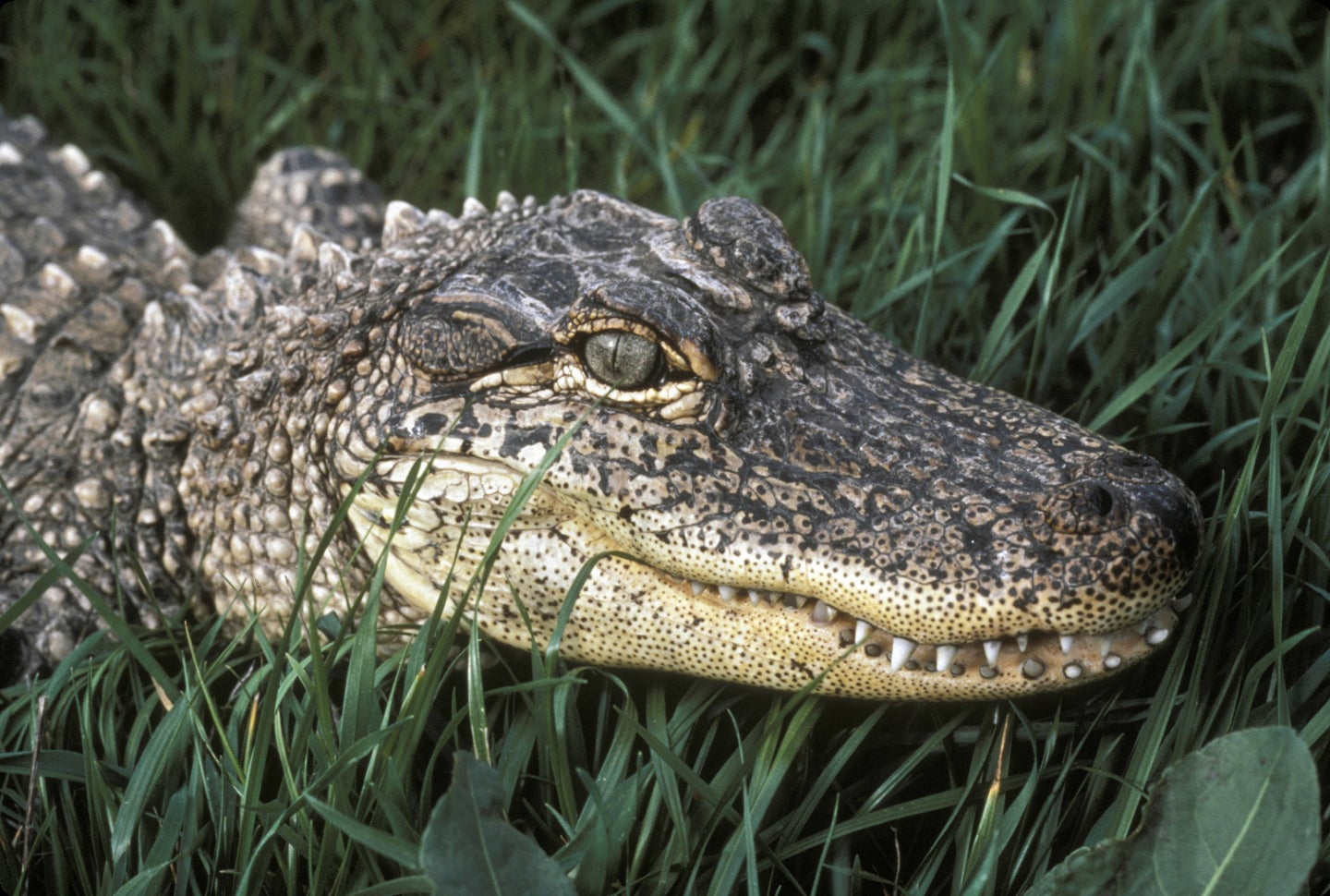 The cat owner believes that the exotic gator was was killed by a bald eagle before the feline found its head. Kevin Schafer via Getty.
SHARE

A 2-year-old black cat in Wisconsin recently did something most human hunters can relate to; it brought its bounty back home to impress the family. Owner Wendy Wiesehuegel, who lives on the shores of Lake Keesus in Waukesha County, a half hour northwest of Milwaukee, was more than impressed—she was shocked. Her cat, Burnt Toast, had dragged in an alligator head.

“He brings us something every day,” Wiesehuegel told Fox6 Milwaukee. “He was very proud of himself. I bent down and I’m like ‘that’s not a fish, that’s a gator.’”

Upon realizing what Burnt Toast had retrieved from the lakeshore, Wiesehuegel called the Wisconsin Department of Natural Resources (WDNR). Game Warden Tim Aspenson confirmed that the head appeared to belong to what was once a 3-foot alligator—most likely a pet that escaped or was dumped into the lake.

Aspenson’s colleague, WDNR Amphibian/Reptile Biologist Rori Paloski said he typically only gets one report a year of an alligator roaming the Badger State. “They are definitely not naturally occurring, they are not native to Wisconsin,” he said, adding that there is little chance an alligator would survive a winter in a Wisconsin lake.

At first, Wiesehuegel was excited because her cat had made such a rare find. Then she considered the implications. “I’m very concerned,” Wiesehuegel told WISN-ABC. “Because we swim out there. Kids swim out there. We’ve got babies on this lake. So, we don’t want anything to happen. We’ve got lots of pets around here.”

The WDNR is requesting information from the public about how the alligator ended up in the lake. Wisconsin does not have laws prohibiting ownership of exotic animals, but officials noted that non-native species could pose a threat and reminded citizens not to release their pets into the wild. Aspenson said it was unclear how the gator’s head might have been severed from its body. But Wiesehuegel had a theory that involved a third predator. She said neighbors had recently seen a resident bald eagle feeding on “something rather large” by the lakeshore.