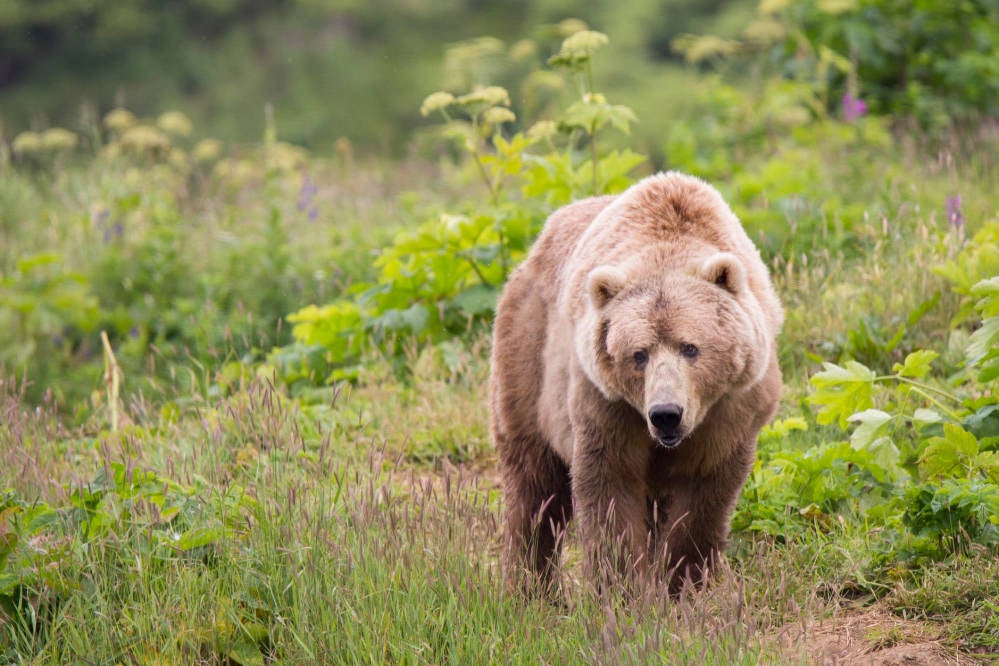 A 9-year-old boy was attacked by a brown bear in Alaska earlier this week. According to a police report, the boy was hunting with a 35-year-old man in the Palmer Hay Flats area on September 20, which is around 35 miles from Anchorage, when the bruin attacked him. The Alaska Department of Public Safety, did not release the identities of the people involved in the attack, though they did note that they were related. They also did not disclose what kind of animals the duo was hunting.

Alaska State Troopers were alerted to the bear attack at 6:37 p.m. and immediately responded to the incident. Both hunters were transported to a Mat-Su area hospital for treatment. The boy sustained “serious injuries” from the attack, while the man suffered only “minor injuries.” The man had stopped the attack by shooting and killing the brown bear. Alaska State troopers and Department of Fish and Game staff are continuing to investigate the incident. The current condition of the young hunter has not been released.

According to the National Park Service, brown bears and grizzly bears are common names for the same species in Alaska. The difference between the two names has to do with geography; Brown bears live in coastal regions, while grizzlies live inland. Alaska is home to roughly 30,000 brown bears statewide, according to the Alaska Department of Fish and Game.

Read Next: Authorities Suspect a Collision with a Whale Capsized a Boat in New Zealand, Killing 5 People

Brown bears can reach weights in excess of 1,500 pounds. They’re larger and typically more aggressive than black bears. In Alaska, brown bear attacks are uncommon but do occur. Earlier this fall, an Alaska hunter was attacked by a brown bear he shot near Anchorage. Last May, an active-duty Army Staff Sergeant was tragically mauled by a brown bear at a Joint Base Elmendorf-Richardson training area.