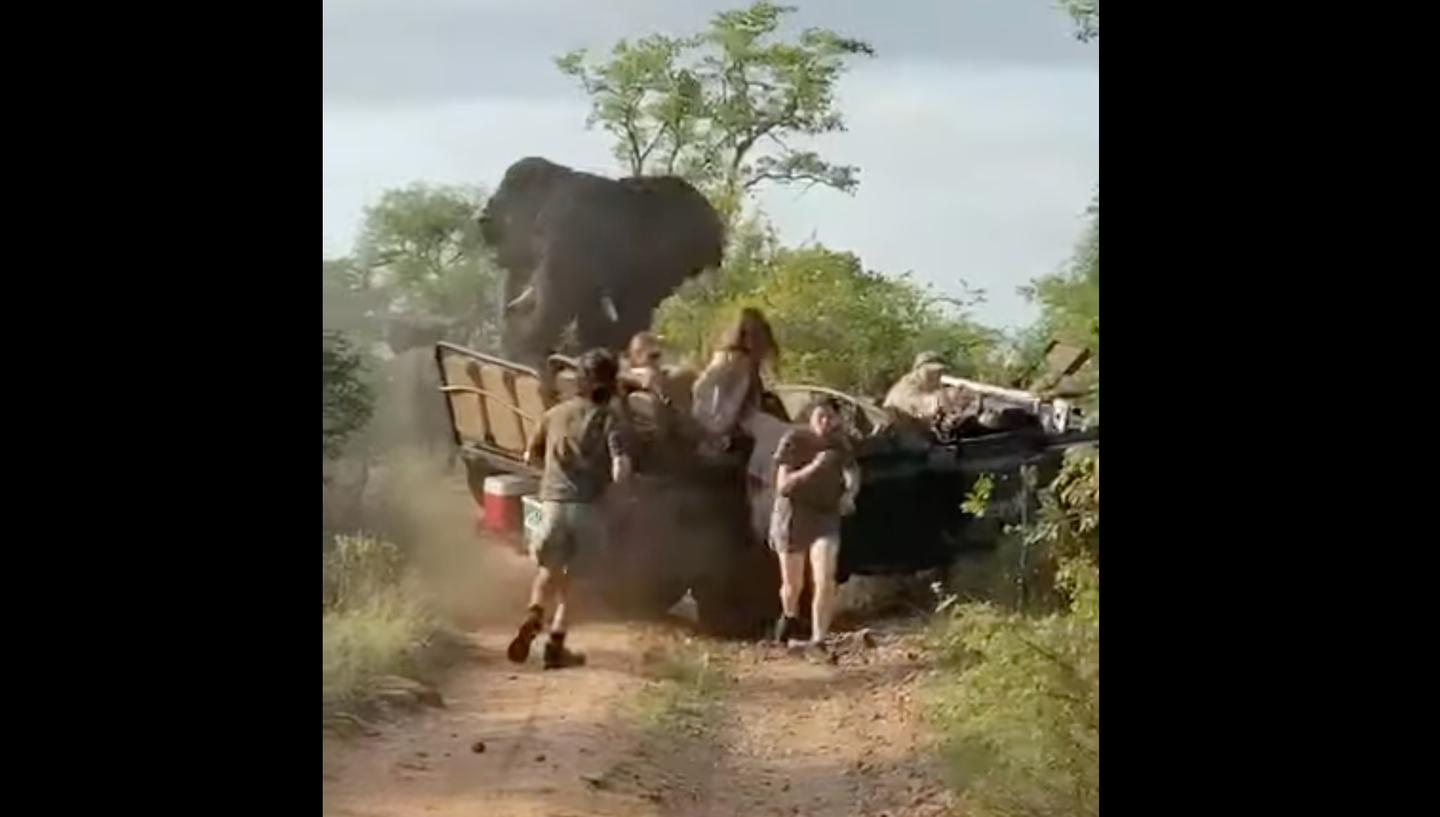 It seems safe to say that elephants like breeding as much as anyone—and that they do not like being watched. That, at least, appears to be the case judging by a couple of videos and a news story making the round this week about a group of wildlife-guide trainees whose vehicle was shredded by an angry bull last week in the Selati Game Preserve in South Africa. According to the Earth Touch Network, a group of instructors and trainees riding through the bush encountered a breeding herd of elephants and promptly regretted it.

Here’s the thing: Elephants in “musth” (the pachyderm equivalent of the rut for whitetail deer) have up to 60 times their regular levels of testosterone. Imagine a buck that weighs 6 tons and has 6-foot-long tusks in the middle of the rut. Would you mess with that thing?

The first video shows a bull at first only false-charge the vehicle, which slows but continues to advance. The bull then charges for real, appears to hook a tusk into the vehicle’s grill, and, with what looks like no effort whatsoever, lifts and shoves the vehicle and its occupants aside. Mayhem ensues and in the next video, the vehicle is completely turned over.  Everyone inside managed to escape unharmed but the elephant punctures the vehicle like a soda can and does serious damage to it.

On Facebook, the company, EcoTraining, tried to put a positive spin on the incident, saying that “the vehicle stopped to observe the elephants and give them a chance to settle down.” The implication is that the elephants simply wouldn’t use the pause to calm down, as they should have, but instead got revved up. That, apparently, is what a very large dose of testosterone will do.

Read Next: Bison Launches Another Bison Off of the Road in Epic Battle

By the time The Sun newspaper got hold of the story, it involved a “sex-crazed” elephant. The paper referred to “13-foot-tall testosterone-fueled tusker,” which is a memorable phrase if I ever heard one. EcoTraining reported that all the people involved in the incident have received professional counseling, which seems like the least they could do after sending the students to observe “sex-crazed” elephants.