The moose was a one-year old male weighing approximately 500 pounds, according to the Alaska Department of Fish and Game 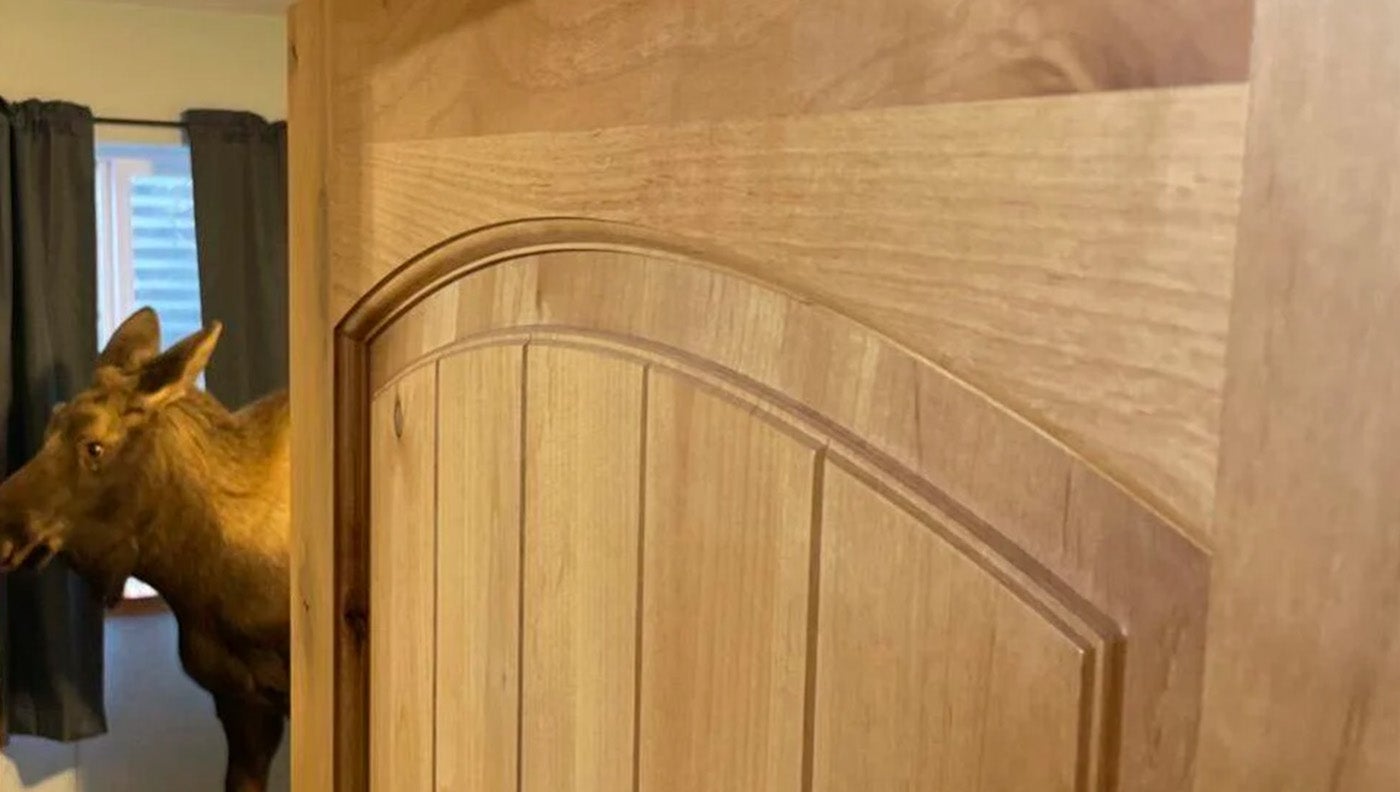 The residents of a home in Soldotna, Alaska endured a surprise visit on Sunday, November 20, when a young bull moose blundered into their living space. According to local reports, the moose inadvertently shattered a window before it entered the home. With help from the Alaska Department of Fish and Game (ADFG), a team of local firefighters sedated, removed, and released the large ungulate without further incident.

“It looks like the moose had been trying to eat some vegetation by the window well of a basement window,” Captain Josh Thompson of Central Emergency Services on the Kenai Peninsula told the Anchorage Daily News. “[It] fell into the basement through the glass.”

Thompson and his crew were supported in the rescue effort by three biologists from ADFG and two Alaska wildlife troopers, who responded to the call around 10:30 a.m. They found the one-year-old bull trapped in a basement bedroom with the door shut. An ADFG biologist sedated the 500-pound animal, but it never fully lost consciousness, according to the Associated Press. Six firefighters then positioned the subdued moose over a large transport tarp and maneuvered it up the stairs, through the house, and back outside.

The firefighters said this was the second time a moose had fallen into the same basement window well at the Soldotna residence. After the firefighting crew returned the moose to its outdoor environment, one of the biologists treated minor lacerations on the back of its legs and administered a tranquilizer-reversal agent. Thompson said the uninvited guest just rested there for a while then, “he got up and took off.”