Watch a Bull Moose Tear Through a Youth Soccer Game

The moose broke onto the field in the middle of a game, sending parents and toddlers running for the hills 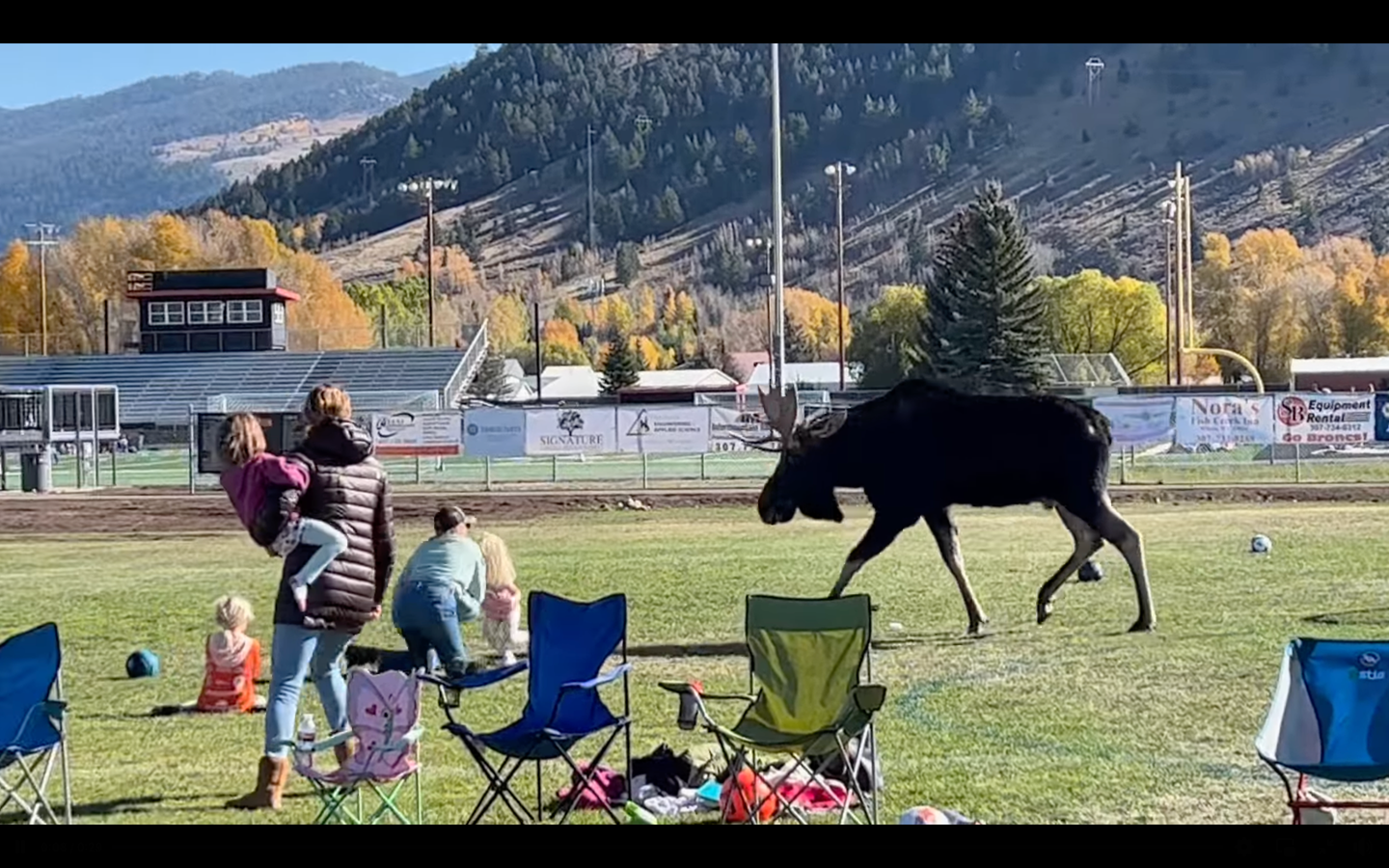 This past weekend a soccer mom recorded a video of a moose running through a Jackson Hole, Wyoming youth soccer game. The bull sent dozens of 6- and 7-year-olds and their parents running for the sidelines until a man on an e-bike swooped in to haze the moose away from the crowd.

Barbara Allen, a parent of two kids at the game on Saturday, posted the video to her Facebook page. At first, she thought what a lot of people think when they see a bull moose. “[I thought] ‘Wow, that’s a beautiful bull moose with a big paddle,’ ” she told Jackson Hole News & Guide. That was before the moose crossed the street and ran through the game.

In the video, you can hear parents yell, children cry, and dogs bark as the large animal trots across the field. Everyone, including the moose, looks scared and confused.

“He definitely seemed pretty nervous and was zig-zagging across the field,” said Natalie Prescott, one of the soccer coaches. At one point the moose brushes past a woman picking up a child in a close call. Then a man on an e-bike appears out of nowhere and slowly chases the moose away from the children.

“Who’s the fool attempting to herd the moose on the bike?” read one of the comments on Facebook. Others felt the man saved the day. “Oh my,” commented Chris Christian. “Some mighty fine moose herding here.”

Moose activity picks up in the fall because of the moose rut. This coupled with snow at higher elevations around Jackson can send male moose into town where they can get into trouble.

“We’ve all kind of seen it,” said Trent Hultman, executive director of Jackson Hole Youth Soccer. “Males act a little differently this time of year and we just happened to be in its path.” Thankfully, nobody was hurt.

Facebook commenter Dustin Hulme seemed to sum up the incident perfectly: “Only in Jackson… A hippie on an e-bike, herding a moose.”