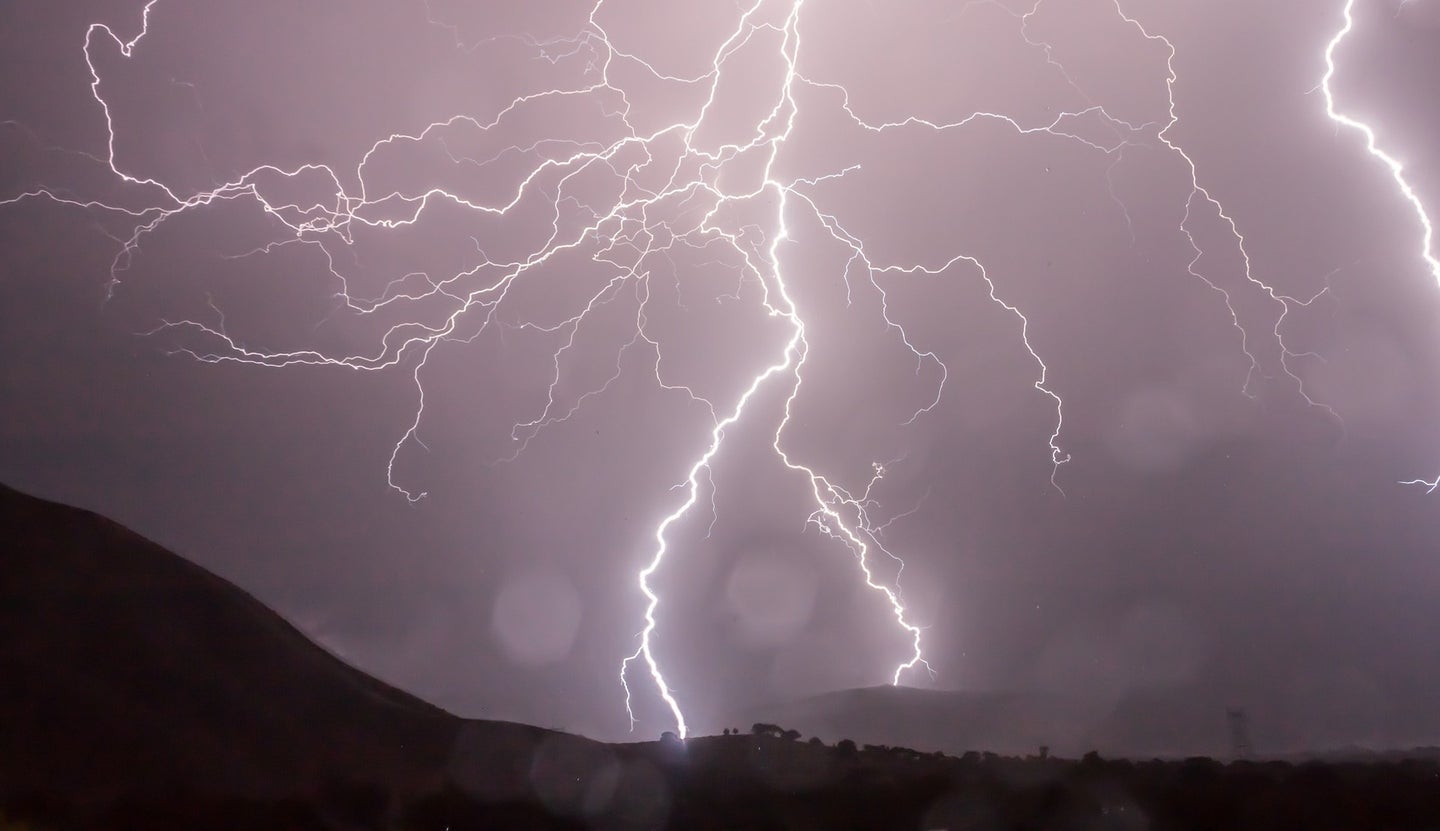 The strike also injured another camper at the NOLS event. sethink from Pixabay
SHARE

Lightning struck a group of back-country campers attending an outdoor skills school in Wyoming near Yellowstone National Park on Tuesday, killing one student and injuring a second. John “Jack” Murphy, 22, of Boston died of cardiac arrest after lightning hit his tent.

Murphy was among 11 students and three leaders with the National Outdoor Leadership School (NOLS) who camped in the Absaroka Mountains near Enos Lake, which sits at 7,818 feet. According to a NOLS press release, course members responded immediately and performed CPR for over an hour. Teton County Search and Rescue dispatched a helicopter to the scene and transported two people to Jackson, Wyoming, within four hours of the incident, which occurred around 6 p.m. as thunderstorms moved through the area. The injured person—which some news reports suggested was a course leader—was transferred to Eastern Idaho Regional Medical Center and was released Wednesday, Shana Tarter, NOLS associate director for wilderness medicine, later confirmed.

The nonprofit school based in Lander, Wyoming, teaches wilderness and leadership skills. According to the Jackson Hole News & Guide, the students were three or four days into a 30-day trip. The 12 remaining members of the group stayed overnight at the scene after inclement weather prevented the return of the helicopter that flew Murphy and the injured person off the mountain. Two members of the search-and-rescue team stayed with the group until the next morning, when a pair of students who felt unable to make the 12-mile hike to Enos Lake were flown out. The rest of the group hiked out.

Murphy is the 13th NOLS student to die in the 57-year history of the school, which has graduated more than 300,000 students. His death is the first lightning fatality in Wyoming this year, according to the National Lightning Safety Council, and the ninth in the United States.  The National Weather Service says about 20 people are killed by lightning strikes annually in the United States, and hundreds more are injured.

Read Next: Four Survival Myths That Could Get You Killed

In a written statement emailed to the News & Guide, Murphy’s family wrote: “We are rocked by grief at having lost our dear Jack. Jack loved the outdoors and found peace in the physical exertion it takes to climb to a remote place like Enos Lake, so far from the city home he grew up in. We know in his last moments he was with others who shared his passion for the wilderness and helping others. And he was doing what he loved best—being outdoors, in awe of the beauty of nature.”