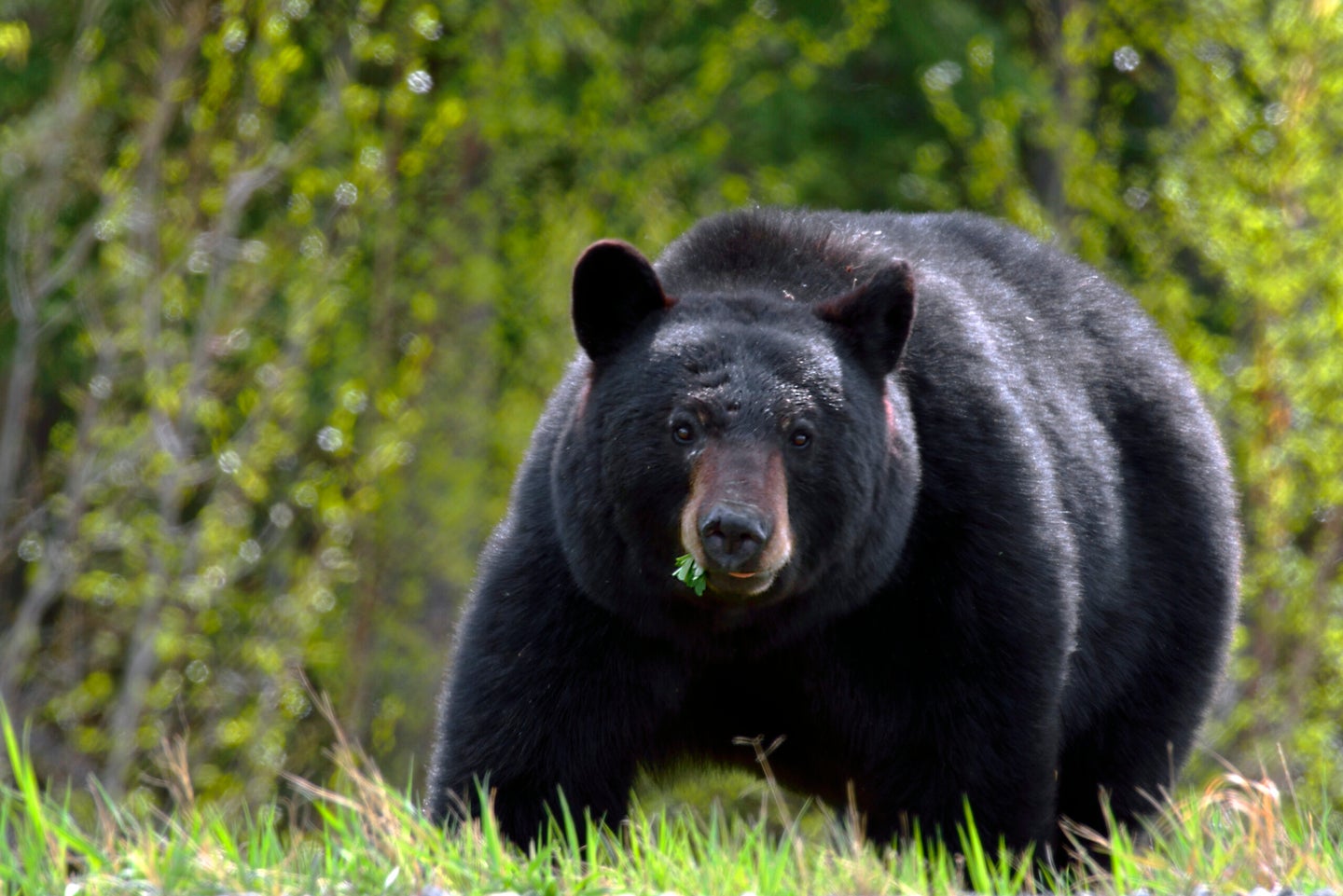 Black bears can reach weights of up to 600 pounds. DESPITE STRAIGHT LINES (Paul Williams) via Getty Images
SHARE

On Saturday, August 6, two hikers came face to face with a black bear in Jasper National Park, in eastern British Columbia. The bear was only 30 meters away from the hikers when they encountered it on the popular Overlander Trail. One of the hikers fired off their 20-gauge shotgun to try to haze the bear away, but the bruin didn’t retreat. The hiker fired again, this time hitting the bear, which rolled down a creek bank. The hikers immediately left the scene.

The bear’s condition is unkown, though blood was detected at the scene of the encounter. Park staffers have so far been unable to locate the bruin. “The search for the bear was very challenging due to due dense forest conditions and topography,” Parks Canada told CBC. “Injured bears can be very aggressive when encountered in close quarters, so any further searches must be approached with extreme caution.”

The park temporarily closed the Overlander Trail while further searches are conducted. If park staffers locate the bear and it’s still alive but severely wounded, they plan to euthanize it. If they find the bear dead, they will move it away from the trail. Jasper National Park is home to both black bear and grizzly bear populations. Visitors to the park commonly see black bears in forested areas, along roadsides, and near campgrounds.

An official told the CBC that a hiker using a loaded firearm in self-defense in the national park was “unprecedented,” adding that the hiker was charged with “several counts” under the Canada National Parks Act. It’s not immediately clear what those charges are and what kind of punishment the hiker may face. Parks Canada typically recommends that people traveling in bear country carry bear spray and know how to use it.