The climber deterred the charging bear with a series of punches and kicks, then went on to summit Mt. Futago 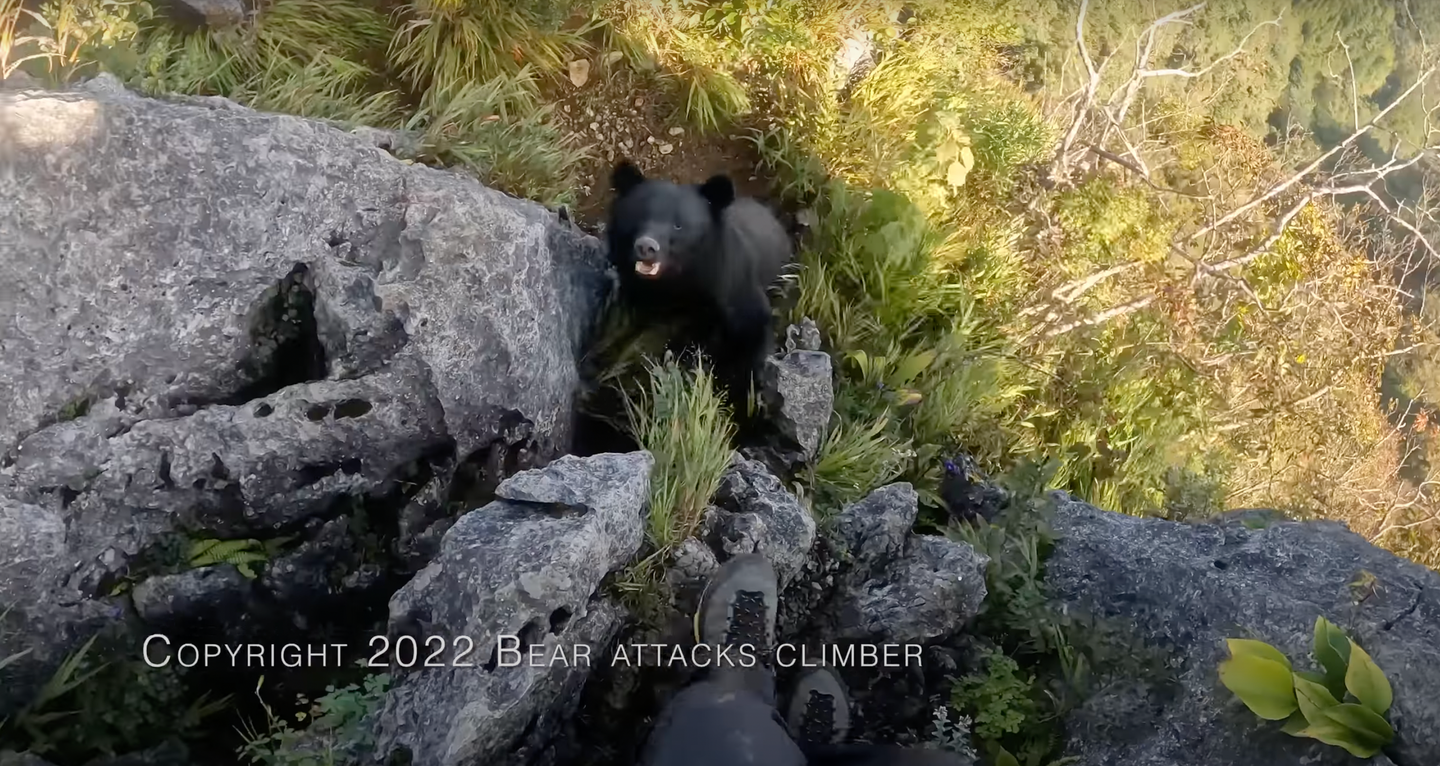 A mountain climber in Japan fought off a hard-charging black bear and lived to tell the tale. The attack occurred while the unnamed man was traversing a precarious ridge near the summit of Mt. Futago. The entire ordeal was captured by a helmet-mounted GoPro camera, and the footage—which the climber posted to YouTube on October 1—has now been viewed more than 2 million times. See it for yourself below.

“I was attacked by a bear from behind while descending the rocky ridge of Mt. Futago,” the climber wrote in the post description below the video. “Instead of fear, I switched to the feeling that if it was coming, I had no choice but to face it: Keep screaming and intimidating, Pound with Hammer Fist, Front kick.”

During the first minute of the video, the climber is seen scrambling down the rocky outcrops of Mt. Futago—then things get crazy. At the 1:07 mark, he lets out a blood-curdling scream and the snarling face of a black bear enters the frame.

The bear leaps down from a ledge, nearly landing in the climber’s lap, and the man appears to punch the animal before it falls further down the steep mountainside. After the initial charge is over, the agitated bear comes back for more. But the climber keeps screaming—pounding his fist and feet against the bruin’s head until it finally relents. The encounter lasted less than 30 seconds, and the climber went on to bag the summit once the bear left the area.

The bear involved in this incident appears to be a Japanese black bear, which is a subspecies of Asiatic black bear. According to Newsweek, Asiatic black bears can weigh up to 440 pounds, and they have a reputation for being aggressive towards humans. “Looking back at the video, it seems that the bear attacked me to protect the cub,” the climber said. “I invaded bear territory, but since they attacked me, I defended myself.”