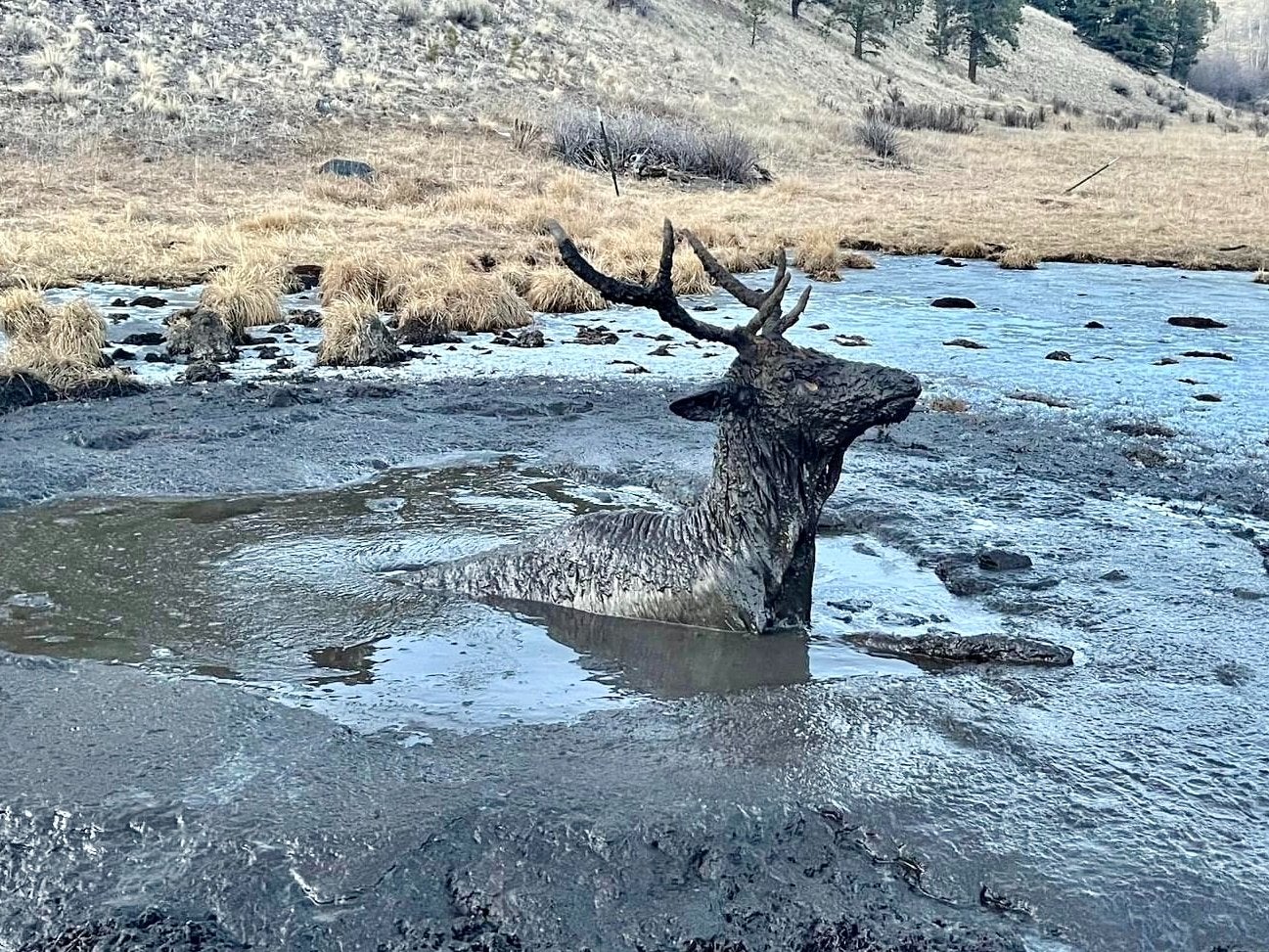 Here’s something you don’t see every day. Colorado Parks and Wildlife (CPW) officials recently saved an elk drowning in mud by lassoing the animal’s antlers and hauling it out with ATV.

The exhausted bull was seen wallowing up to its neck in a boggy area near Creede, Colorado on December 5. The young bull appeared unable to free itself. Two CPW wildlife officers responded to the scene and tried pulling the elk out with their hands, but it was too heavy—and if left unattended, would’ve surely drowned or starved to death in the mud. In a video shared on Twitter, the bull elk is so tired that it doesn’t have the strength to react, even when people are within arm’s reach.

Wildlife officer William Miedema took a call from the U.S. Forest Service about this small bull being stuck. Miedema and fellow wildlife officer Tyler Cerny responded to the area and found the young bull elk stuck up to its neck in mud and unable to get out. pic.twitter.com/z9QPscMy0e

When pulling the elk out by hand failed, officers William Miedema and Tyler Cerny got creative. They looped two ratchet straps around the base of the bull’s rack and secured the ends of the straps around the back of an ATV. With a slow rev and pull pattern, they slowly slid the elk out of the mud hole. The bull showed little response during the removal process.

Read Next: 5 of the Wildest Locked-Up Buck Stories We’ve Ever Seen

Eventually, the young bull gathered enough strength to stand up. “[The officers] were able to successfully rescue the elk,” wrote CPW SW Region in a Tweet. “We want to thank the Forest Service for reporting this animal in distress and our wildlife officers for their quick thinking. It was a difficult task, but they got it out. Good luck out there, young bull!”