Watch a Cow Moose Save Her Calf from a Bear Attack

In this epic video, a cow moose running off a black bear that had taken down her calf 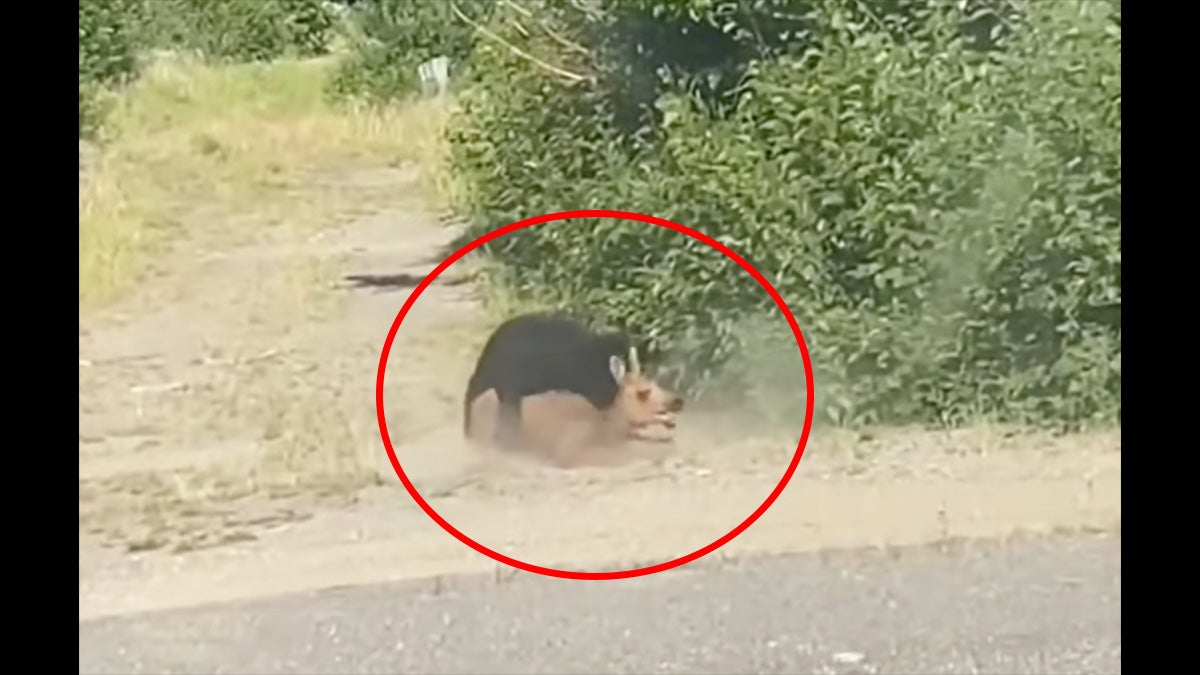 A black bear in Alaska tried to take down a moose calf earlier this summer—but underestimated the protective nature of the moose’s mother. The bear successfully took the moose calf to the ground and clamped its jaws down around its neck. For a moment, it appeared like the bear was going to make a quick meal out of the young critter—but then a big cow moose came to the rescue. The moose came running directly at the bear, which tried to drag the calf with it as it fled before eventually releasing its quarry. The bear made one more attempt to catch the calf, but the cow moose again chased it off, before standing protectively above her offspring.

Related: Watch a Cow Moose Charge a Grizzly After It Kills Her Calf

The spectacular series of events was filmed by Ashlyn Conner, and took place earlier this summer in Nikiski, Alaska, off the Spur Highway. The bear pictured in the video appears to be a black bear. According to the National Park Service, black bears are North America’s smallest species of bear. They’re “opportunistic feeders,” which means they’ll try to take advantage of whatever food sources present themselves, including young deer, elk, and moose.

Alaska is home to 175,000 to 200,000 moose, according to the Alaska Department of Fish and Game. Cow moose can reach weights of up to 800 pounds and are known to be aggressive when protecting their young—as this moose was.

Correction: The story originally identified Cody Handley as the person who claimed to have shot the video. We’ve since learned, and confirmed, that the video was filmed by Ashlyn Conner.