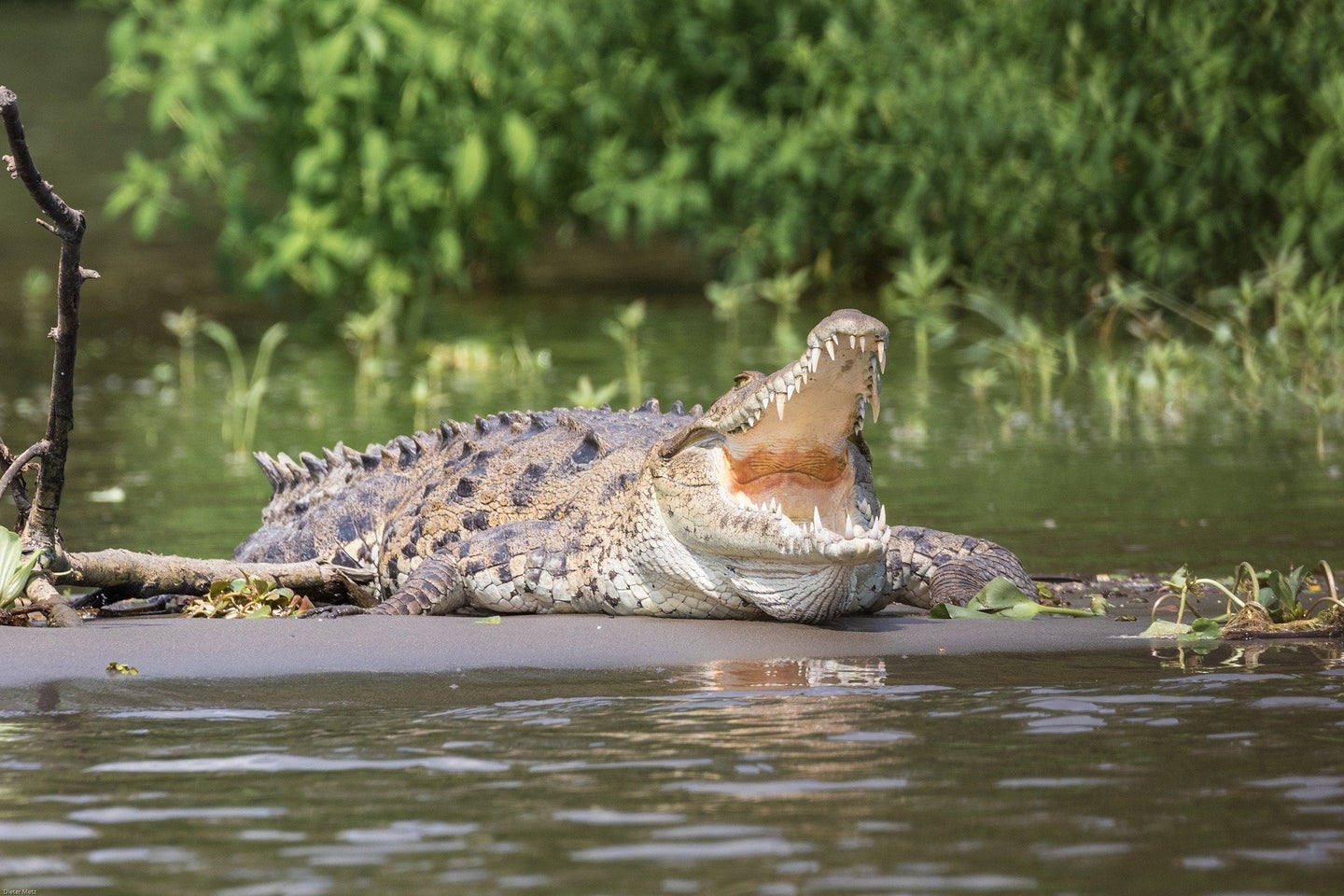 Here’s something most fishermen don’t see every day—at least not in North America. Daniel Johnson was fishing on the Proserpine River in the northern part of Queensland, Australia, when he hooked into a small shark. But as Johnson reeled in what he believes to be a juvenile bull shark, something unexpected happened.

“There was a lot of commotion down on the other end of the bank,” Johnson told ABC Tropical North. “People were yelling ‘lookout, it’s coming!'”

Well, the “it” was a massive crocodile—and it was on a beeline straight towards Johnson’s shark, which he’d quickly brought to the bank. Johnson says that the big croc is something of a local celebrity and is nicknamed “Boofhead,” which according to Dictionary.com, is Aussie slang for “a person or animal with a large head.” While it’s not an incredibly creative nickname, it is an apt one. As Boofhead swam over to the shark, Johnson cut his line. But the shark had gotten tangled in some old fishing line along the shore—and Boofhead easily flipped it between its jaws. Somehow, Johnson managed to capture most of the encounter on video. You’ll want to turn up the sound to hear the croc really chomp down on the cartilage—and the strange guttural sounds it makes as it swallows the baby shark whole.

The saltwater crocodile is the largest reptile on earth and can reach weights of up to 2,200 pounds and lengths surpassing 16 feet, according to Animalia. There are approximately 200,000 to 300,000 saltwater crocs—or as Australians call them, “salties”—in Australia today. They’re also known to have one of the strongest bites out of any animal on the planet.

“I’d never seen one that close eat something,” Johnson told ABC Tropical North. “To be almost able to smell his breath was pretty amazing. I could see every scar on his face, every battle wound.”