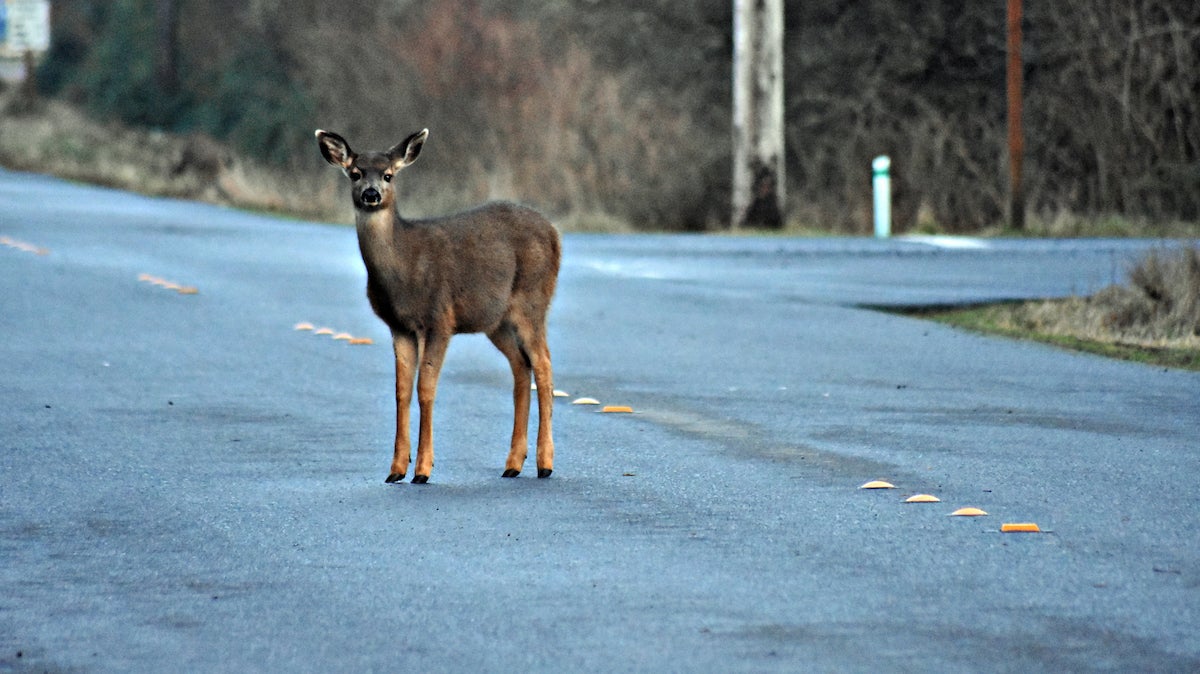 After the attack, the dog owner called for a cull of the deer in the area. Corrina Joel via Getty Images
SHARE

Brittany Antonick of Princeton, B.C., recently had a frightening experience with a deer. According to Canada’s CBC News Online, Antonick and her family were outside their home on Wednesday, June 15, when they noticed a deer standing nearby. Antonick told reporters that as she watched the deer, a woman with a stroller and two leashed dogs passed by. Antonick and her dog approached the woman and the deer went for Antonick’s dog. “The deer absolutely attacked and stomped my dog,” she said.

Antonick’s dog escaped into the family’s truck, and the deer turned its attention to the stroller, the mother, and her two dogs. Then Antonick’s husband stepped in and managed to frighten the deer away.

“We were screaming,” Antonick told CBC News. “I was so worried, not only about my child, but (for that) little helpless baby in the stroller, as well as (her/his) mother. We were totally terrified of what was going to happen.” She continued by saying her husband had encountered that particular deer, a doe, in the area before, and that she likely has a fawn nearby.

Deer can be extremely unpredictable, according to sources with the B.C. Conservation Officer Service (COS), particularly during fawning season. They can be quite aggressive toward supposed threats, like humans and dogs, in an attempt to protect their little ones. Antonick told CBC News that human and deer interactions have become more common in and around the Princeton area, with a major factor in the problem being people feeding the animals.

Read Next: As New Jersey Grapples With Deer Overpopulation, Some Push for Non-Lethal Management Methods

As a result of her experience, Antonick is requesting a cull of the deer in the neighborhood. Princeton Mayor Spencer Coyne said that while incidents such as the one Antonick endured have been ongoing in the community for two decades, the frequency of such encounters isn’t such to justify a widespread cull.

Coyne continued by commenting that many are reluctant to call the COS, fearing the animals in question will be put down. Often, he said, the ‘target’ animal is gone by the time COS officials, headquartered more than 60 minutes away from Princeton, can arrive on the scene.