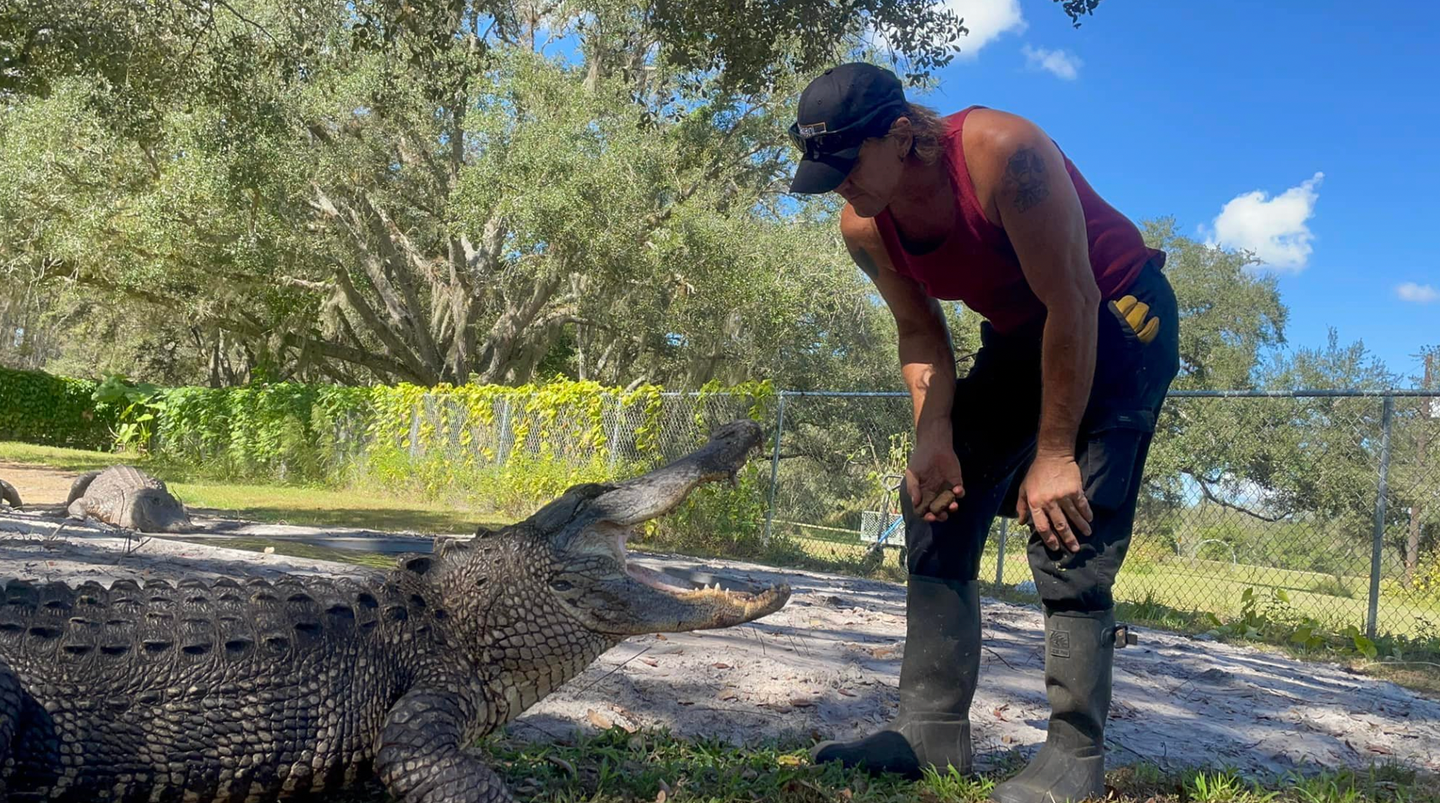 The Florida wildlife expert lost much of his arm after a large gator clamped down on his hand and went into a roll. Florida Gator Gardens via Facebook.
SHARE

It’s been a record year for alligator attacks in the American South, and, unfortunately, another victim has been added to the growing list of gator-related injuries and deaths. Greg Graziani, a wildlife director at a Florida gator park is missing his left hand and part of his forearm after he was attacked “during a routine interaction” with one of the park’s large gators.

Graziani’s arm was amputated just below the forearm during a nine-hour surgery at Tampa General Hospital, Florida Gator Gardens wrote in a Facebook post. The park is located in Venus, Florida, 125 miles southeast of Tampa. When he arrived at the hospital, Graziani’s hand was completely detached from his arm, suspended only by one “tendon and some muscle that the surgeon had to untwist 6 times,” according to the post.

In a recent article, the Tampa Bay Times said that the Florida Fish and Wildlife Commission is actively investigating the incident, which occurred around 7:30 p.m. on August 17. Florida Gator Gardens is a licensed “captive wildlife facility”, according to the Times.

“Every time we work with any of our animals, we never fail to acknowledge the gravity of the situation,” the park wrote. “We are working with an animal where collaboration and training between species is something that is taught, and it usually goes against quite a few natural instincts.”

Graziani has run afoul of the natural instincts of alligators before. In 2013, he was handling a 7.5-foot nuisance gator that he’d trapped and removed from someone’s property. According to the Times, that gator was contained inside a horse trailer when it went into a roll, snaring Graziani’s arm in an attached rope and snapping his bones in multiple places.

Read Next: Two Alligators Attack and Kill a Woman in Florida

Images posted to the Florida Gator Gardens Facebook page show Graziani’s most recent injury in gruesome detail. In an X-ray photo, the bones below the wrist are clearly removed from the forearm—demonstrating the dangerous amount of force that alligators can inflict when they roll. There’s also a photo of Graziani just inches away from an open-mouthed alligator with what appear to be gator snacks in his right hand. Another photo shows him on the ground receiving medical treatment in the immediate aftermath of the attack. In one of the final photos in the series, he can be seen lying on a stretcher awaiting helicopter transport to Tampa General Hospital.

According to the park, Graziani’s enthusiasm for big gators was not damped during the incident. And the gator that got his hand, which is still being housed at the park, isn’t going anywhere. “Greg has worked with reptiles since he was 7 years old,” Florida Gator Gardens wrote. “After almost losing his right arm in 2013, he only came back more determined to share his passion for reptiles with the world. As far as the alligator involved, he was uninjured and will continue to stay here with us as a valued member of the zoo.”