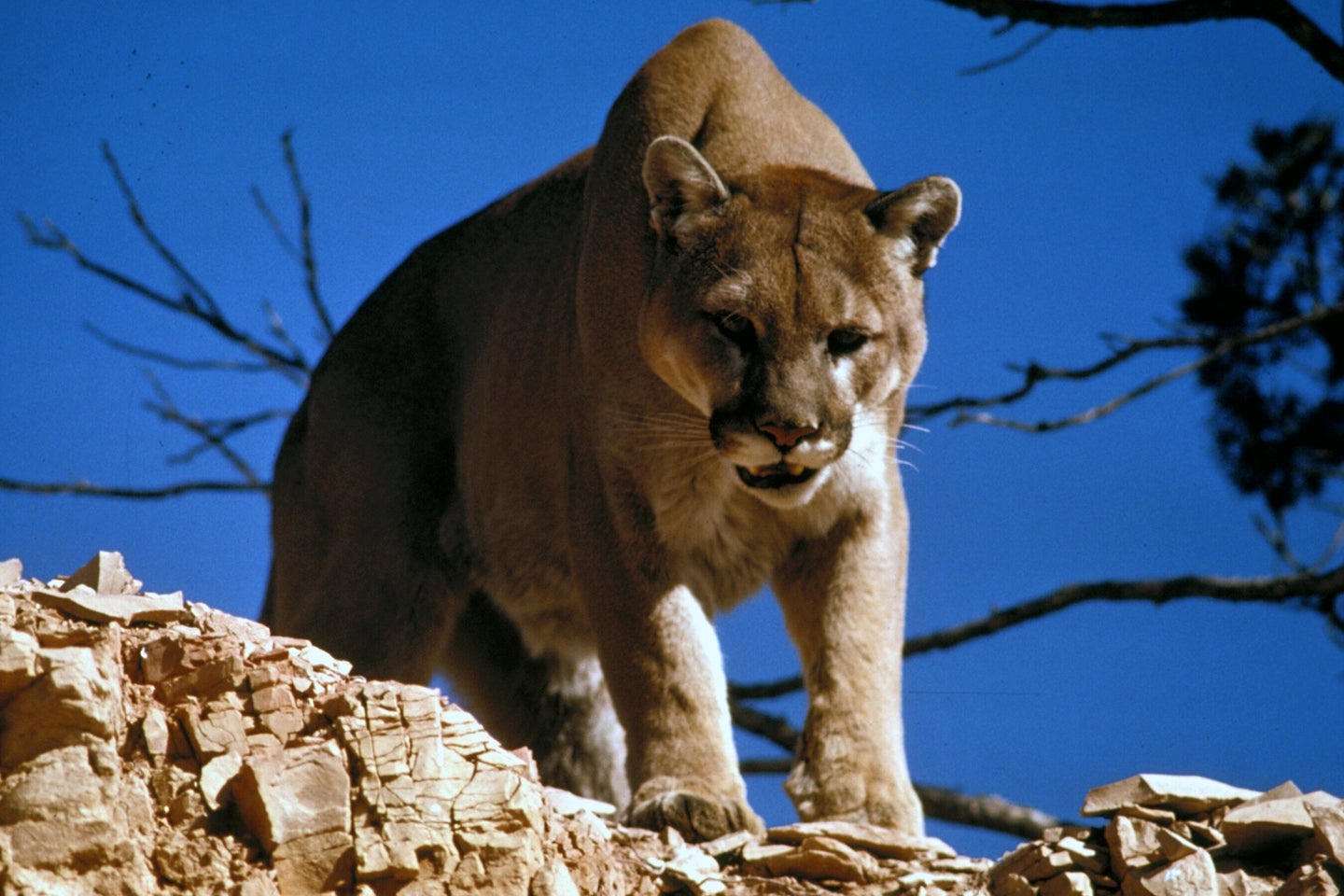 Mountain lions range in weight from 70 to 150 pounds. NPS
SHARE

Steve and Tammy Miller were hiking with their 65-pound husky mix named Karley on a popular trail in Arizona when a mountain lion attacked. The big cat went after Karley, snatched up the mid-sized dog, and then ran off with it. “I seen my dog in this thing’s mouth, tongue out. It was limp,” Steve told Fox10. “[It was the] most horrifying thing I’ve ever seen.”

The attack took place in Oak Creek Canyon, which is a river gorge South of Flagstaff that’s often called the Grand Canyon’s smaller cousin. The Oak Creek Canyon Scenic Drive runs through cliffy switchbacks and offers multiple hikes, swimming holes, and lookouts. Steve and Tammy Miller were on foot when they encountered the lion. “We screamed at the cat,” said Tammy. “We screamed for our dog to fight.”

But their screams didn’t seem to work. The big cat ran off with the dog. The Millers reported the attack to local officials, spent several hours searching for their beloved dog, and then went home fearing the worst. But later the same day, a park ranger called to tell them that not only was Karley found alive—she also was not seriously hurt.

“There’s a big possibility that this particular mountain lion was young and inexperienced, or old, weak and desperate,” Amy Burnett of Arizona Game and Fish Department (AZGFD) told Fox10. “Mountain lion attacks on dogs are really, fairly rare and attacks on people are even rarer.”

Read Next: California Woman Bear-Sprays Cougar to Save Lap Dog

The AZGFD did not announce any plans to locate or euthanize the mountain lion involved in the incident. Mountain lions are widely distributed throughout The Grand Canyon State and typically range in weight from 70 to 150 pounds. The AZGFD considers mountain lions to be a big-game species and offers an unlimited number of tags with a bag limit of one mountain lion per hunter per year. Arizona residents living in lion country are encouraged to visit AZGFD’s “Living with Mountain Lions” webpage for safety information.