Fortunately, the family appeared to escape the encounter without any serious injuries 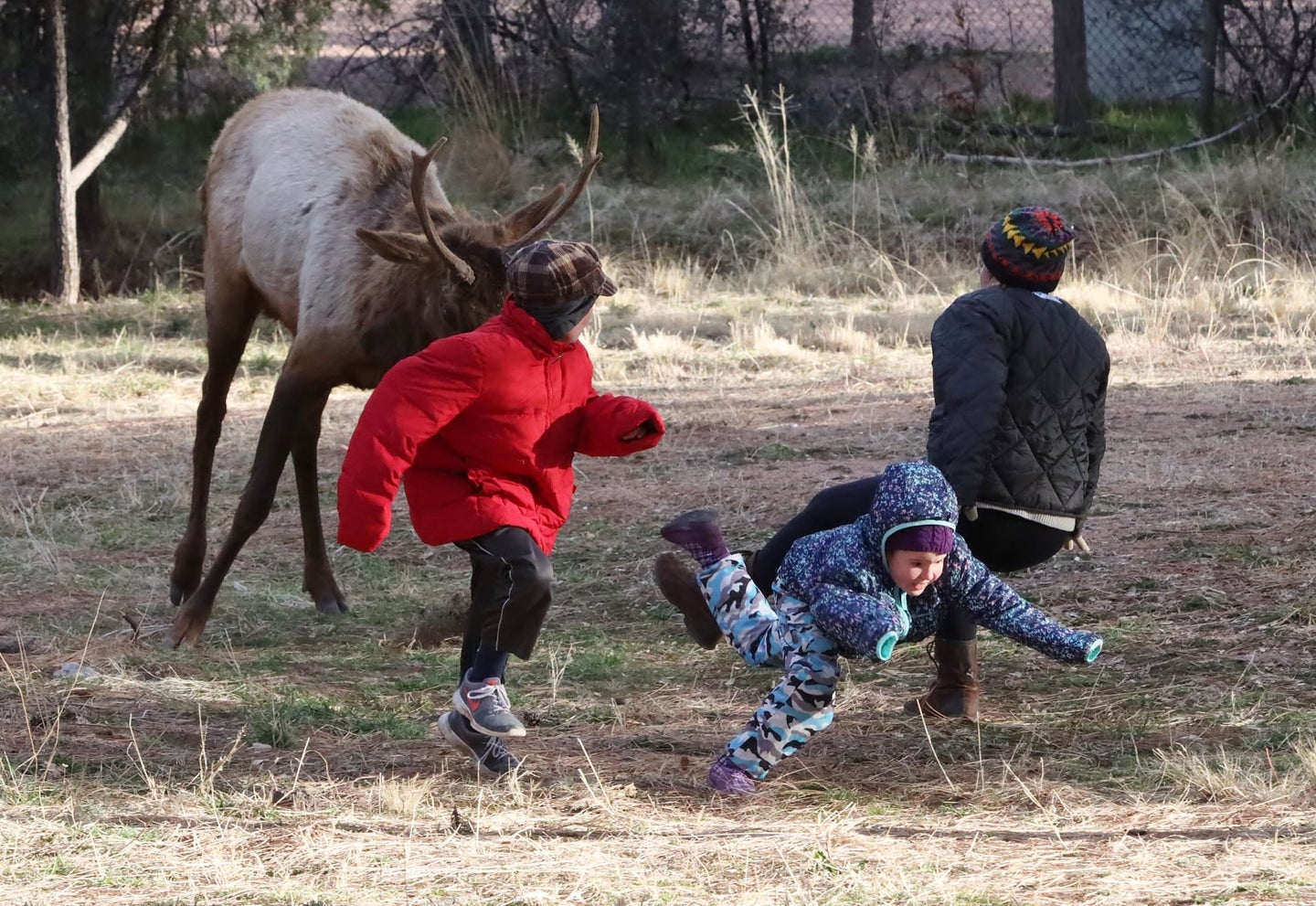 This is probably the last thing one family expected to happen on a recent trip to Rumsey Park in Payson, Arizona—they were attacked by an aggressive spike elk. The potentially dangerous encounter took place on Monday, February 21. Local photographer Craig Miller happened to be on the scene and recorded the ensuing events in a series of photographs.

“A fun day at Rumsey Park gone bad, really bad,” wrote Miller in a Facebook Post. “This lone spike bull made his way this afternoon onto the beach volleyball courts…It didn’t take long for the bull to begin playing in the sand, jumping around and ‘sparring’ with the boundary lines.”

The spike elk then wandered over to the playground—where a mother two young children stood and watched as the elk neared them. The mother stood in between the elk and her kids, attempting to shield them with her body.

But the elk was already riled up. “The two-pronged bull lowered his antlers, a show of behavior that he expected his ‘opponent’ to join him in scrimmage,” wrote Miller. “The rest of the very scary story can be seen in the pictures I’ve posted.”

The elk charged the family, knocking them to the ground. “I thought long and hard about whether or not to post this pictorial story,” wrote Miller. “From experience, I relate to the terror the mom and kids must have gone through.”

According to Miller, a man walked up and attempted to help the family. Thankfully, the children were able to escape after the initial attack, and the mom was soon able to seek shelter behind a tree. Serious injuries were avoided.

The startling incident underscores the importance of being cautious near and giving a wide berth to wildlife—especially bull elk. It’s an important reminder as the summer tourism season nears and many folks come face to face with elk and other wildlife at places like Yellowstone and Rocky Mountain national parks.

“We must remember that, as much as most of us love seeing the beautiful elk roam our neighborhoods, parks, and roads, the elk are wild creatures, without the reasoning capacity that we humans have,” writes Miller. “Keep your distance and don’t approach too close and back off quickly if an elk approaches you. Have an escape plan in mind before getting out your cell phone or camera.”