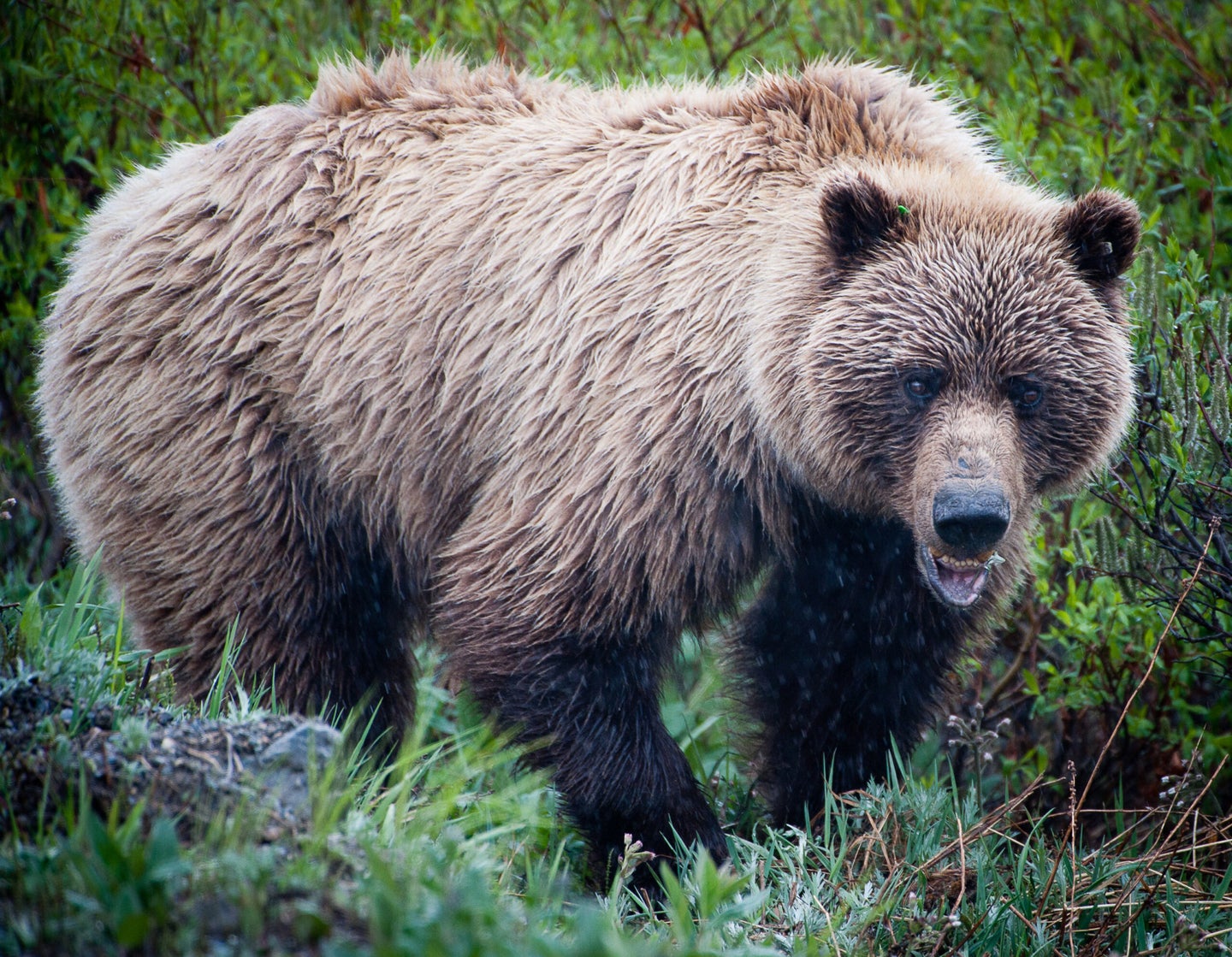 Grizzly bears can weigh up to 1,700 pounds. NPS
SHARE

A man in Park County, Montana has been found dead—an apparent victim of a grizzly bear attack. Craig Clouatre went missing in the Six Mile Creek area of Paradise Valley, which is to the south of Livingston, on Wednesday, March 23. On Friday, March 25, Park County Sheriff Brad Bichler announced on Facebook that searchers had located Clouatre’s body.

“It is with a very heavy heart that I am writing this update,” wrote Bichler. “After an extensive search this morning, we have located Clouatre. It appears he had an encounter with a grizzly and unfortunately did not survive. We will continue to work through the afternoon to bring Clouatre home. Please keep his family and all those involved in your thoughts and prayers.”

According to the Livingston Enterprise, Clouatre and a friend had initially gone into the area to search for shed antlers. At some point in the morning, they split up. When the friend returned to the car later that day, Clouatre didn’t show up as planned. The friend immediately called the Park County Sheriff’s Department, which kicked off a multi-agency search and rescue effort that involved ground teams, as well as horses and helicopter crews.

The tragic incident is the first fatal bear attack of 2022 in Montana—and North America. Last year, two people were killed by grizzlies in Montana—a cyclist in Ovando and a guide in Yellowstone National Park—and six fatal bear attacks were recorded in the U.S. and Canada.

Read Next: Idaho Governor Files Petition to Delist Grizzly Bears in the Lower 48

Clouatre was married and the father of four children, according to the Missoulian. “The outpouring of love and support that has been shown to Clouatre and his family over the last few days has been remarkable, and to be honest, I am not surprised,” wrote Sheriff Bichler of the recent attack. “This community is one that consistently rallies together to help one another in times of need and struggle. I visited with Craig’s wife this morning and she has reiterated to me that she and the family understand that Craig loved to be in wild places and was well aware of the risks involved with that.”