The shark, estimated at 13 feet long, attacked the unidentified man as he was swimming near a rocky beach. Its the first such attack in Sidney in 60 years 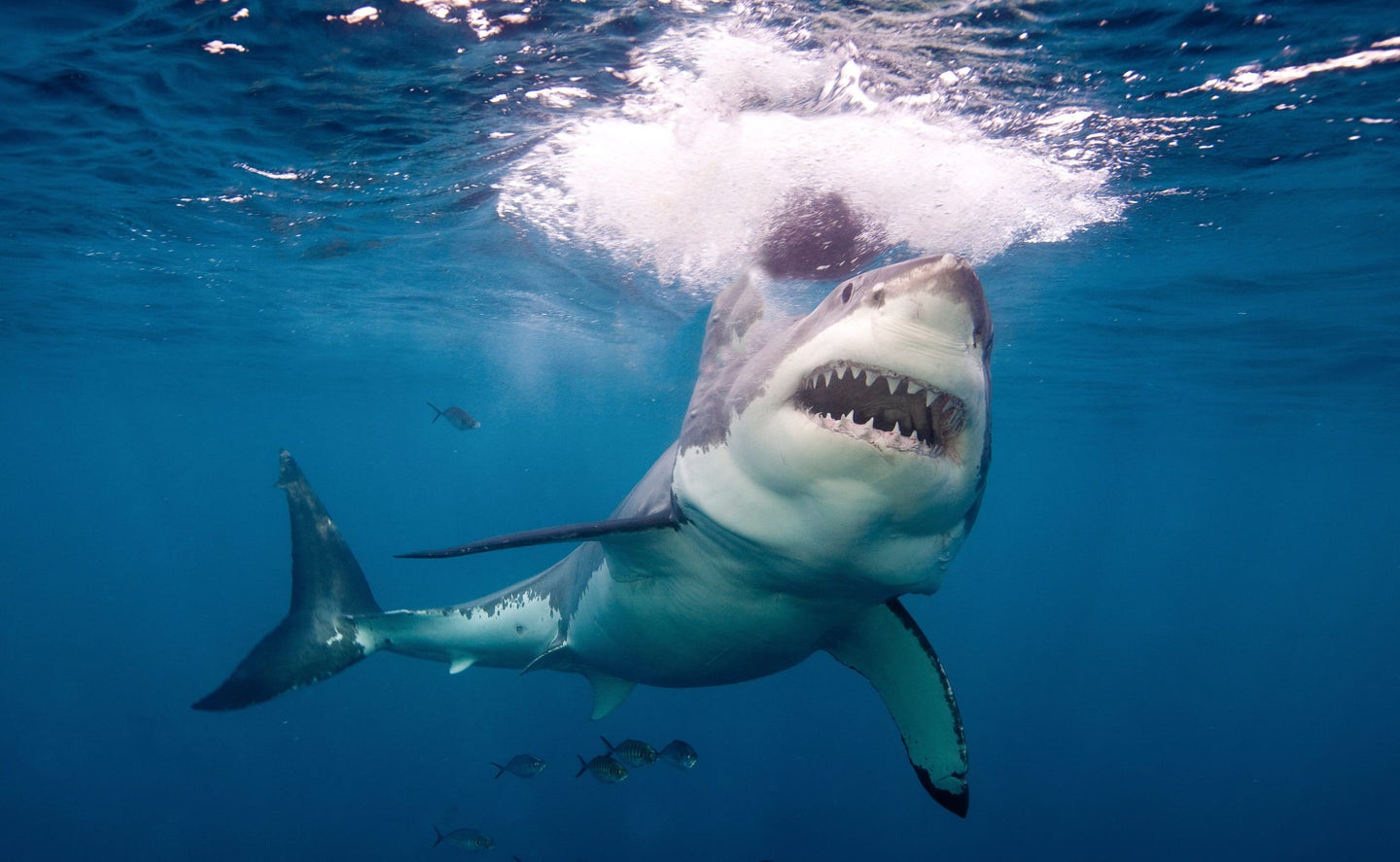 On Wednesday, there seemed little reason for concern. There hadn’t been a shark attack in Sydney in over 60 years. But that all changed at 4:30 p.m. local time when a great white shark brutally attacked a still-unidentified man as he swam near Buchan Point. Nearby paddlers, anglers, and other swimmers did not have time to offer help. One witness told the local NBC News affiliate, “We heard a yell, turned around, and it looked like a car had just landed in the water. Big splash.”

Another witness told Sydney’s 7News, “He was swimming across the headland and the shark came at full speed. It’s very hard to talk about it, because it happened like 10 meters off the rocks.” The shark itself was estimated to be 13 feet long.

Police reported that they had dispatched drones as well as personnel on jet skis and high-tech PolAir helicopters to conduct the grim search. Officers “located human remains in the water,” a police statement posted Thursday said.

The victim “suffered catastrophic injuries as a result of the attack,” New South Wales Ambulance Inspector Lucky Phrachnanh told the Associated Press, “and there was nothing paramedics could do when we arrived on scene.”

“At this stage, no shark has been sighted,” reported rescue helicopter operator Shane Daw.

Australia and US Lead the World In Shark Attacks

Shark attacks are a national problem in Australia, which trailed only the US worldwide in unprovoked shark bites in 2021.

In November, the New South Whales state government announced it would invest an additional $15 million in its Shark Management Program, making it the largest and most comprehensive in the world. The funds will support a coordinated effort on coastal beaches to mitigate the risk of attacks through such measures as nonlethal coastal traps, high-tech drumlines, coastal meshing, tagging, and shark-spotting drones.

Unfortunately, the measures did not arrive soon enough for Wednesday’s victim. Organizers of the annual Malabar Magic Ocean Swim, scheduled to take place on Sunday, canceled the event on Thursday in a show of respect for the victim’s family.