The hair-raising encounter took place off the coast of San Diego. It was filmed via drone 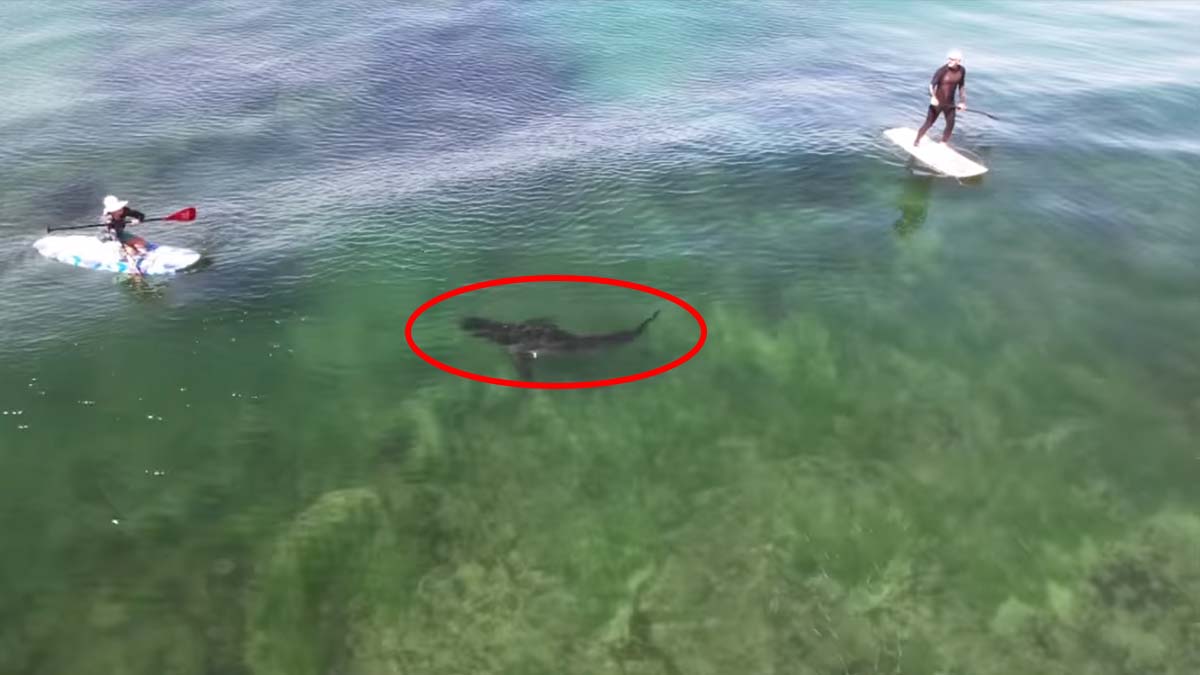 Two paddleboarders near San Diego, California had a close encounter with a big shark near San Diego. The scary incident was captured in a video recorded by a drone that was posted on Instagram by Scott Fairchild. It shows a great white shark approaching two paddle boarders and separating the pair by swimming between them. Fairchild describes the shark’s behavior as unusual. “Usually self-preservation always comes first [for sharks],” Fairchild wrote. “This [kind of behavior] is rarer—intentionally approaching head-on, and if you notice, pausing when there is a perfect triangle of separation. Then, [it] chooses to put itself in the middle between two people.”

By splitting the paddleboarders, the shark may have been exhibiting a predatory interest, though it didn’t go through with an attack. The incident took place in an area that has seen an increase in young sharks. Researchers have started tagging sharks along the West Coast with greater frequency.

“It’s good to get out and get tags in animals to figure out: Why are they here? What are they doing while they’re here?” Chris Lowe, Cal State Long Beach shark lab director and professor of marine biology, told the San Francisco Chronicle. “How close do they get to people and do they pose a risk?”

Researchers are also learning about changes to the physiology of the coastal predatory fish as they shift their diets from primarily eating fish to eating otters. In fact, great white sharks near California seem to be adapting so that their teeth are triangular and serrated—better for hunting large prey.

According to a study recently published in the Journal of Anatomy, the shape and size of a shark’s teeth can even change over its lifetime, often due to diet. Sharks naturally replace teeth that are damaged while hunting. Shark attacks on humans are extremely rare but they do occur.