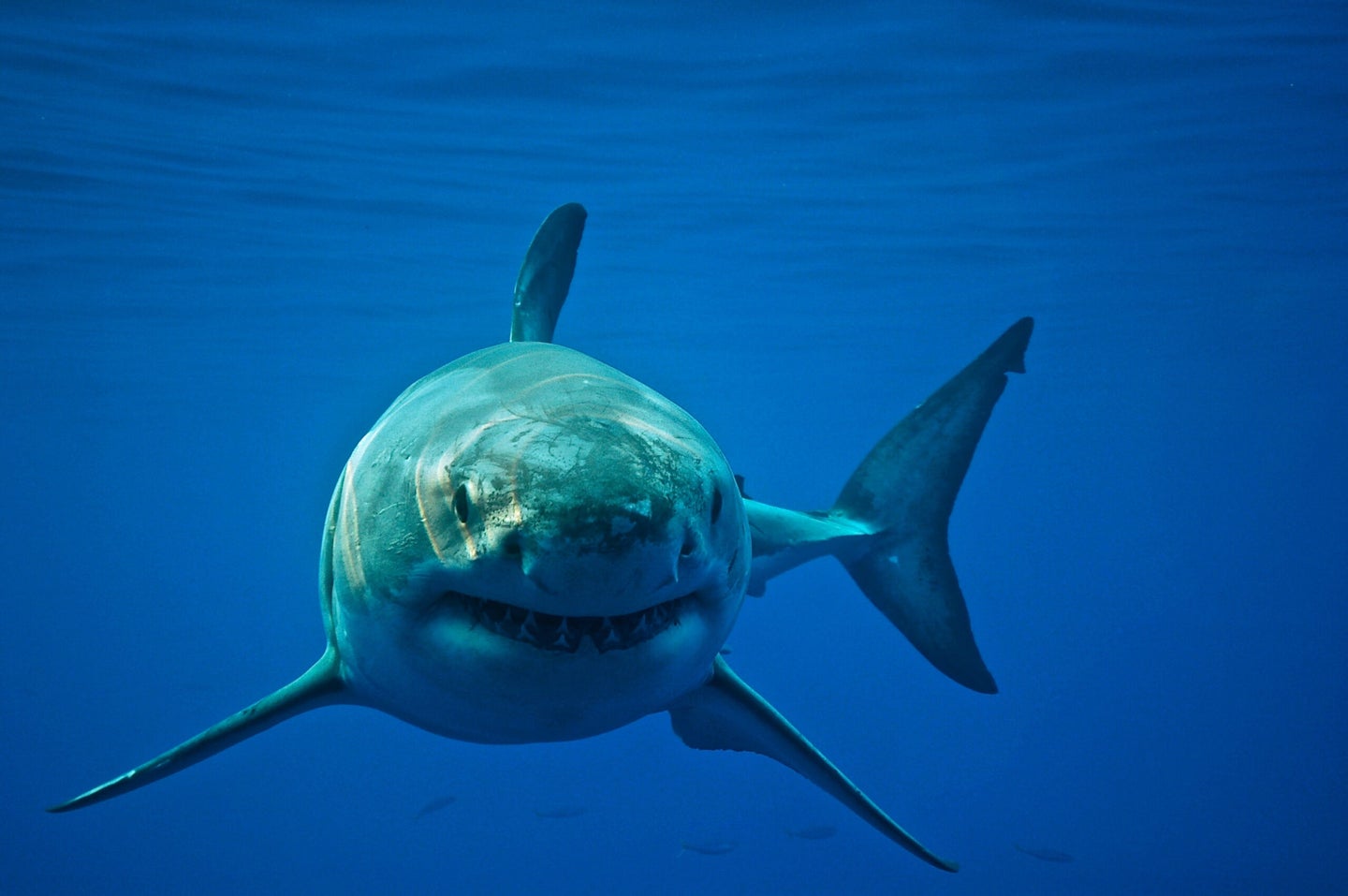 A kayak angler was out trying to catch bait off the coast of Central California in late July when something startled him: A giant great white shark nearly the size of his kayak. The big shark circled the kayak angler for several minutes. The angler, who goes by the monicker “Fisherman’s Chronicles,” posted a video of the incredibly close encounter with the apex predator on his YouTube account. In the video, he can be heard calling out to his buddy to warn him of the shark, telling him it’s “freaking massive.”

“When I spotted the shark, I was initially shocked,” Fisherman’s Chronicles tells F&S. “The sun had just come out, so the water was still a very dark blue. I was looking at the water when all of a sudden, what looked like a huge grey submarine came under the kayak. I saw its face and eyes, and seeing its white underside, instantly recognized it as a great white shark.”

The big shark circled the kayak for a full two minutes without bumping or charging the small watercraft. “I felt intimidated, but as it calmly circled me, I realized there was not much I could do about it,” he says. “I just relaxed and enjoyed the ride. This turned out to be one of the most spectacular experiences of my life.”

Read Next: Watch a Cow Moose Save Her Calf from a Bear Attack

Great white sharks can be found in temperate coastal waters around the world. They grow to over 21 feet long and weigh over 4,000 pounds. According to the California Department of Fish and Wildlife, “incidents where sharks bite humans are extremely rare in California.” The Golden State has recorded at least 181 great white shark attacks since 1950. Of those attacks, 15 were fatal, including one that occurred in Central California in December 2021.