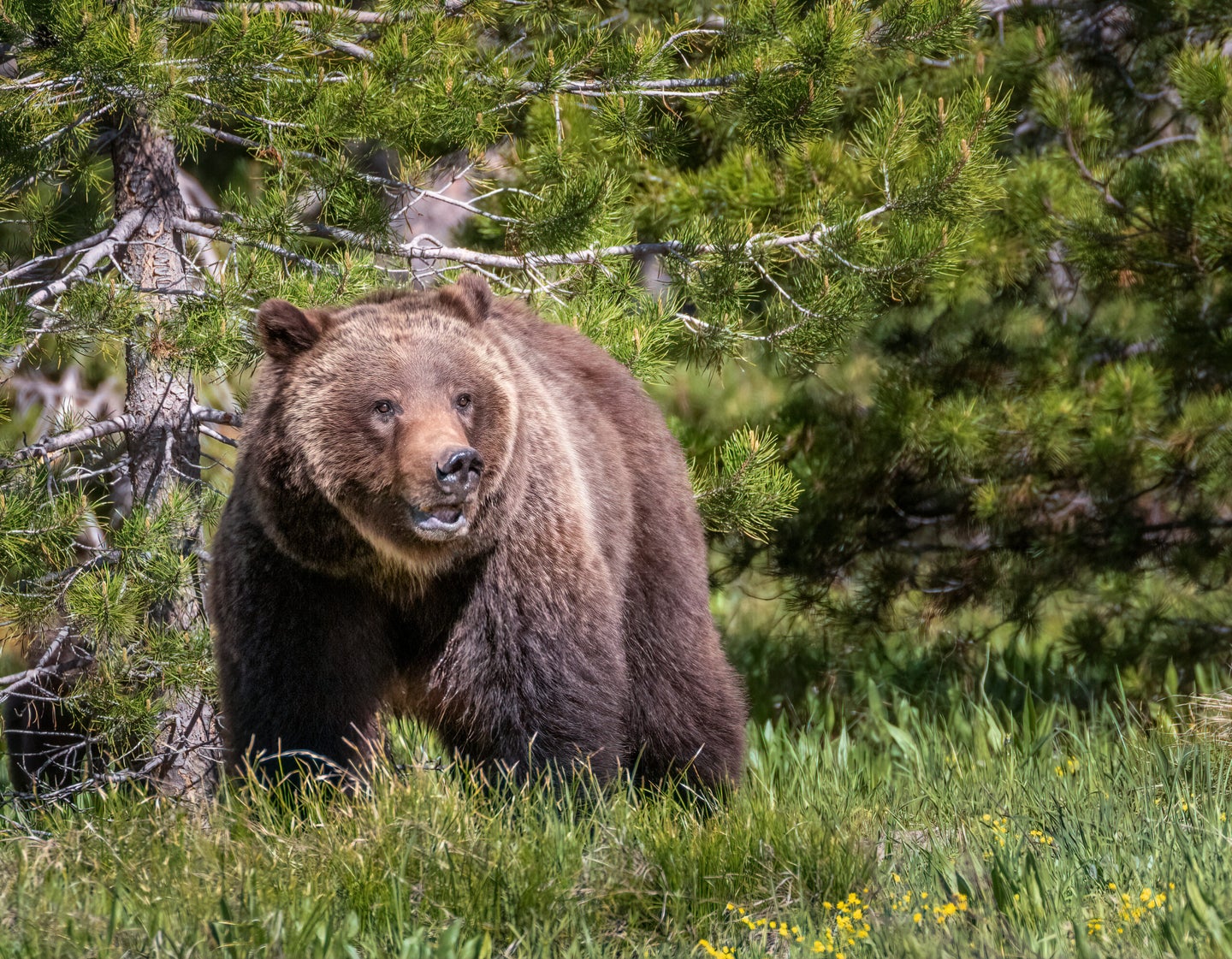 The wrestlers were shed hunting in a drainage that Wyoming Game and Fish says is home to anywhere from six to ten grizzly bears. Mark Perry via Getty.
SHARE

Two men suffered serious injuries during a grizzly bear attack outside of Cody, Wyoming on Saturday, October 15. Kendell Cummings and Brady Lowry—both members of the Northwest College wrestling team in Powell, Wyoming—were shed hunting when the attack occurred. They are now being treated at St. Vincent’s Healthcare in Billings, Montana.

“The individuals were able to call 911 from near the scene and Park County Search and Rescue was immediately activated,” explains the Wyoming Game and Fish Department (WGFD) in a press release. “Upon notification, WGFD personnel responded to the scene as well. With the assistance of a hunter in the area, a local resident, and other members of their party, the two men were able to reach the trailhead where they met search and rescue and were transported from the area.”

Cummings and Lowry were hiking with two other teammates, but they got separated from them in the moments leading up to the attack. According to Cowboy State Daily, Cummings was mauled first before Lowry rushed in and tried to pull the apex predator off of his friend—at which point, the animal began attacking Lowry as well. Both men had bear spray, but the bear stopped attacking before either of them deployed it.

In a letter to the campus, Northwest College President Lisa Watson said that both men are currently under medical care and are expected to recover fully. “I am so grateful for those who assisted these brave young men in the aftermath of this terrifying ordeal and that no lives were lost,” Watson wrote. “It took quick thinking and no small amount of bravery for this to have ended without tragedy.”

WGFD said there’s been an abundance of bear activity at low elevations throughout the South Fork and North Fork of the Shoshone River, Clarks Fork River, and Greybull River drainages this fall. The state game agency is encouraging anyone who recreates in these areas to use caution and be bear aware.

“In the vicinity where the attack occurred, reports from landowners and hunters indicate there may be six to 10 different bears moving between agricultural fields and low elevation slopes,” said Dan Smith, Cody Region wildlife supervisor with WGFD. “Game and Fish will continue to monitor bear activity in the area and work with the U.S. Fish and Wildlife Service to make management decisions in the best interest of public safety. This is a sad and unfortunate situation. We wish both victims a full and speedy recovery.”