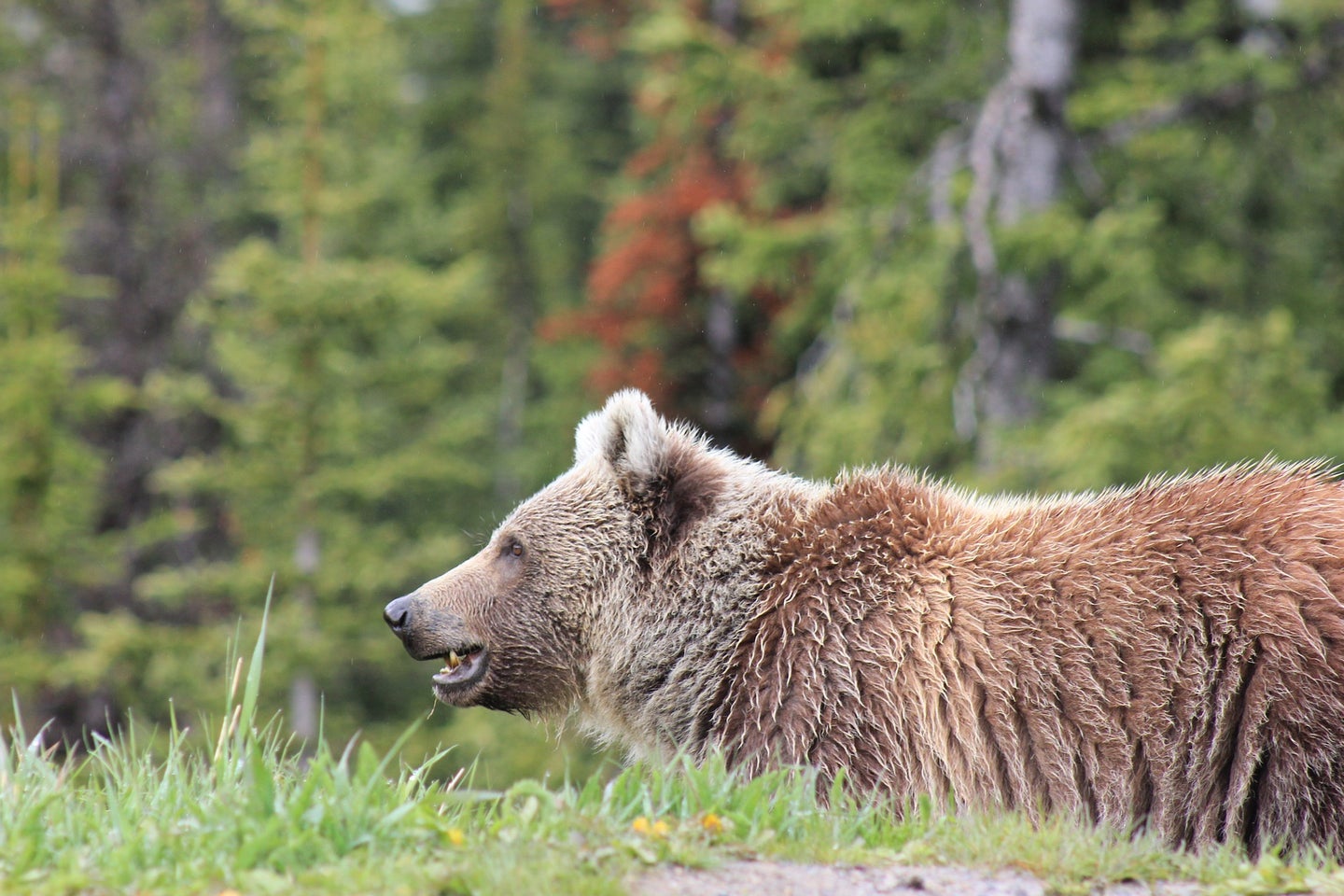 Grizzly bears can grow to up to 500 pounds in the continental U.S. Pixabay
SHARE

When Walter Running Crane Jr. spotted a grizzly sow and three cubs near the side of the road in Browning, Montana, he did what many people would do: He slowed his car to pull over to try to snap a couple of pictures of the scene. But the defensive mother sow was having none of it. As Running Crane Jr. slowed down, the big grizzly bear turned on a dime in the direction of his vehicle and attacked.

“I was taking my son and his friend to school when we saw this momma grizzly and her three cubs crossing the road,” Running Crane Jr. told ViralHog. “I was going to stop and take a picture of the bear, but as I slowed down, she started to charge my truck. Luckily my son was recording on his phone.”

Running Crane Jr. stepped on the gas, just barely avoiding a close encounter with the rapidly charging grizzly. He and the passengers were all relatively safe because they were in a moving vehicle, but the encounter makes you wonder about what could’ve happened if they had been on foot. A recent report showed that brown bears, including grizzlies, are responsible for the most fatal animal attacks in North America.

The grizzly bear is the official animal of the state of Montana. In the Lower 48, the average weight of grizzlies is 400 to 500 pounds for males and 250 to 350 for females. Mother grizzlies are known to be especially aggressive when defending their young. According to Montana Fish, Wildlife, and Parks (FWP), “a female with her young exhibits an almost reflexive response to any surprise intrusion or perceived threat to her cub,” which aptly describes the grizzly’s reaction in the scene captured on film by Running Crane Jr. Fall coincides with increased bear activity as the animals prepare for hibernation, which makes it an especially dangerous time of year for bear encounters. The FWP urges everyone recreating in bear country to take precautions such as carrying bear spray. The agency details additional recommendations on its dedicated “Bear Aware” webpage.