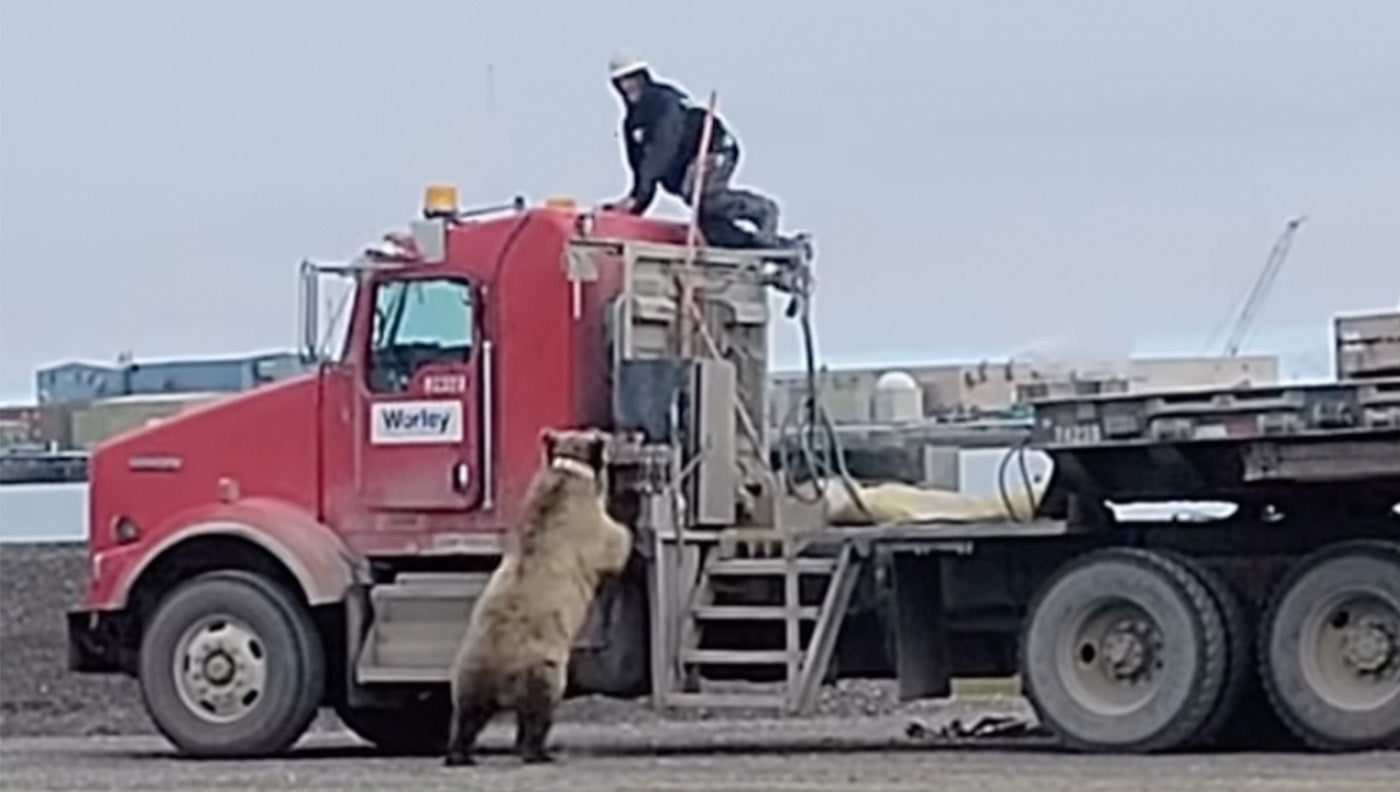 A grizzly bear corners a startled oil field worker atop a semi truck in Alaska. Rodney Schlapman via Facebook
SHARE

A worker at a remote oil field in Alaska recently had a close call with a charging grizzly bear—and his colleague caught the whole ordeal on camera. In the startling video, an employee at an Arctic pipe inspection yard at Prudhoe Bay can be seen lunging for the safety of a semi-truck roof as a grizzly sow bum-rushes the vehicle from below.

The immensity of the big grizzly is immediately apparent when she puts her front paws up against the truck’s cab, just above the gas tank, and stands upright. The cornered oil worker looks down from the relative safety of his perch. In an interview with USA Today, another employee who saw the encounter, said that the sow became agitated when she lost sight of one of her two cubs. The sow and her cubs have been spotted in the yard before, and according to the Alaska Department of Fish and Game (ADFG), the bears habitually feed from dumpsters in the area.

Read Next: Watch Two Big Black Bears Throw Down in the Middle of a Road

While rare, bear run-ins near oil operations are nothing new in the Far North. In June of 2020, a contract worker stationed on the Alyeska Pipeline, about six hours south of Prudhoe Bay, was badly mauled during what authorities with the ADFG called a predatory black bear attack. In 2014, a black bear killed a woman who was working at an oil sands plant in northwestern Alberta, Canada. And in 2017, a worker was reportedly killed and consumed by a bear at a remote drilling operation in an oil-rich region of Siberia.