Video: Grizzly Bear Runs with Wolves in Yellowstone, Then Steals Their Elk Kill

The National Park Service called this phenomenon "kleptoparasitism," which means parasitism by theft 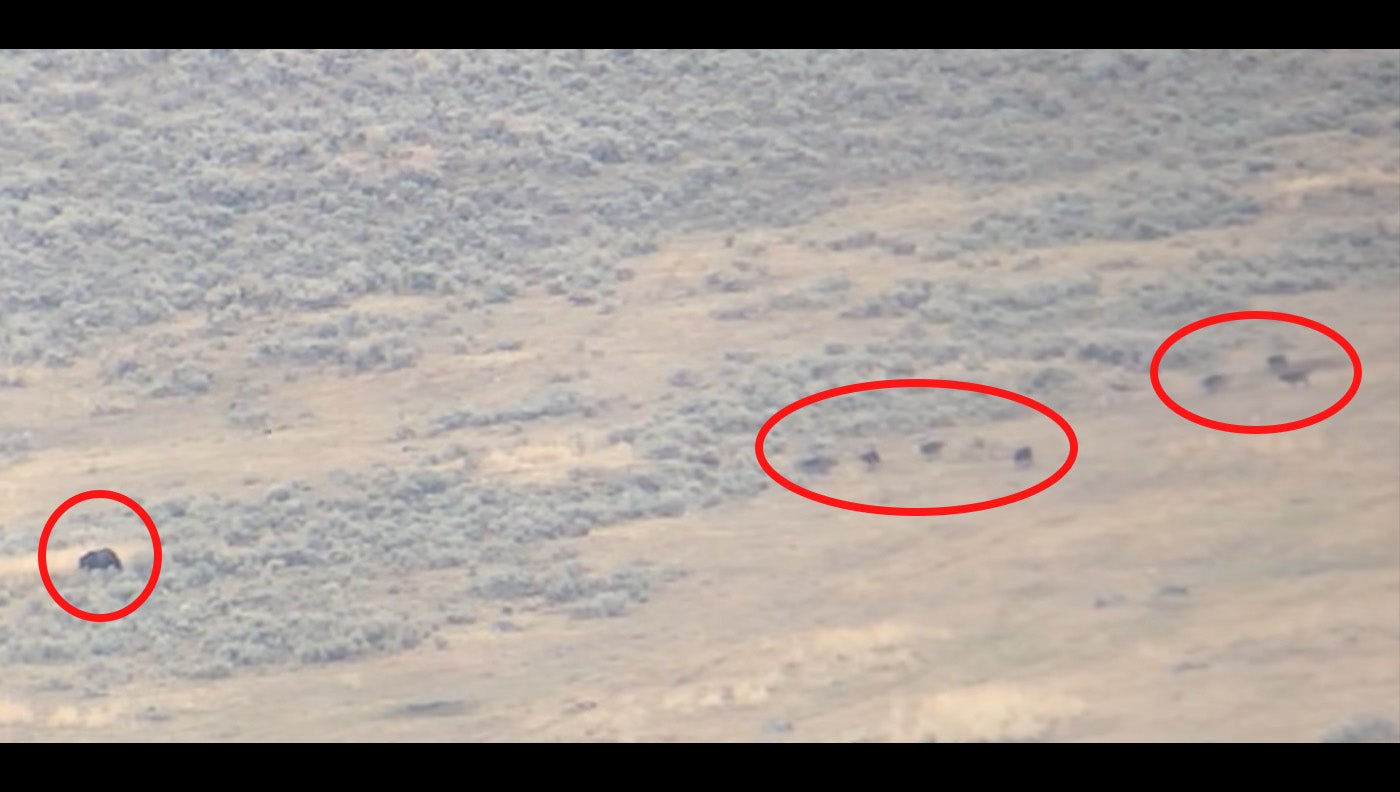 A grizzly bear traveling with a pack of wolves is a rare sight. Yellowstone NPS via Facebook
SHARE

An unusual inter-species interaction took place in Yellowstone National Park this fall, and National Park Service (NPS) biologists were able to capture it on film. In October, a grizzly bear was reportedly seen running—and even hunting—with a pack of wolves. “On the morning of October 21, 2021, visitors watching wildlife in Yellowstone’s northern range were amazed when they saw an adult grizzly bear seemingly hunting elk with the Junction Butte Wolf Pack,” writes Yellowstone National Park Service in a Facebook post on December 15. “Wolves and bears typically compete with one another for prey, so why might this be happening?”

Well, the biologists that were on the scene quickly found out why—and it wasn’t because the wolves benefited from the bear’s presence. Instead, a group of wolves from the Junction Butte Pack, which is one of the park’s most well-known, successfully takes down a cow elk, no thanks to the grizzly bear. But the bear soon shows up at the scene of the wolf’s kill and successfully pushes them off of their it to feed.

“Typically, wolves will yield to incoming bears. Since hunting is dangerous and often unsuccessful, it’s better for wolves to wait their turn at a carcass that has been usurped by a bear than it is for them to continue hunting,” explains the Yellowstone NPS. “From the bear’s perspective, it takes a lot of energy to follow a wolf pack around, but the reward is high if it successfully takes over a carcass. A fresh elk carcass is a wonderful source of fat and protein for a grizzly bear preparing for hibernation. This bear seems to have figured out that following the wolves in the morning will increase its chances of encountering a high-calorie meal.”

Yellowstone National Park is home to approximately 150 grizzly bears and at least 123 wolves, according to the NPS. Ninety percent of the wolves’ winter diets are made up of elk. Grizzly bears have also been known to effectively hunt elk, but are known as opportunistic feeders and often scavenge the kills of other predators. The Yellowstone NPS calls the recent interaction between the grizzly and wolves a case of “kleptoparasitism,” which literally translates to parasitism by theft. Science Direct explains that this phenomenon is “a form of resource acquisition where one animal takes resources from another.” Well, the big bruin didn’t care about the elaborate scientific terminology for what it did; it had a belly full of fresh elk meat.