When threatened, this mildly venomous serpent is known to play dead after putting on a dramatic display 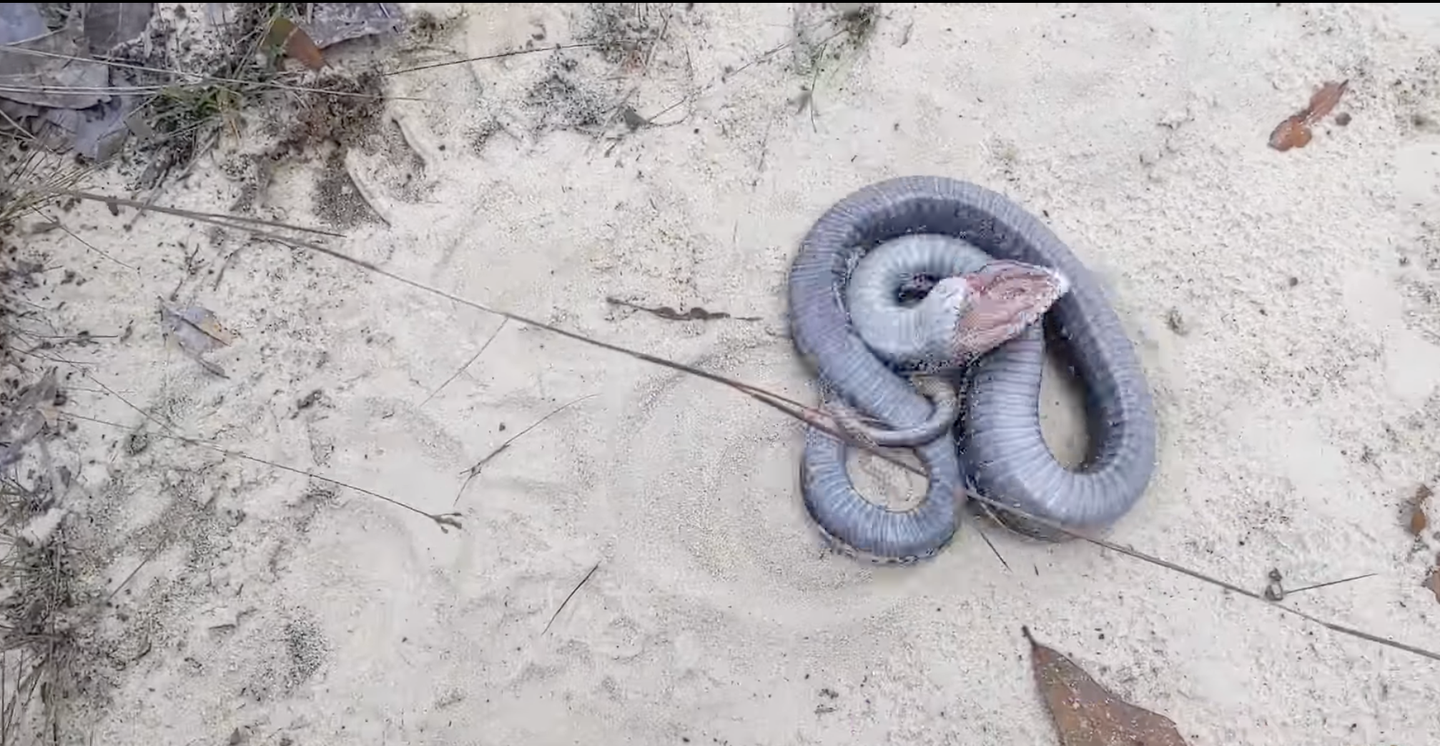 This "performance" is a unique survival mechanism. Georgia DNR
SHARE

We’ve all heard of animals “playing dead” before, but have you ever heard of a “death performance?” The Georgia Department of Natural Resources (DNR) Wildlife Resources Division posted an unsettling video of an eastern hognose snake “putting on the theatrical performance of its life.” The snake curls into itself and writhes dramatically on the ground for a good 30 seconds before freezing belly-up with its tongue dangling limply out of its mouth. According to the DNR, the snake’s demonstration is actually one of its known survival tactics.

“When this creepy critter feels threatened, it flares its neck and body by breathing in deeply and then expelling the air with an impressive hiss. If that doesn’t work, a hognose will forcefully roll onto its back and begin to writhe violently as if in terrible pain,” writes the DNR. “During this ‘death performance,’ the snake may also evert its cloacal vent, regurgitate its stomach contents, defecate, release musk, and even bleed from its mouth. Talk about dedication.”

The video is completely gross, in a totally fascinating way. See it for yourself below.

“Afterwards, the snake will appear lifeless and limp, confident that all potential predators have decided on a different main course,” adds the DNR. The eastern hognose snake is native to the southeast United States. They’re mildly venomous but rarely bite humans. The snakes often prey on small amphibians such as toads. The video that the DNR shared was recorded by a person that had a scientific collection permit. The agency reminds people never to harass wildlife.

Read Next: Two Male Cottonmouth Snakes Face Off in Battle for Dominance

“What do y’all think—does the hognose deserve an Academy Award?” writes the DNR at the end of the post. Well, I think the answer to that question is an easy yes. What say you?