Video: Watch a Cat and a Coyote Duke It Out on Homeowner’s Back Porch 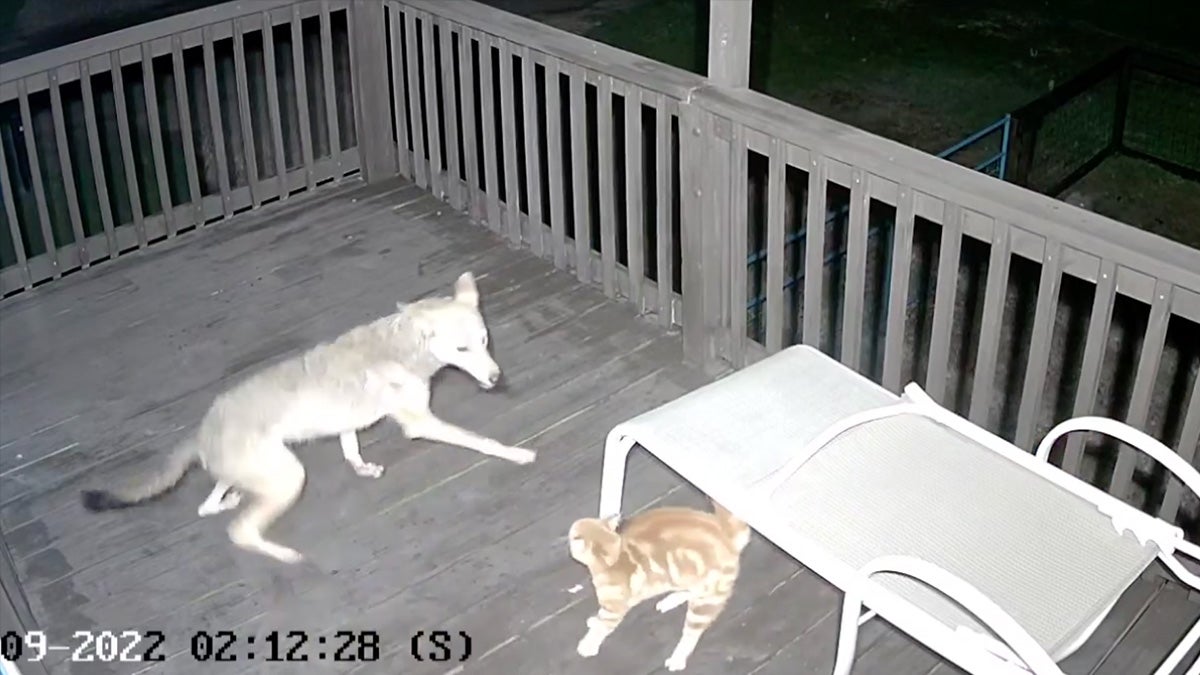 An epic fight between a cat and a hungry coyote was captured on a security surveillance camera earlier this week. The encounter took place at a beach house on Surfside Beach in southeast Texas, according to a Facebook post by Tony Gray. “[There was a] coyote upstairs on my beach house rear deck,” wrote Gray. “Someone almost lost a cat.”

The video, which appears to have been recorded in the early morning hours of June 9, shows an orange-and-white cat fleeing from a coyote. On the back porch, the cat turns and faces it attacker. The two tussle for a moment before the cat tries to climb the porch railing to escape. But the coyote snags the fleeing cat by the haunch and pulls it down onto a lawn chair, and the two critters go at it again. Finally, the cat gains some separation and bounds atop the railing and up a tall post, out of reach of the coyote.

Read Next: Alaska Woman Escorts Opossum Out of a Brooklyn Bar

According to ABC 7, Surfside Beach has experienced a rise in coyote sightings in recent months. The town is working with Texas Parks and Wildlife to find ways to address the problem. But in the meantime, one cat did what it had to to survive. It’s currently unknown where the cat went after the attack or who—if anyone—owns it. But we do know that it’s one hell of a fighter.