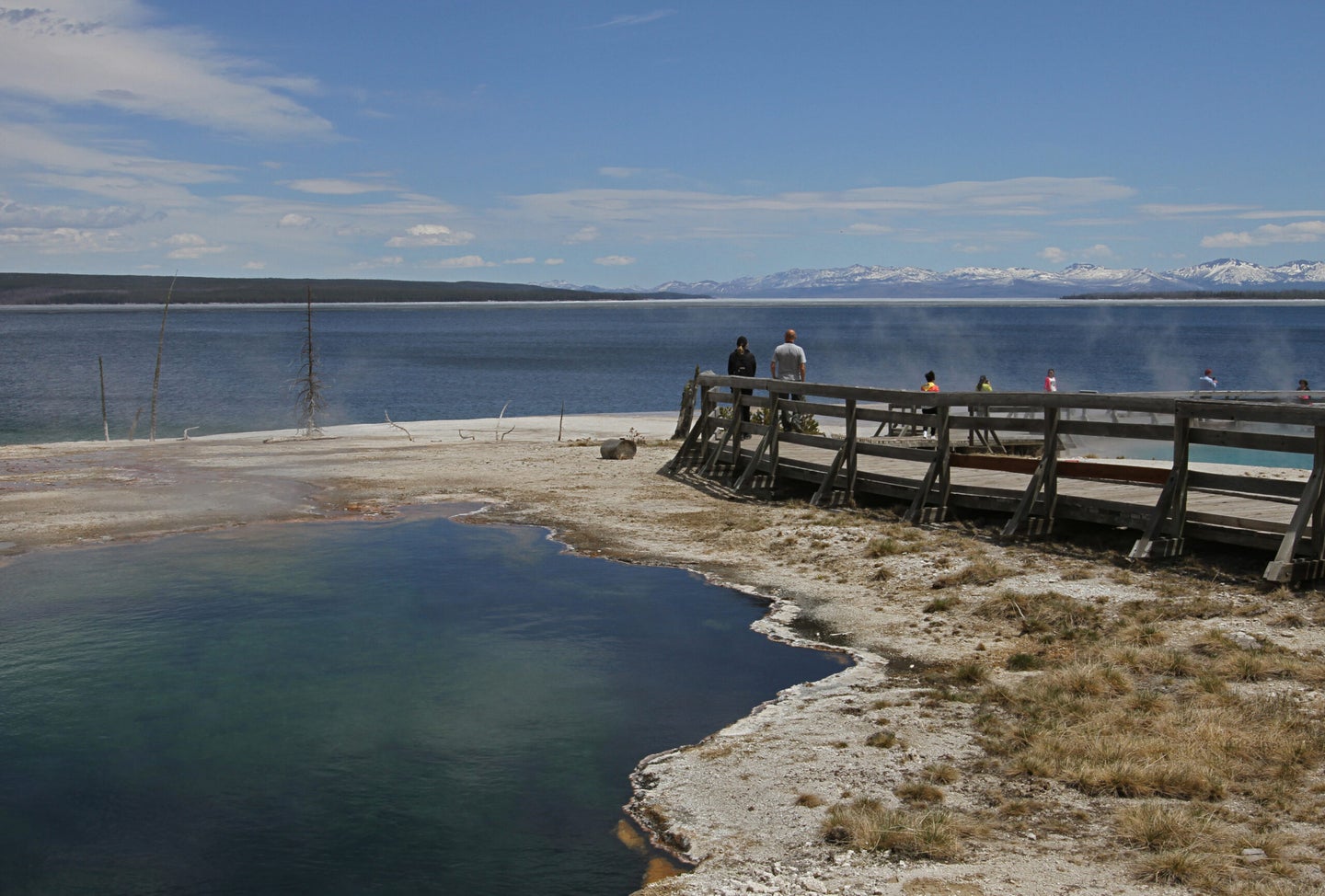 A Yellowstone National Park employee made a shocking—and somewhat horrifying—sighting earlier this year. On Tuesday, August 16, the park staffer spotted part of a human foot in a shoe floating in a hot spring in the southern part of the national park.

The unexpected discovery took place at Abyss Pool, which is in the West Thumb Geyser Basin. The basin is a popular tourist destination and has a parking area right off of the park’s main loop road. With a depth of 53 feet, Abyss pool is one of the deepest hot springs in the park. According to the National Park Service (NPS), the spring’s superheated water cools as it reaches the surface, before it sinks and is replaced by hotter water from below. The constant circulation keeps the water from erupting, as it does in Yellowstone’s famous thermal geysers, and may have played a role in surfacing the dismembered limb.

The human foot discovery led to a temporary closure of Abyss Pool, but the thermal feature soon reopened to visitors. Park officials immediately launched an investigation into the grisly finding. On November 17, they announced the identity of the person involved in the incident—Il Hun Ro, a 70-year-old male from Los Angeles, California. Yellowstone law enforcement used DNA analysis to confirm the identity.

“The investigation determined, to the best of our knowledge, that an unwitnessed incident involving one individual happened on the morning of July 31, 2022, at Abyss Pool, and no foul play occurred,” wrote the NPS. “Based on a lack of evidence, the circumstances surrounding the death of Ro remain unknown. This investigation has concluded, and the park has no additional information to share.”