After the attack, the man's son helped him flee the area on a horse, and he was later airlifted to a hospital in Utah 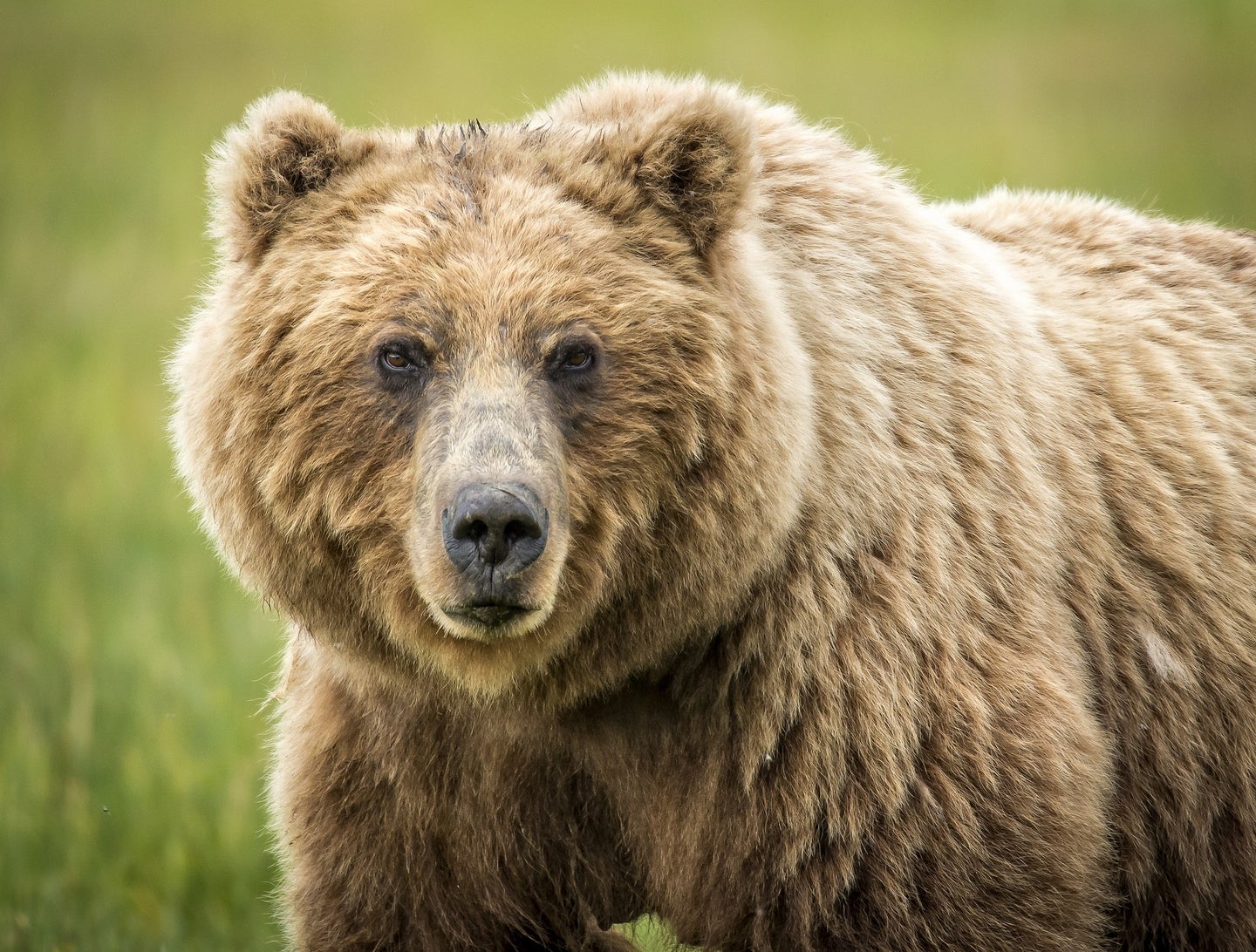 According to the Sublette County Sheriff's Office, the man was hunting elk when the bear attacked him. J. Day Pix. Pixabay
SHARE

Lee Francis of Evanston, Wyoming was hunting in the Sawtooth Mountains with his son on the evening of Friday, October 21 when a grizzly bear charged and attacked him. The 65-year-old hunter fired several rounds from a 10mm handgun before the bear eventually retreated, but he inadvertently shot himself in the leg during the chaos of the attack. As a result of the gunshot wound, Francis was later airlifted to a hospital in Utah.

“He was trying to fight the bear,” Sergeant Travis Bingham with the Sublette County Sheriff’s Office told Field & Stream. “He put his leg up in self-defense to kick the bear off of him, and as we was discharging the handgun, one of the bullets struck his leg.” After the bear fled the area, Francis’s son activated an SOS device that alerted the local authorities. He then loaded his father onto a horse and took him to a nearby trailhead where they rendezvoused with a rescue party on UTVs.

According to Bingham, Francis and his son were hunting elk in the Bridger-Teton National Forest at the time of the attack. Francis’s son administered some preliminary first aid, packing the gunshot wound with bandages, before ushering him out of the area on the horse. Once they met with rescuers, Francis was taken to a nearby ranch where a medical helicopter was awaiting his arrival. He was then flown to the University of Utah Hospital.

Bingham said that his condition is still unknown to Sublette County authorities at this time. “I think Game & Fish is trying to talk to the hunter and they’re looking for the bear today,” he said. “We’re not really sure how substantial the bear part of the attack was. The biggest concern was blood loss from the gunshot wound.”

Francis’s attack marks the second grizzly bear-human conflict in Wyoming in less than two weeks. A previous incident involved two college wrestlers who were shed hunting near Cody, Wyoming when they surprised by a grizzly in thick brush. That bear severely injured both men, but they managed to fend it off and survive the attack.